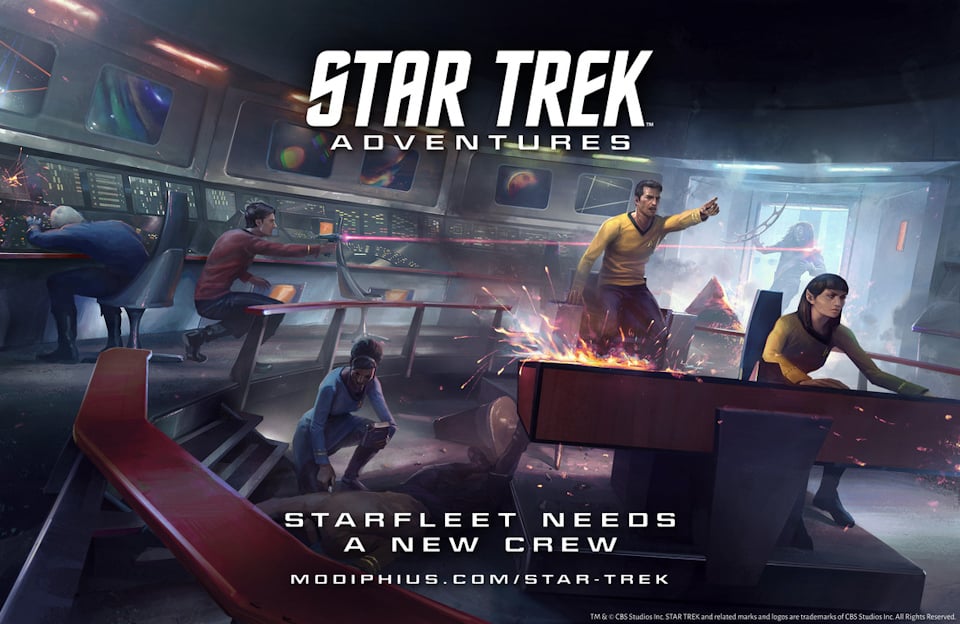 Fans have been hungry for a new Star Trek RPG for a long time now, so this should be some good news. Modiphius Entertainment has announced that a new RPG called Star Trek Adventures is currently in development. This will be the first new Trek RPG in almost 15 years.

Sounds like my kind of game. I know a lot of people who have been waiting for something like this. There will also be a new miniature line that will release around the same time. 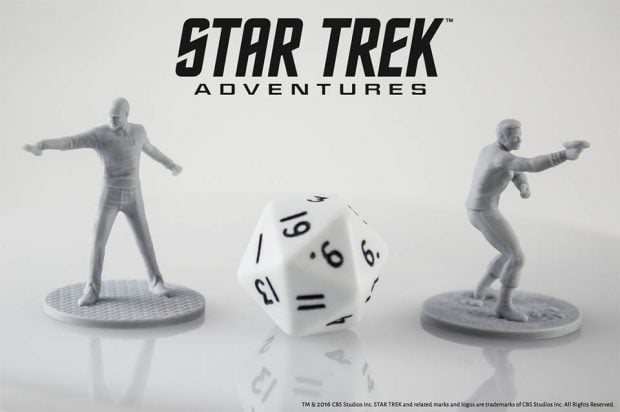 For those interested, there will be a play test starting in early September. Registration for the play test will take place daily at the Modiphius booth #2737 in the Gen Con exhibit hall August 4 – 7, 2016 (and on the Modiphius website through the middle of August). Gen Con Participants get their choice of ship for the game along with a free Kirk or Picard miniature. I can’t wait to play this one.