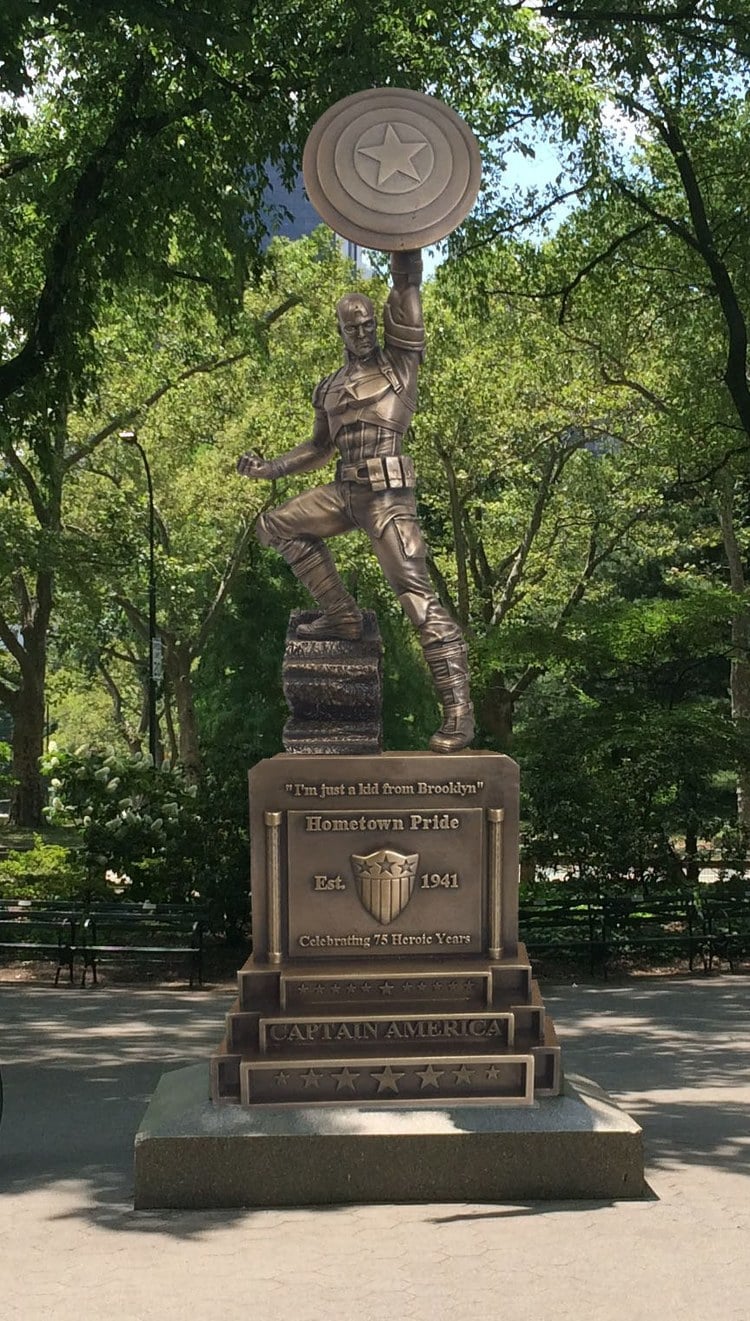 It was a few weeks ago when we first heard that Marvel would be unveiling a 13-foot bronze statue of Captain America at San Diego Comic-Con before it goes to Steve Rogers’ hometown of Brooklyn, New York. Well, the statue was unveiled this week, and it looks great.

Check out that photo. This is a beautiful statue, worthy of celebrating a true American hero. It was designed by Comicave Studios and it really does look stunning. They really did a great job with this one. Cap is standing tall, with his shield raised above his head.

Naturally, there’s a special tie-in comic that will incorporate the statue into the the Marvel universe. The comic will be available at this week’s SDCC.