LEGO enthusiast Paul Hetherington followed up his impressive Joker’s Funhouse diorama with another one based on Batman vs. Joker. This time he took it back to the 1950s. Paul’s Batman vs. Joker Gotham Theater Showdown sees Bats and Robin take on Joker and his gang as they unleash Joker Gas on the police in front of a beautiful Art Deco theater.

The diorama has several electronic effects, including a recording of Joker’s laugh and the spinning rotors on the Batcopter. But my favorite part is the laughing police troop. 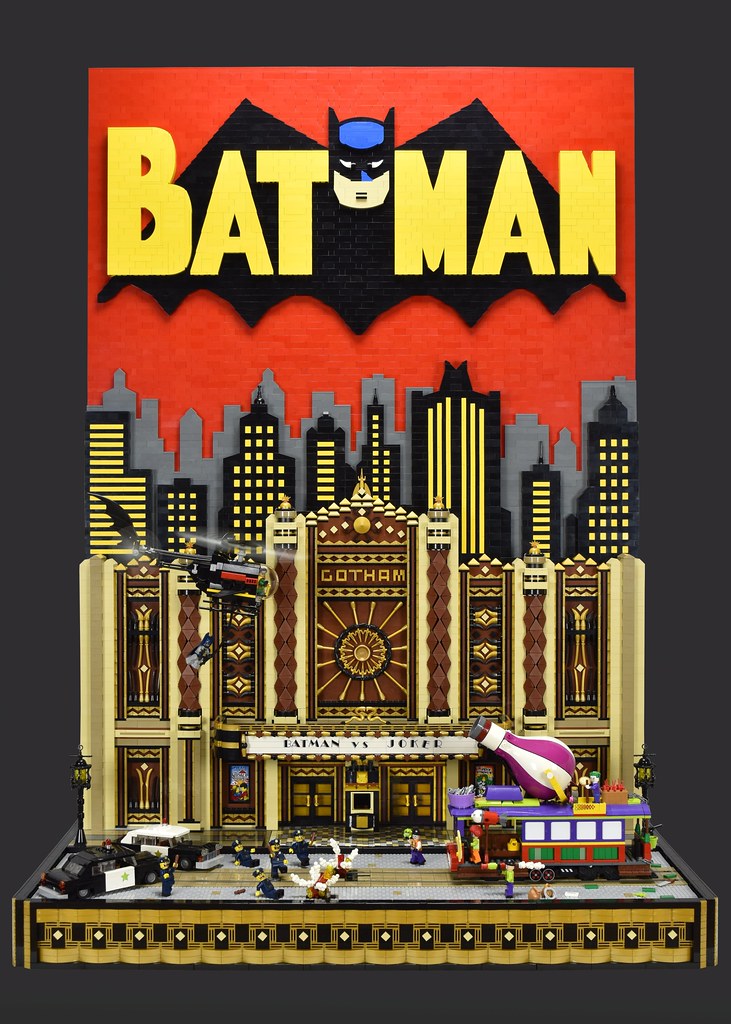