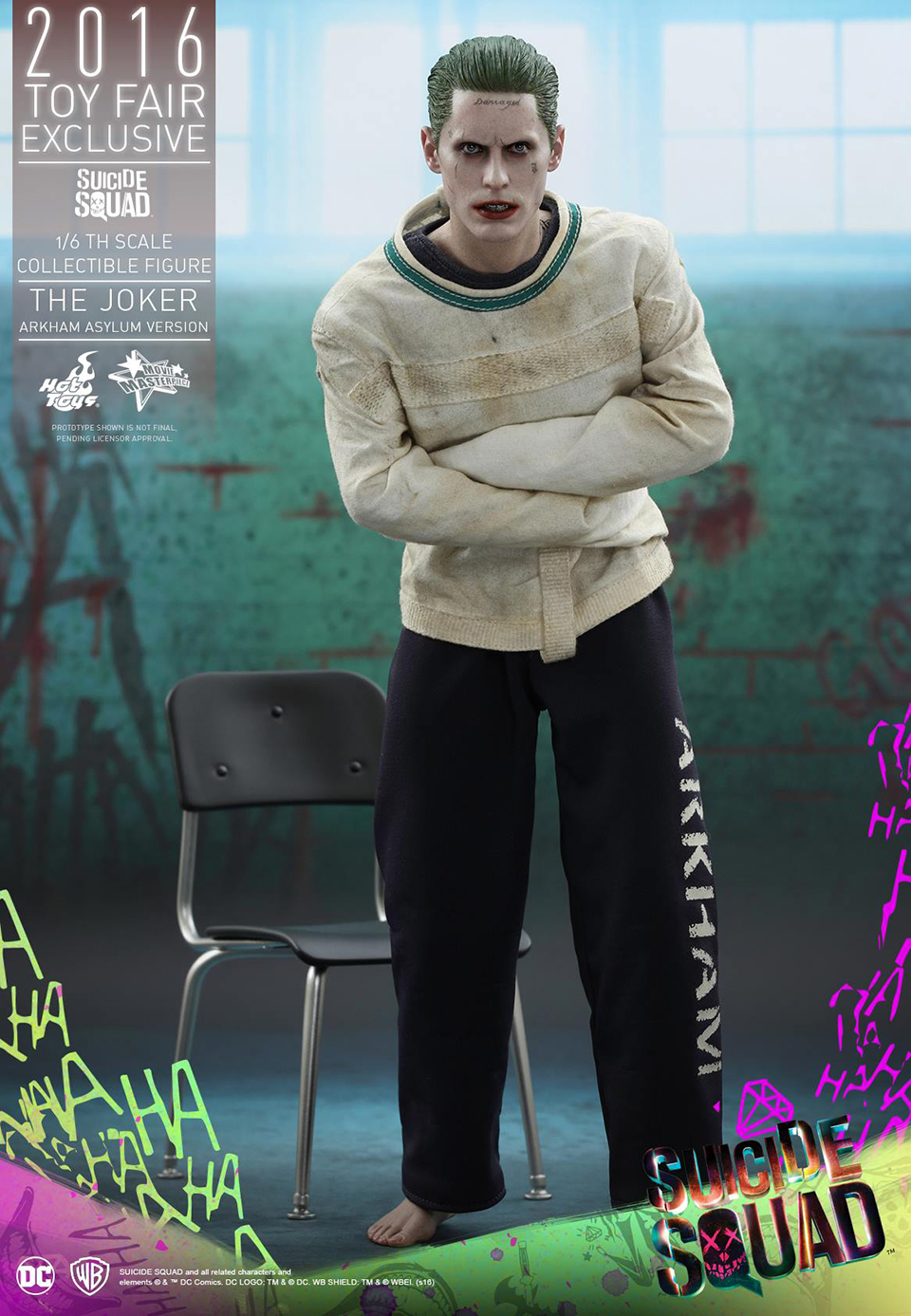 Hot Toys’ first take on Jared Leto’s the Joker from Suicide Squad is underwhelming but still well done. He’s dressed in a weathered straitjacket and comes with a chair, a Joker card and an Arkham Asylum backdrop. I think the headsculpt is nicely done too. It’s just that the character design itself is trying too hard to be edgy.

The word “damaged” tattooed on his forehead, then a hand of cards on his shoulder, and the “Ha ha ha” on his chest that’s of course not on this figure. Really? It’s like whoever designed this was so concerned that moviegoers wouldn’t be able to get that he’s the Joker. But what irks me the most is that tiny tattoo of a star on his face. Just… what? Leto could turn in the greatest take on Mr. J ever and these tats would still be awful. Collectors, let out a deep sigh and head to Sideshow Collectibles. The figure costs $220 (USD). 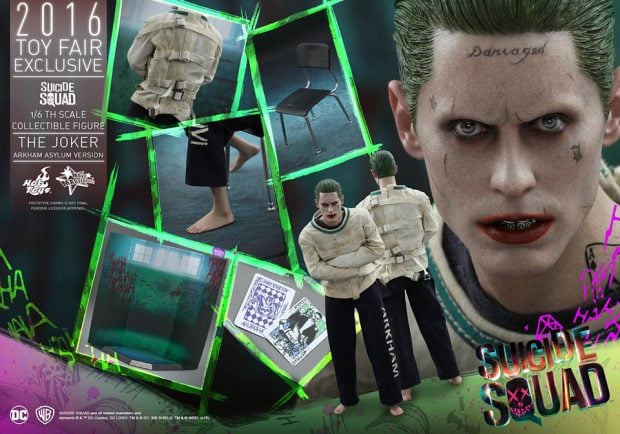 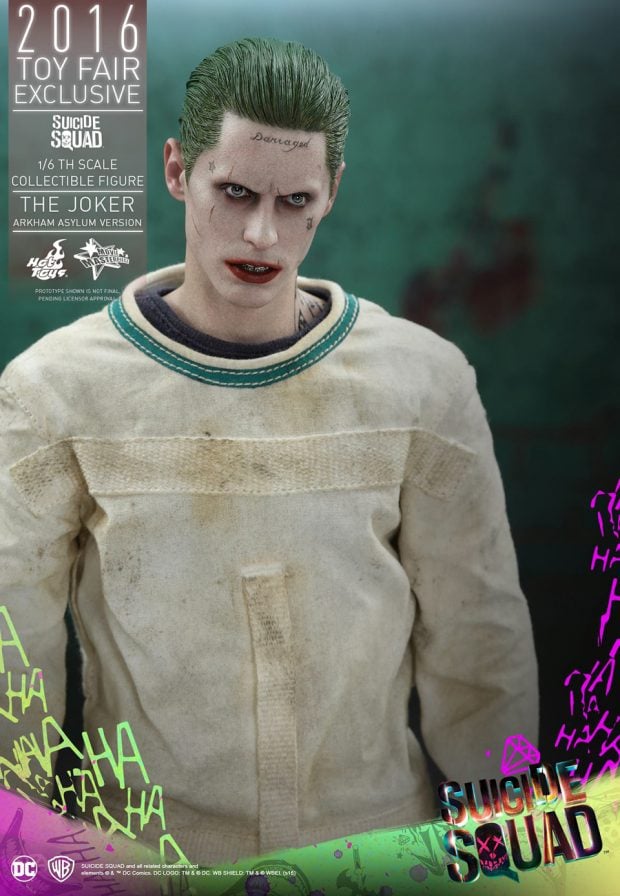 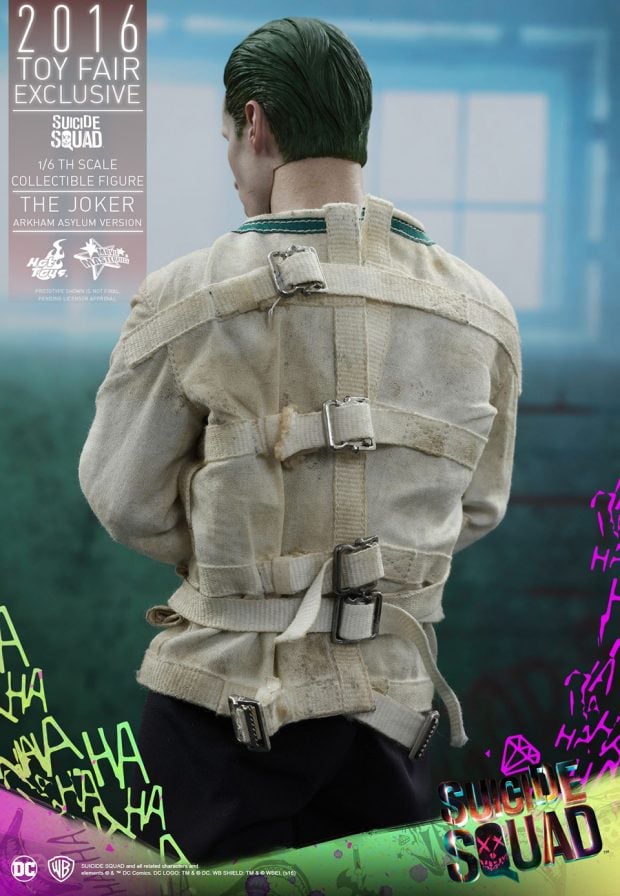 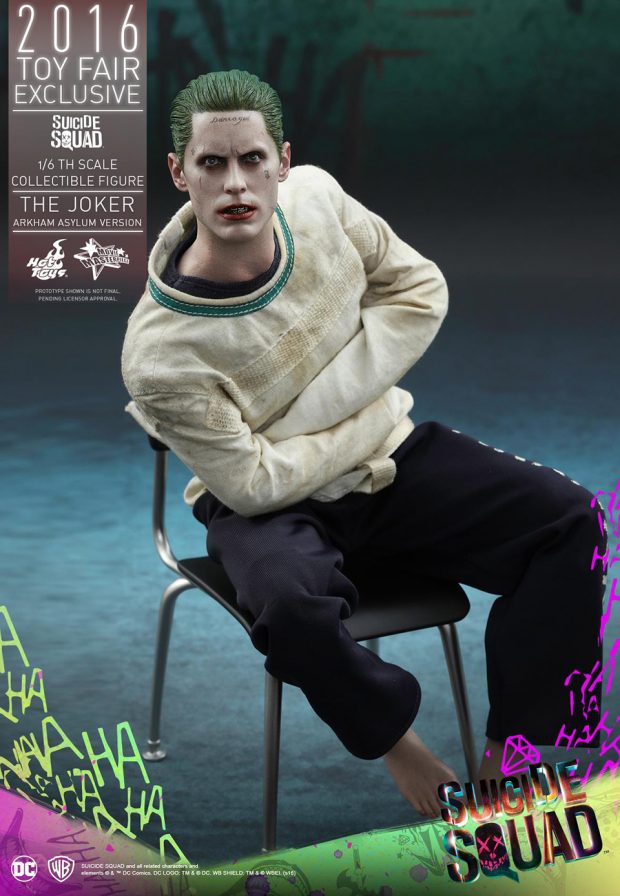 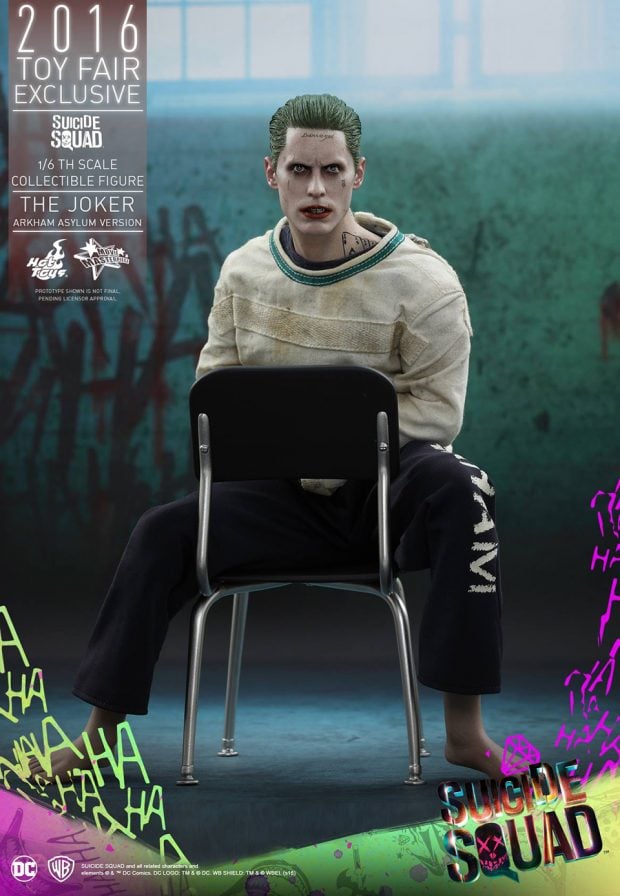 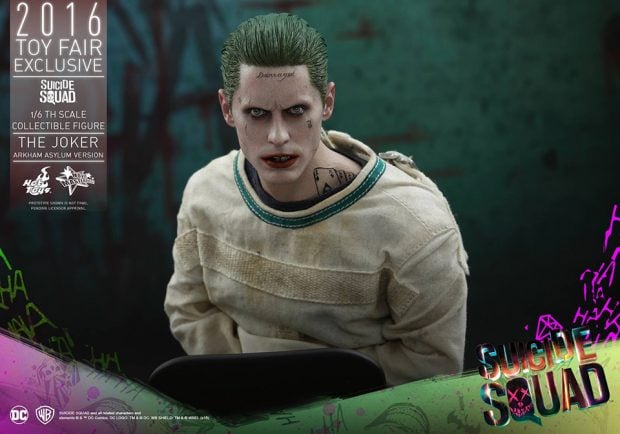 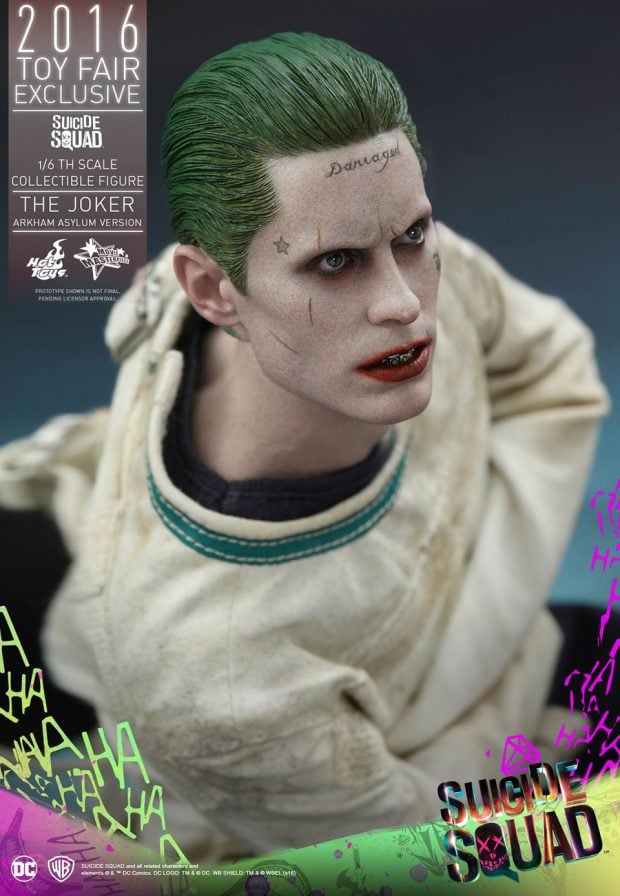 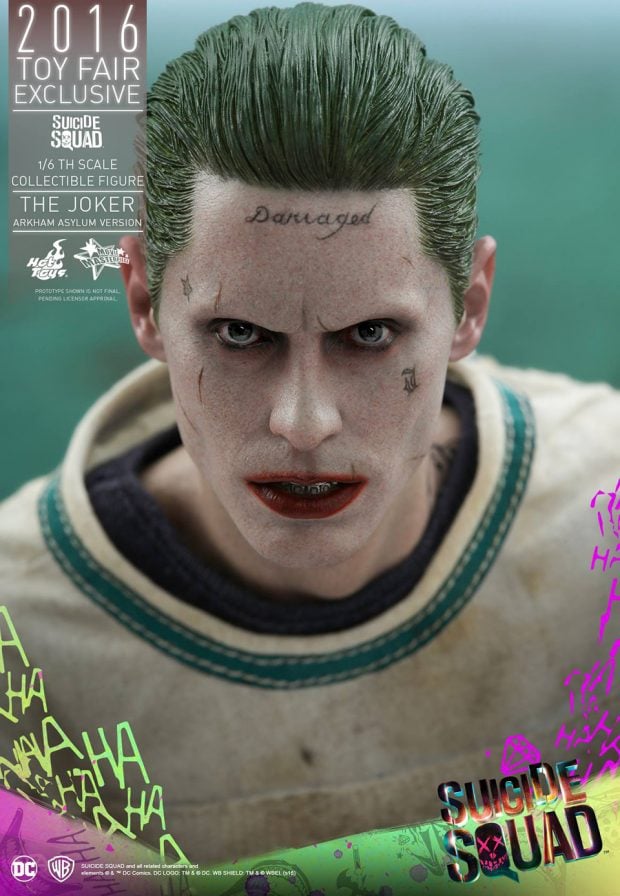 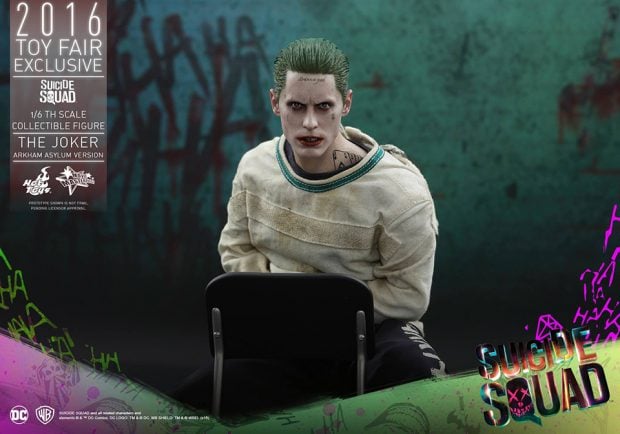