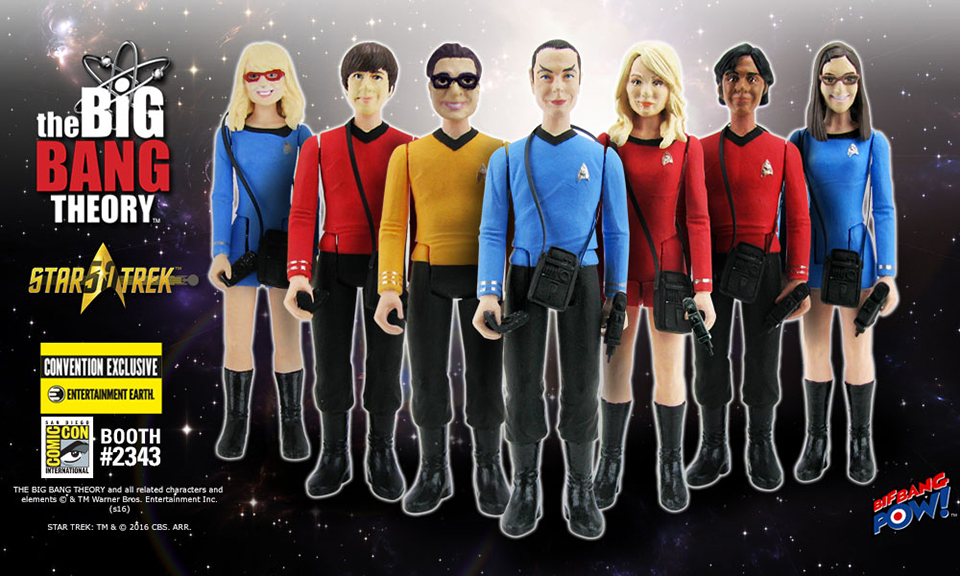 Bif Bang Pow is bringing a set of action figures that will be divisive to say the least. It consists of the main characters of The Big Bang Theory dressed up as the Enterprise crew from the original Star Trek. Each figure has five points of articulation and comes with a tricorder, a phaser and a communicator. In addition, their packaging has a pop-out diorama of a stage set from the comedy show.

The figures will be sold first at Entertainment Earth’s SDCC booth, after which the remaining stock will be allocated to pre-orders made on the store’s website.

While the figures may look like harmless bandwagon merch, especially to those who don’t watch The Big Bang Theory, I imagine some Trekkies and geeks in general would frown upon this collaboration. While the show revolves around smart characters with geeky pastimes – and graced with cameos from geek gods such as the late Leonard Nimoy, Stephen Hawking and Carrie Fisher – it doesn’t always have a nuanced representation of Sheldon and company’s real life counterparts, with a considerable amount of its humor stemming from the perspective that these nerds are unrelatable or that they find it hard to fit in. In short, the show laughs at them more than it laughs with them. I think its first season is legitimately funny and creative, but it rapidly went downhill from there and the characters didn’t evolve too much. But I guess that happens to most sitcoms, especially those that go on for as long as The Big Bang Theory has. 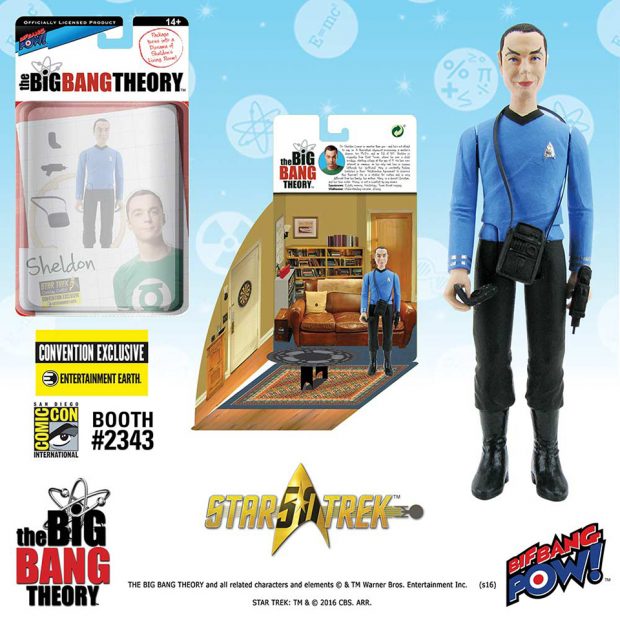 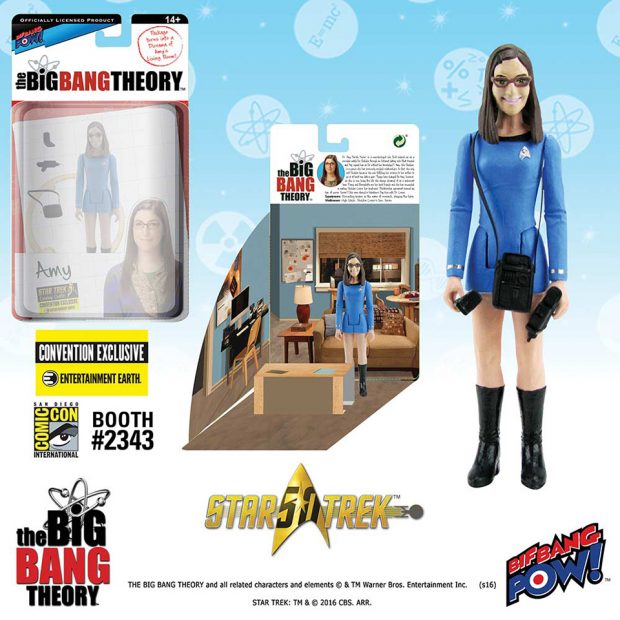 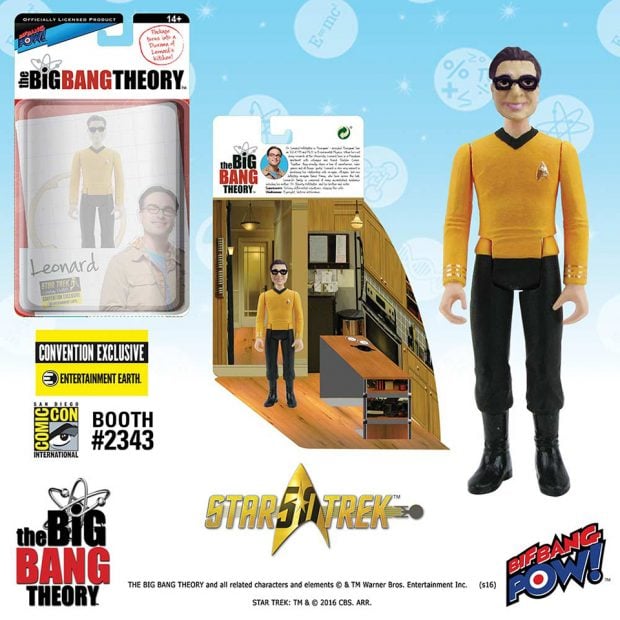 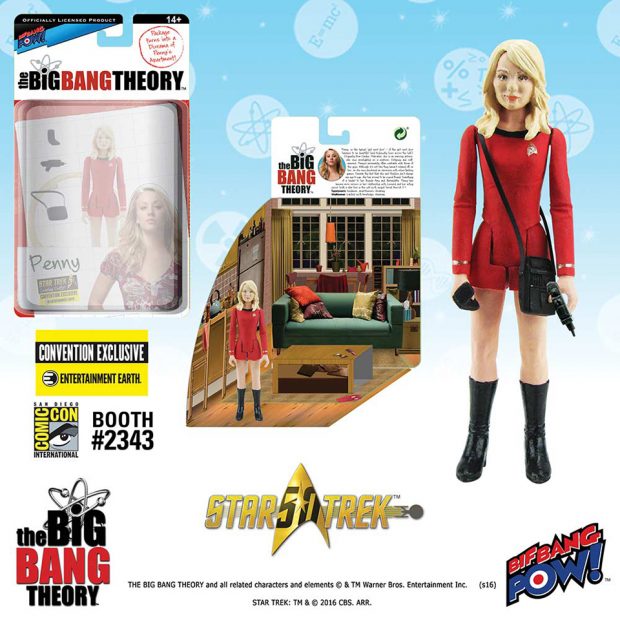 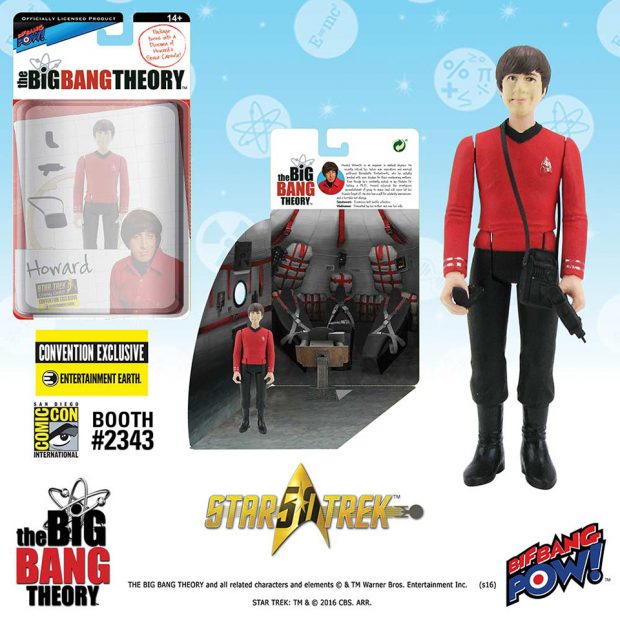 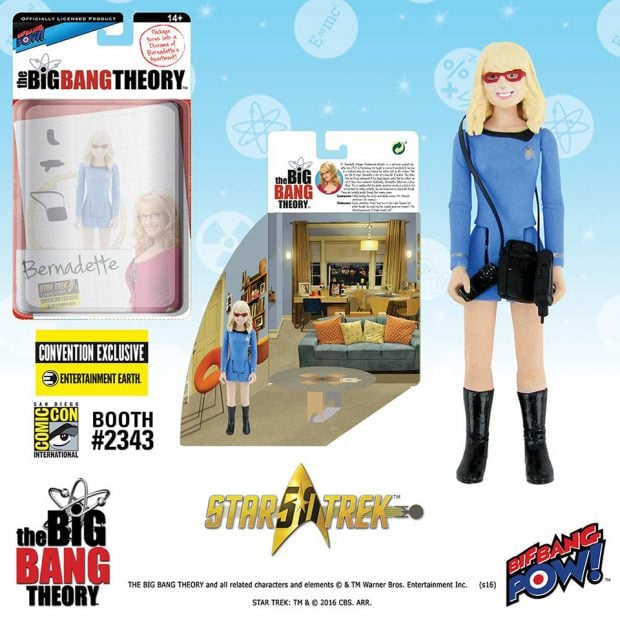 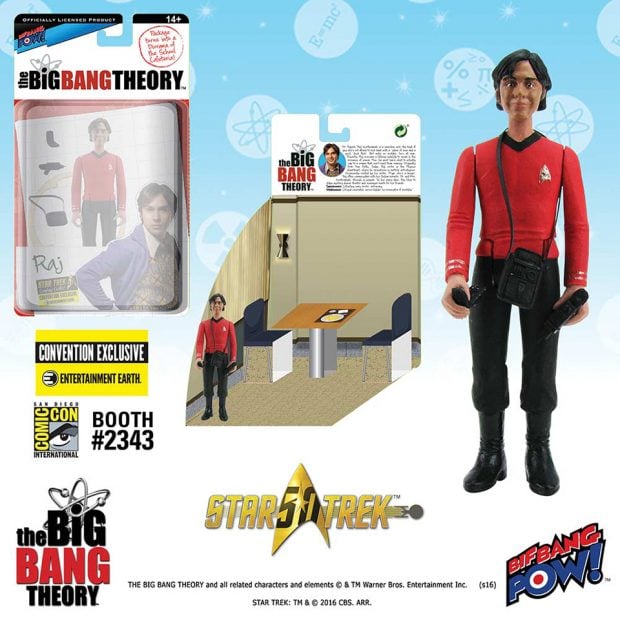