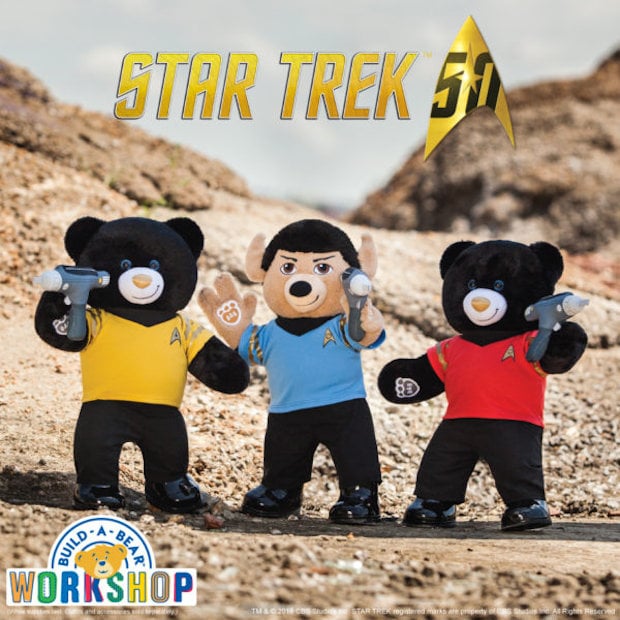 Build-A-Bear has announced the release of a 50th Anniversary Star Trek collection. The Spock Bear is a 17-inch bear with Spock’s ears and posed with his hand signal. One paw says “Live long and prosper” and the other has the Star Trek 50th Anniversary logo. You can personalize him with outfits and accessories as usual. 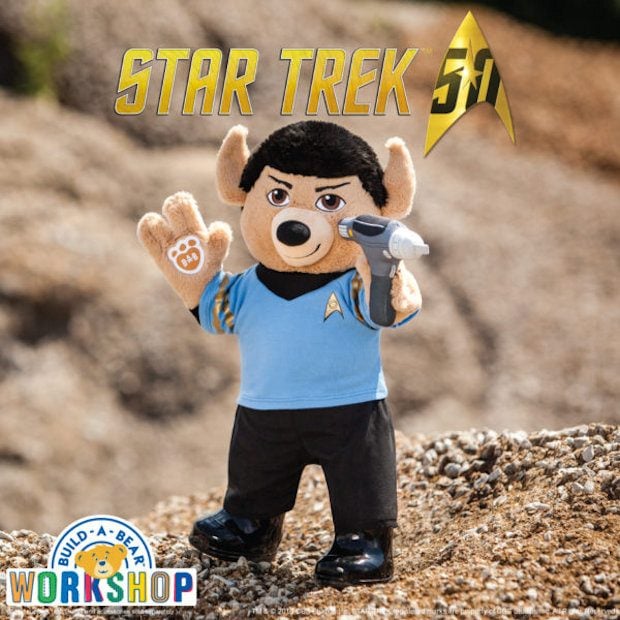 There’s something for everyone in this lineup. If you love Trek and bears, get yourself a few. 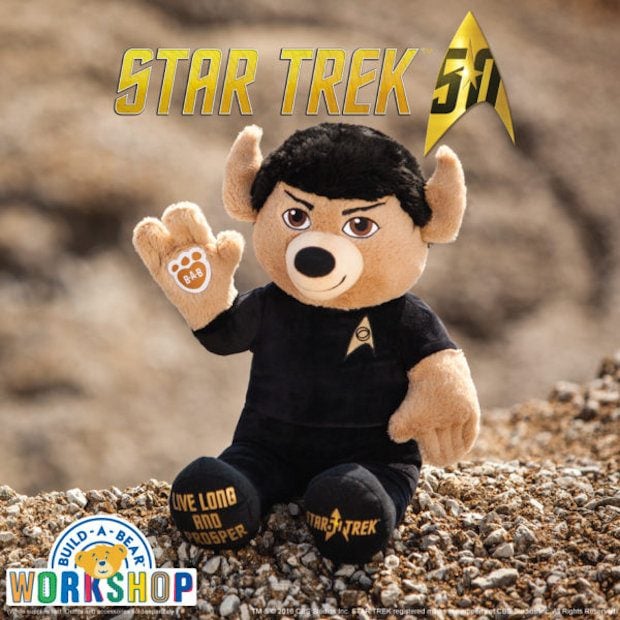 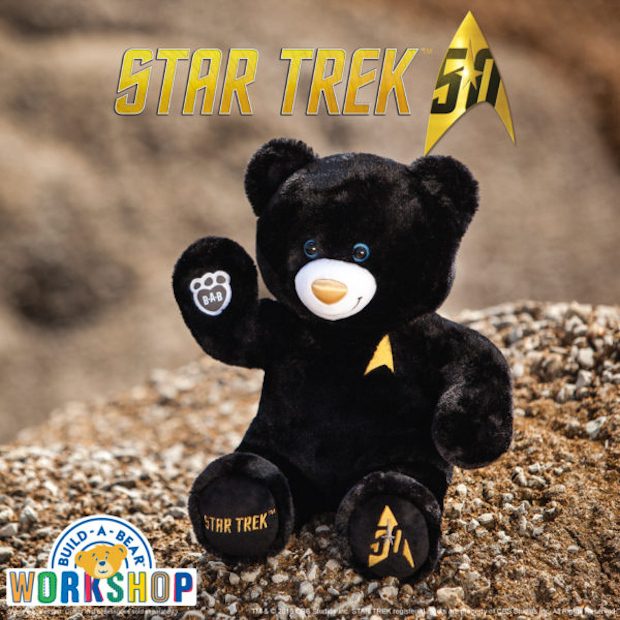 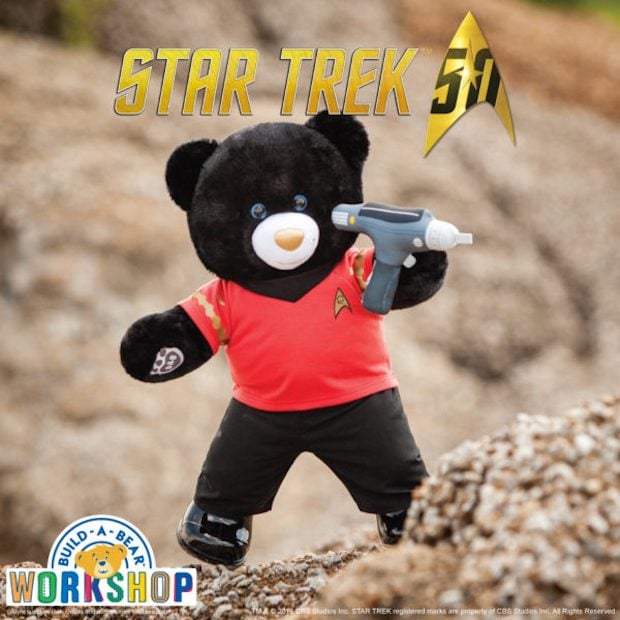