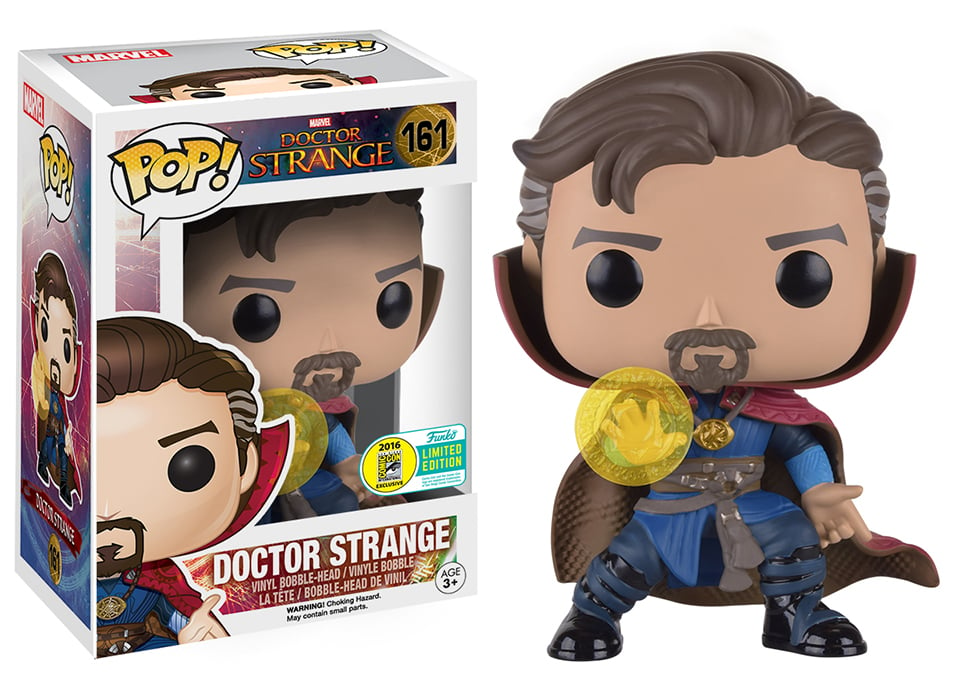 Funko has several cool exclusive figures for its SDCC booth, such as a Sex Bob-omb 3-pack and a pair of glow-in-the-dark Duck Dodgers. But my favorite out of the revealed figures so far is this updated take on the Sorcerer Supreme. I prefer this style more than the classic one with the brightly colored costume, which by the way is also getting its own Pop! figure and isn’t exclusive to Comic-Con.