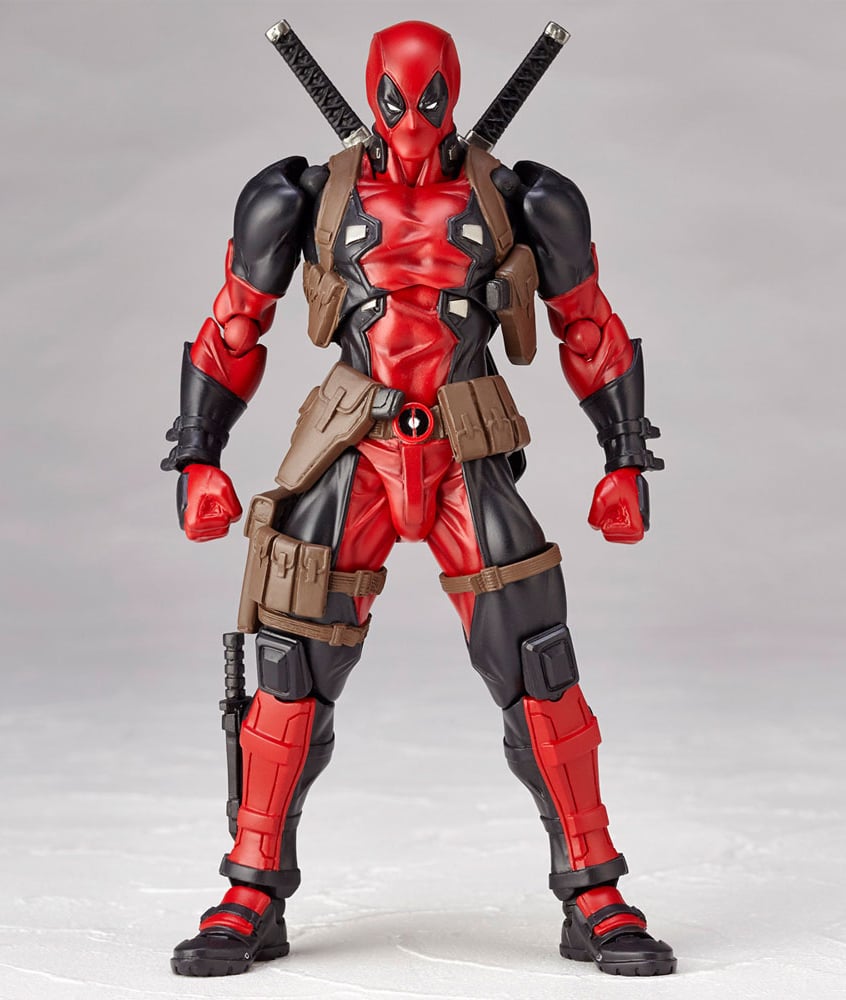 The Merc with a Mouth gets an extremely poseable action figure courtesy of Kaiyodo’s Revoltech brand. According to ComicBook, Deadpool is the first figure in Revoltech’s new Amecomics Yamaguchi collection and will be followed by Spider-Man and Venom. The 6″ figure has 30 points of articulation, two heads – one serious and one mad – four pairs of eyes including a pair with hearts on them, two swords and two pistols. It’s not exactly perfect though.

As The Fwoosh points out, the heads of this otherwise 5-star figure are disproportionately small. And I think that his shoulders are too big, but that’s just me. You can pre-order it now from BigBadToyStore for $68 (USD). 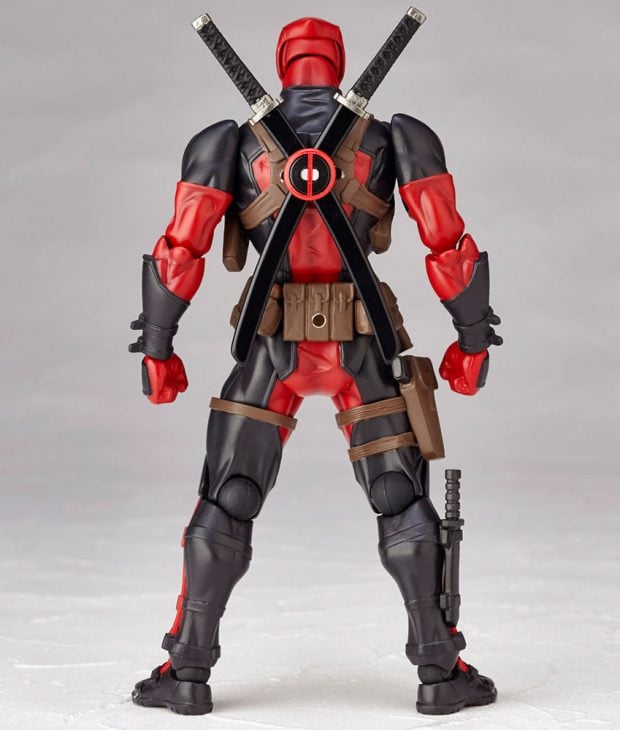 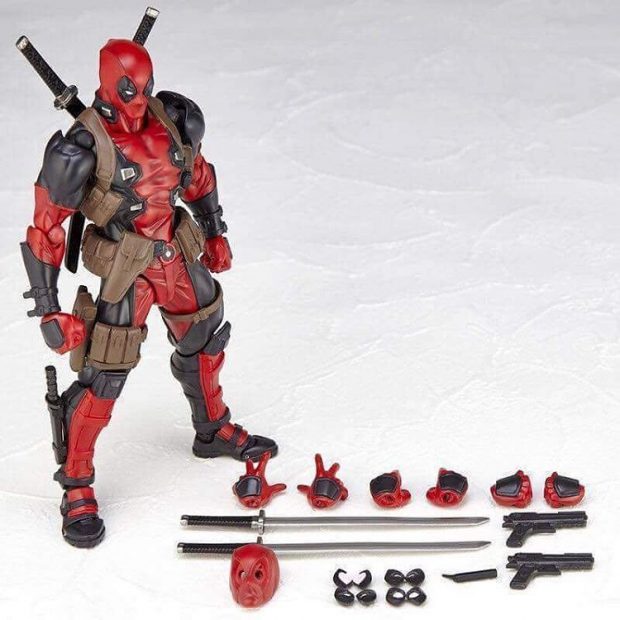 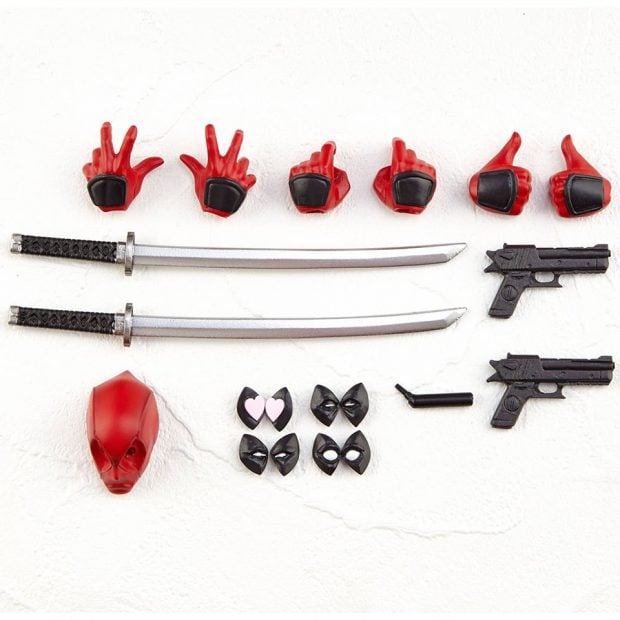 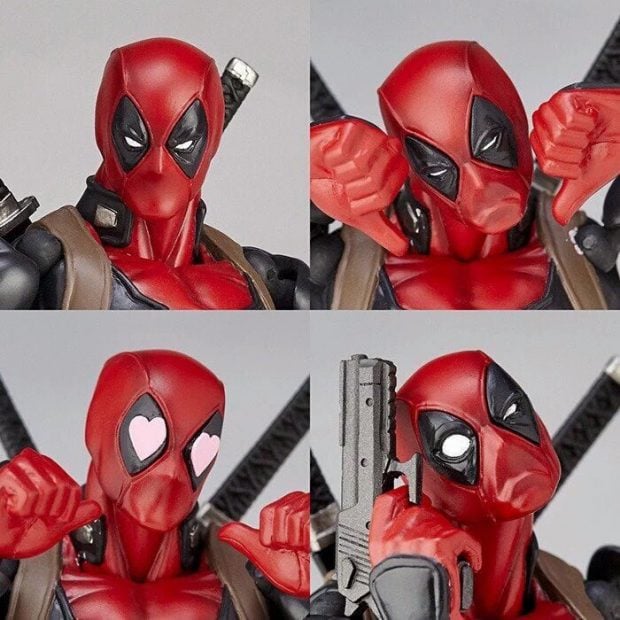 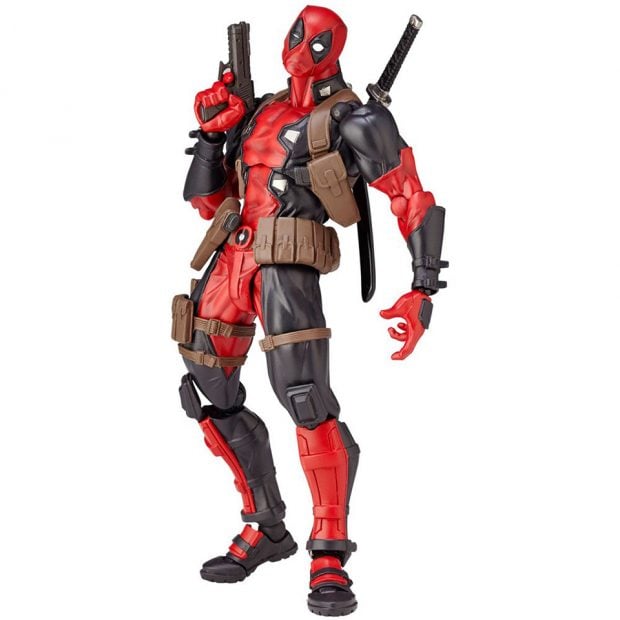 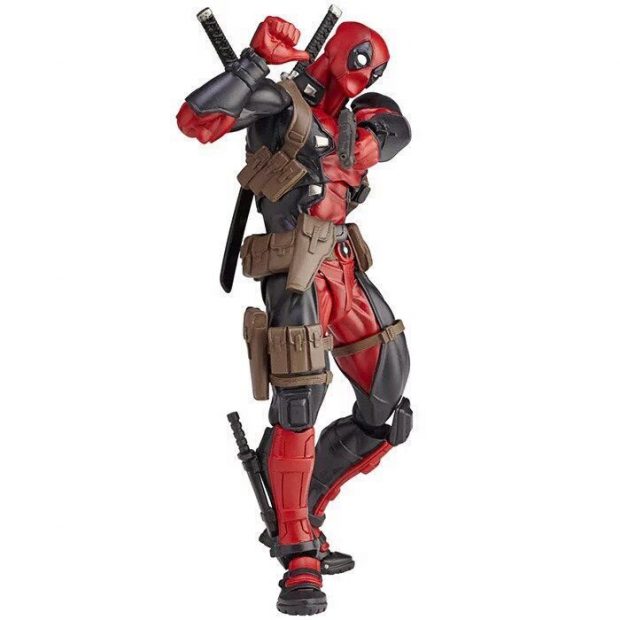 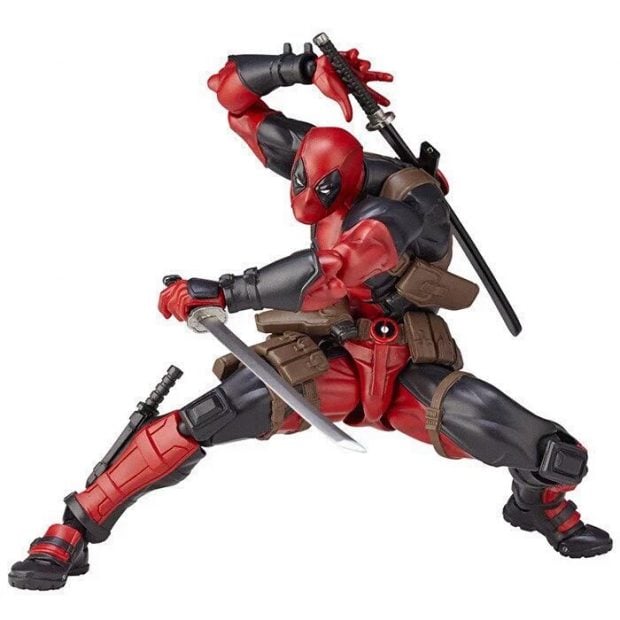 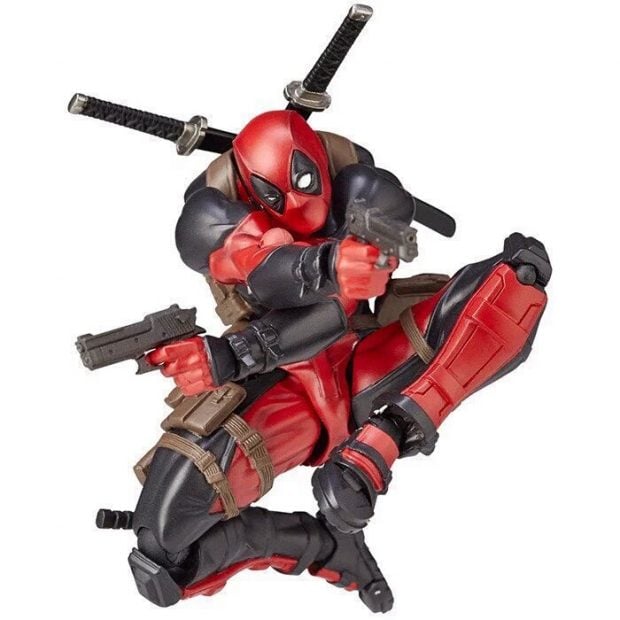 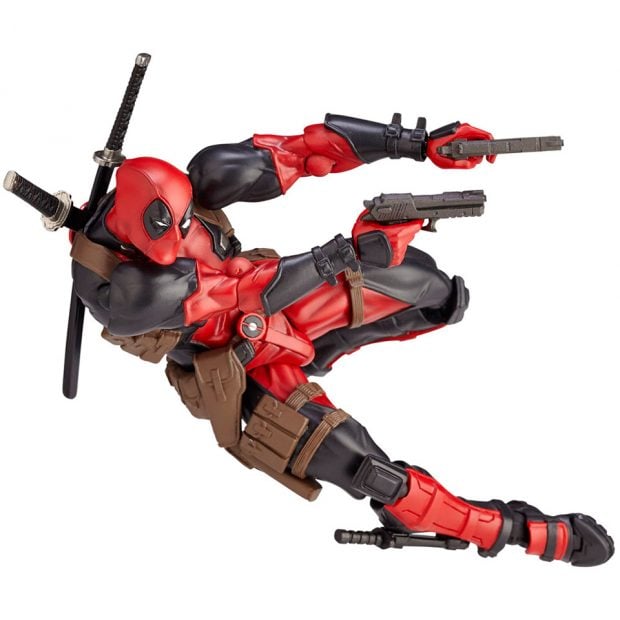 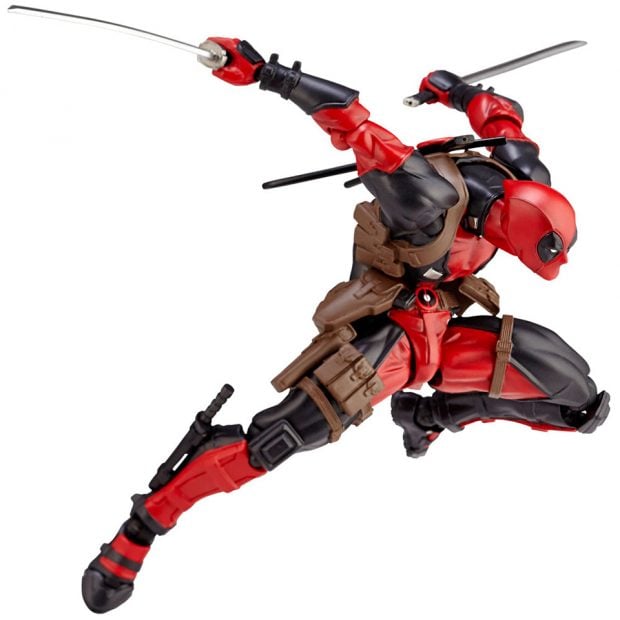 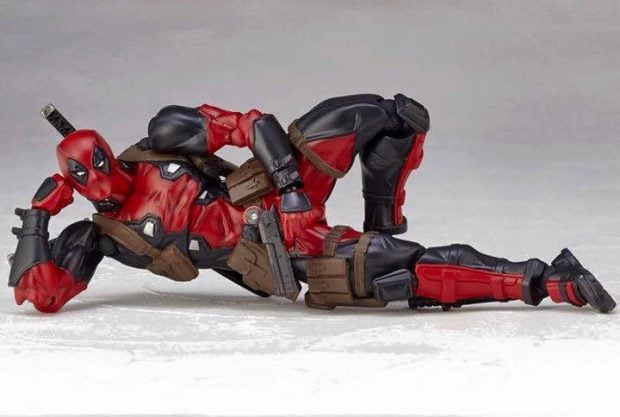 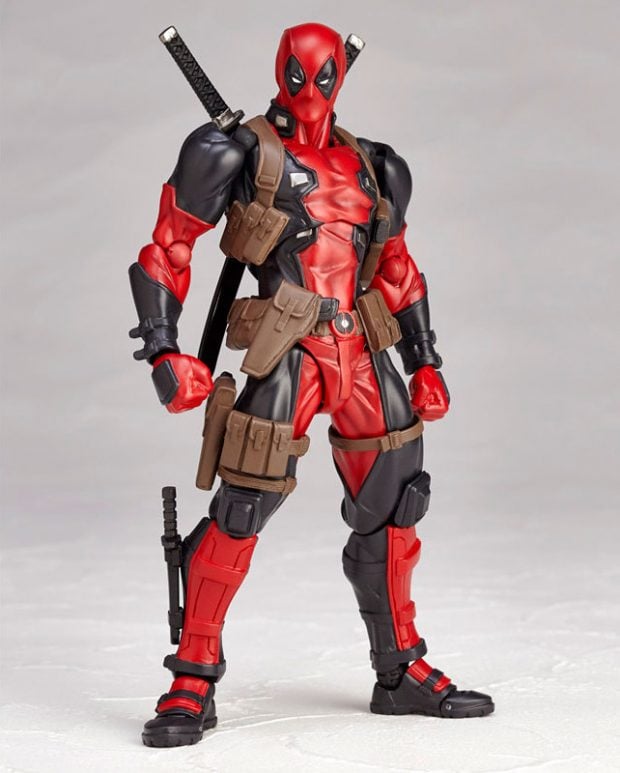 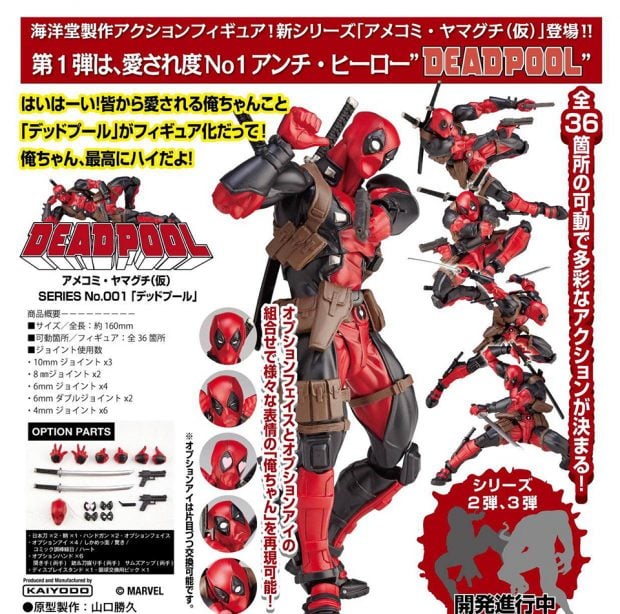