Last week we told you about that awesome new Hot Wheels car/statue that shows Spock leaning on the hood of a Buick Riviera. Well, they’re not finished yet. Hot Wheels are also releasing a set of six die-cast cars in their Pop Culture line, which feature TOS character designs. 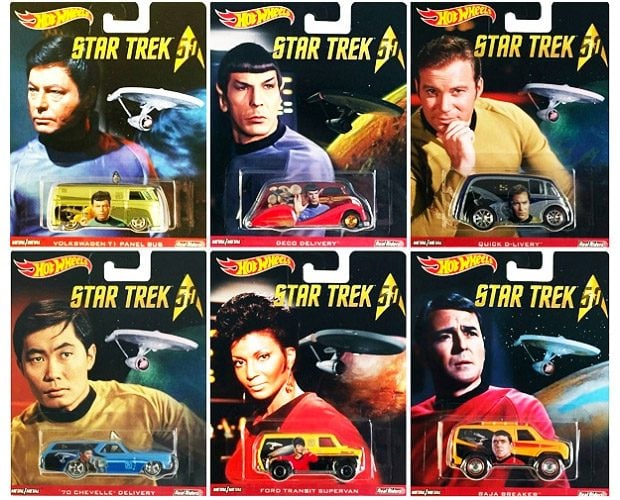 The series includes retro vehicles with murals of Captain Kirk, Spock, McCoy, Uhura, Scotty, and Sulu. This series looks pretty cool and they chose just the right vehicles for each character. It looks like you can find some of them on Amazon right now in fact. I don’t collect toy cars, but I do love cars like this. I may have to collect them all.