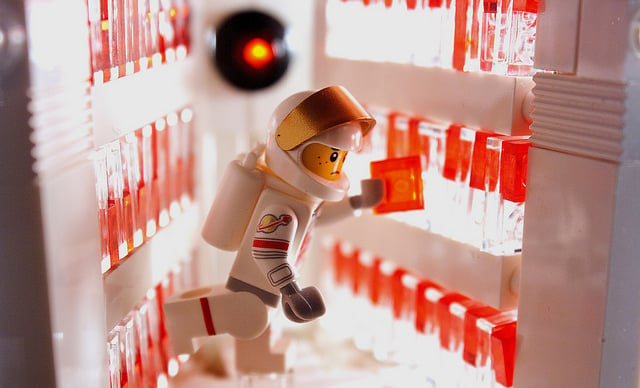 Seriously, you would be hard pressed to find a better sci-fi scene than the one from 2001: A Space Odyssey, when Dave Bowman gradually deactivates the HAL 9000. This scene is loaded with intensity, fear and finally emotion, as HAL sings Daisy and begins to die. It is one of the best scenes from anything ever. The entire movie is awesome of course, but this scene always gets me.

RichardBoard recently recreated this scene in brick form and it is pretty stunning. HAL would be proud. If HAL were alive and not losing his mind. Sadly, he is not around to see it. 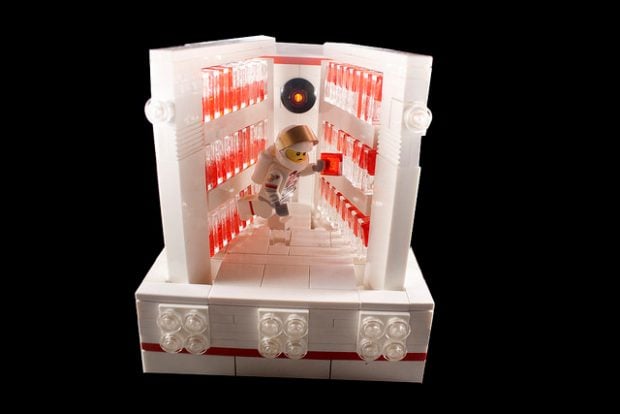 Is there anything that does not look awesome in LEGO? He really captured this scene perfectly. “Open the brick-bay doors HAL.” Not from this scene, but I just thought it was fun to say.