The figures each have over 30 points of articulation, pixelated paint details and are split into two box sets. The Turtles Box Set consists of the four heroes plus their weapons, extra pairs of hands, a pizza power up and my favorite part, a whirling nunchuck attachment for Michelangelo. 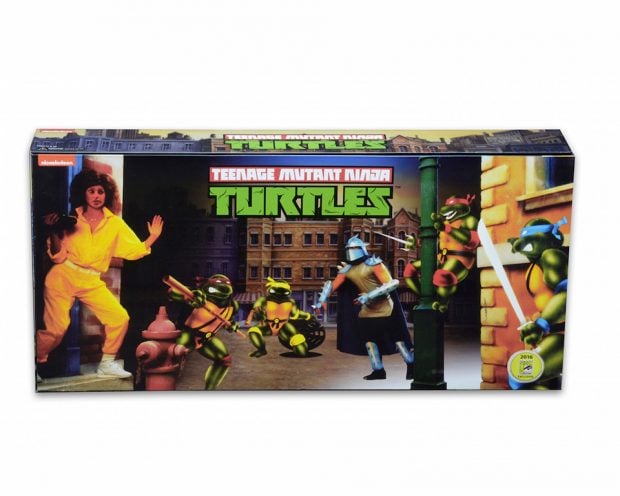 The Foot Clan Box Set consists of three Foot soldiers plus Shredder. They also have weapons, including the dynamite, knife and giant mallet from the game.

The sets will be available for pre-order later this week for $100 (USD) each, but again you’ll be able to claim your purchase only at NECA’s SDCC booth, which means you have to have tickets to the convention before you even consider buying the sets. In case you weren’t originally planning on going, don’t bother making plans because the tickets are sold out. 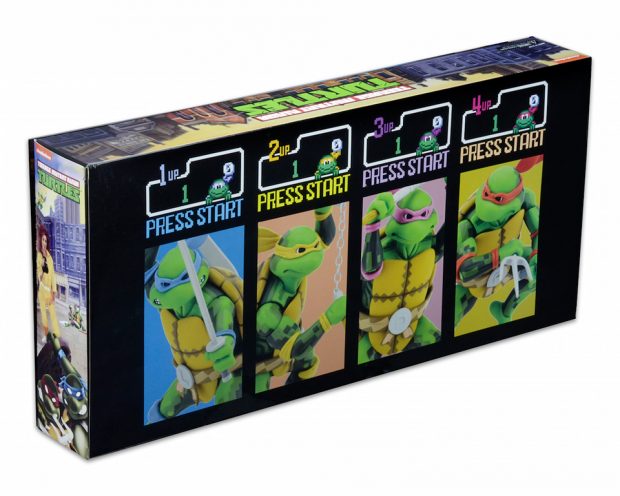 I don’t get the logic behind making affordable but exclusive sets. NECA’s not going to reap the rewards from scalpers or future auctions. Might as well make money now and gain more fans. 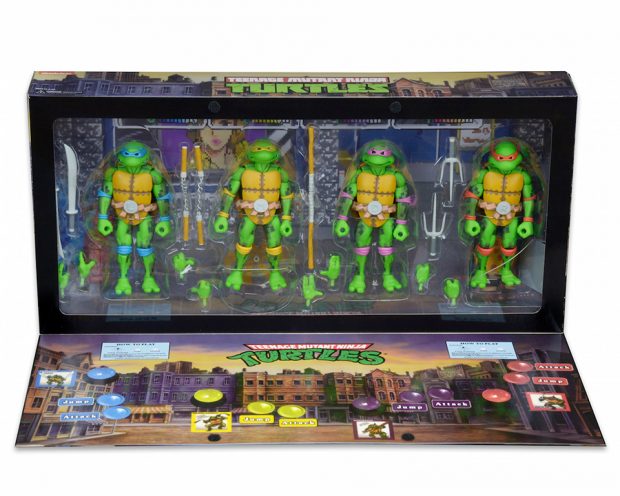 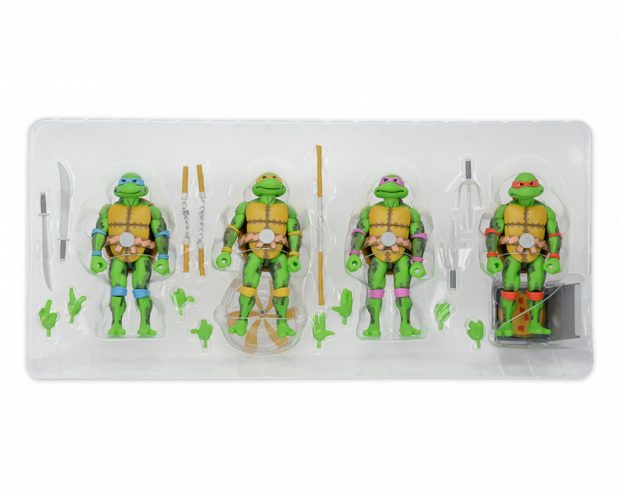 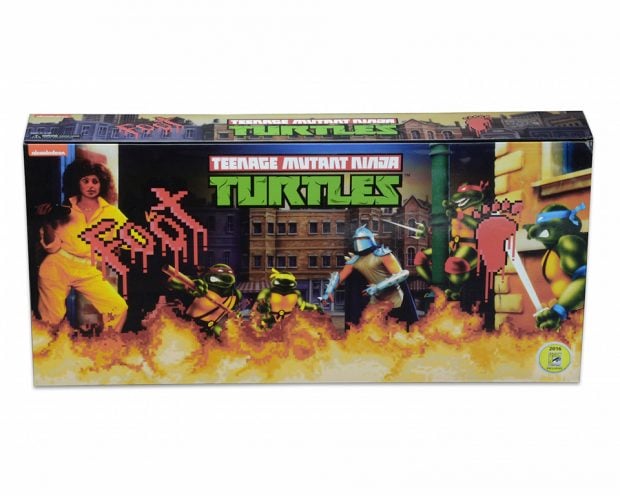 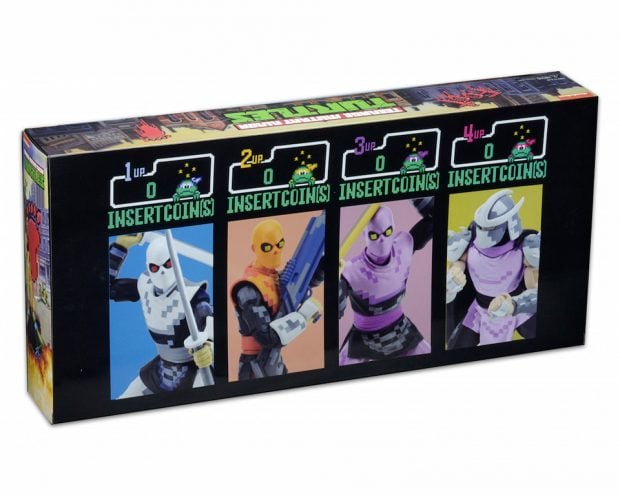 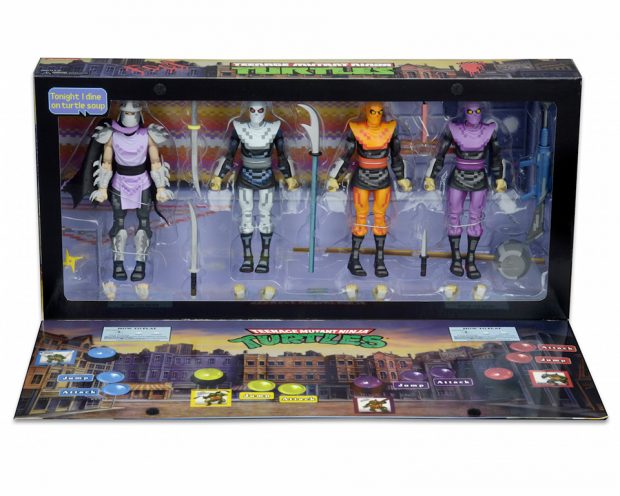 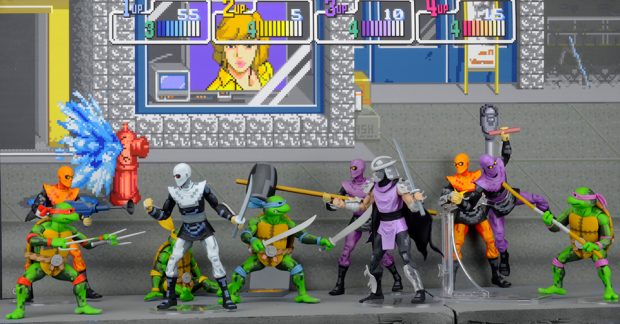 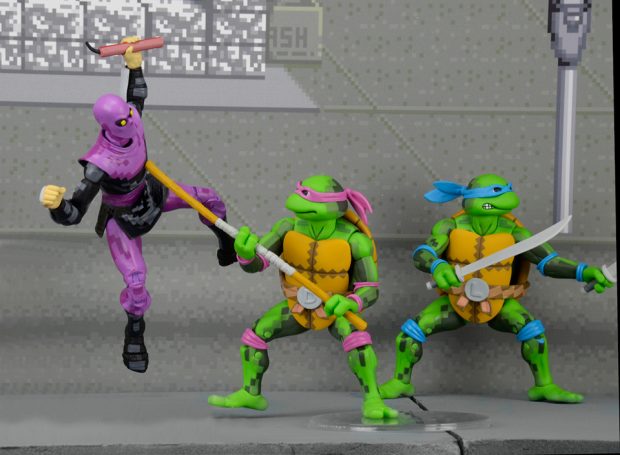 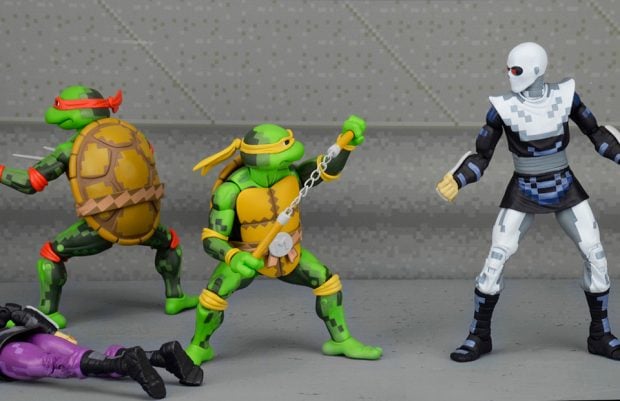 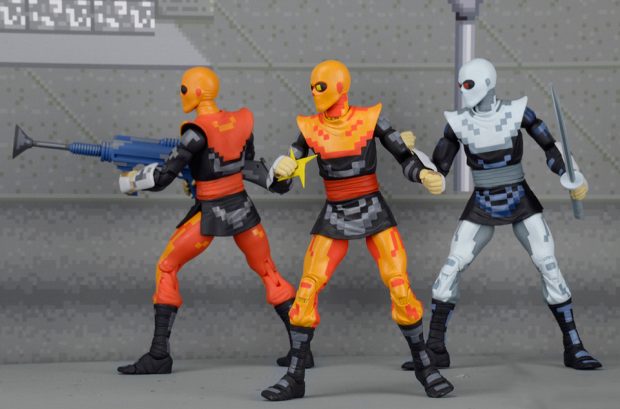 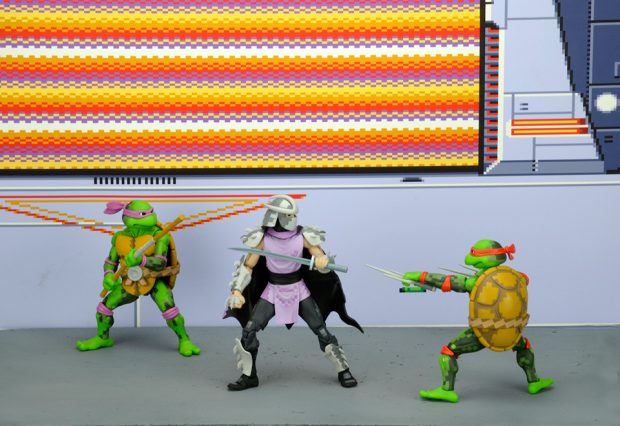 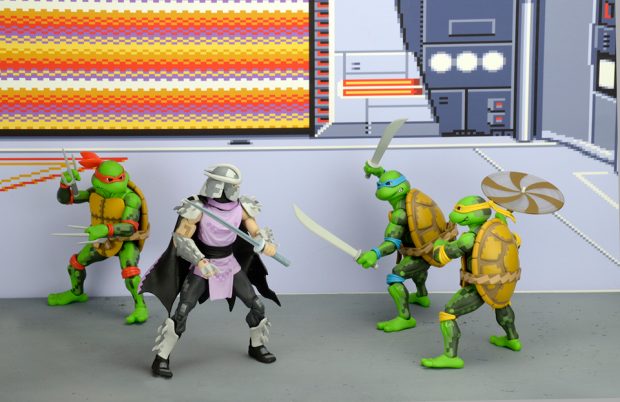 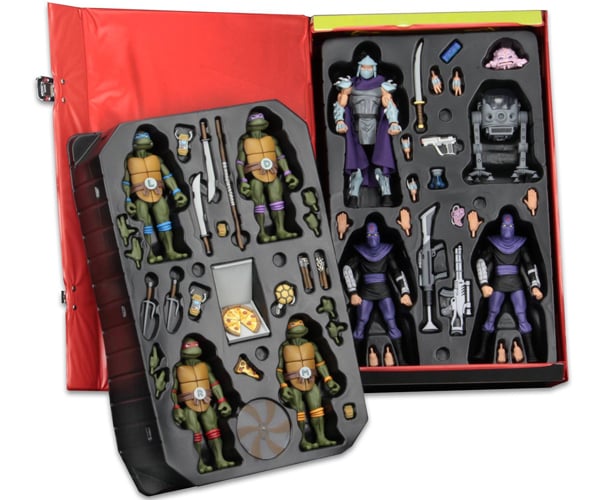 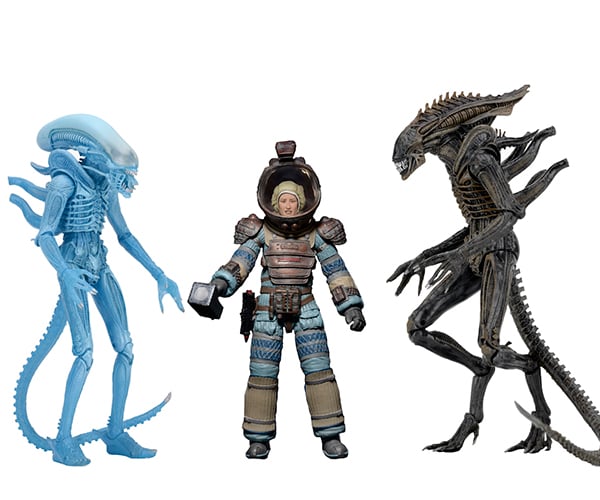 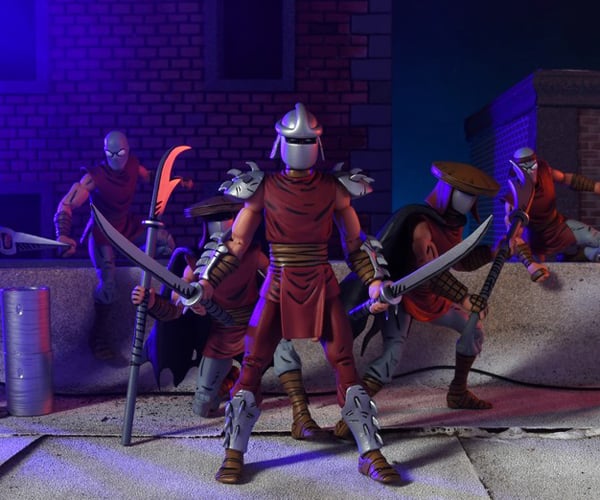