The wicked statue that Sideshow Collectibles unveiled on Alien Day is ready to devour your savings. Made by Legacy Effects – the studio behind the Queen and other xenomorphs in Aliens – the $1,000 (USD) Alien King maquette is not only mind-blowing, it’s also the birth of a new character in the Alien universe.

The 20″ tall and 21″ long monster is made even more intimidating by the seven alien warriors that swarm around it, giving us a terrifying sense of scale. The King has to be around three times the size of his troops. He probably came from a bodyhugger. 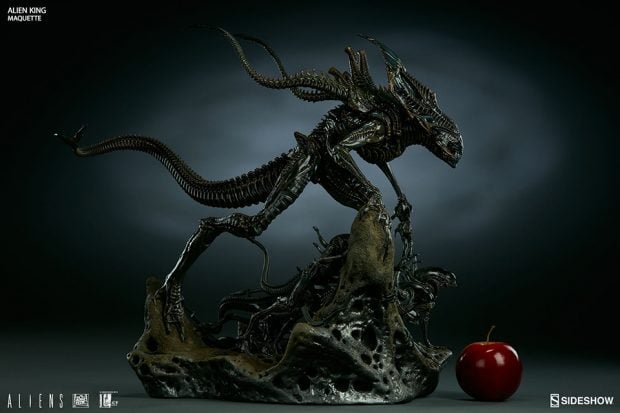 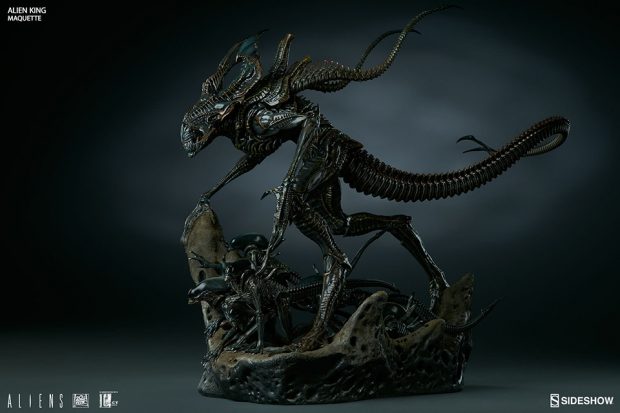 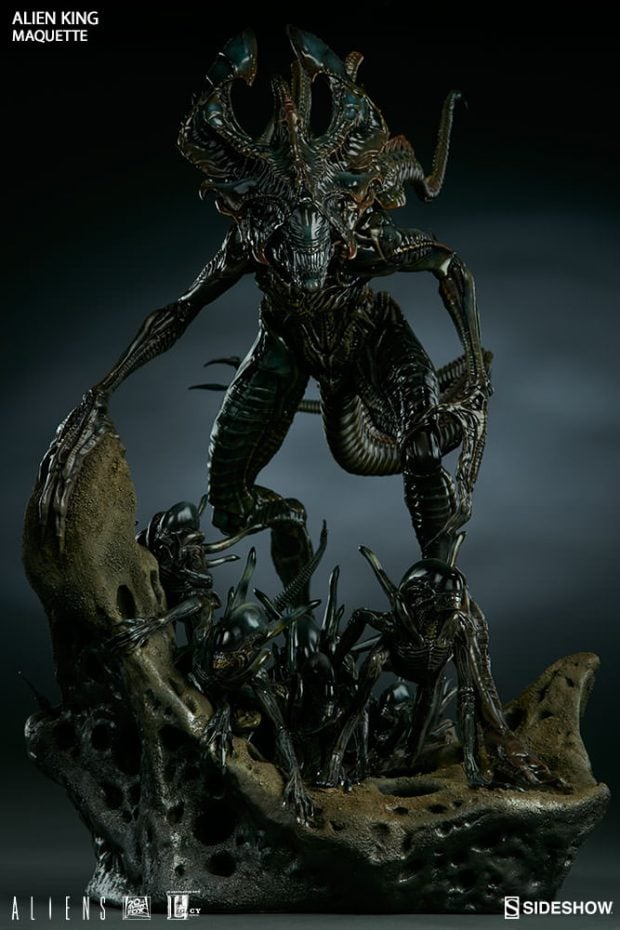 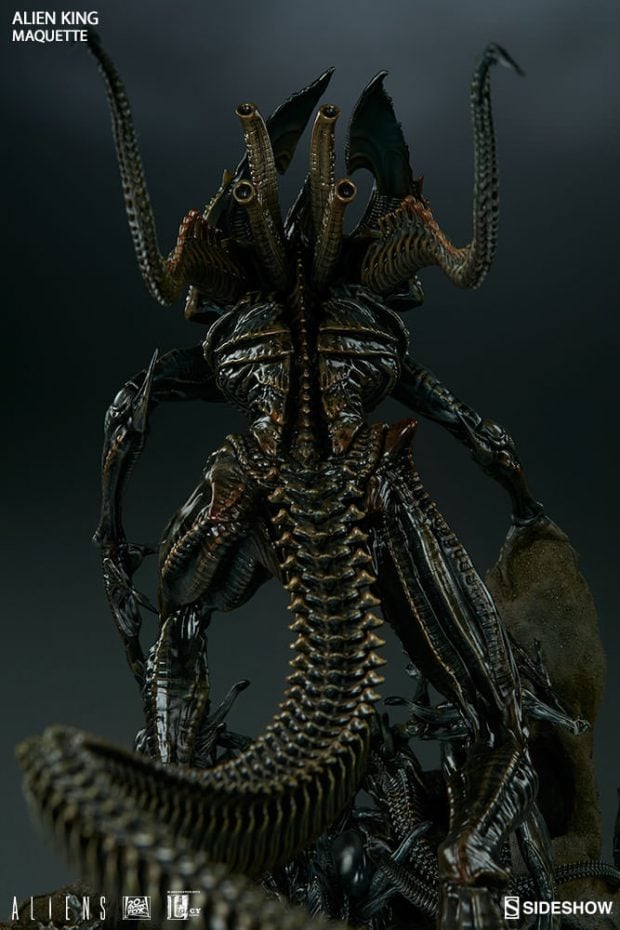 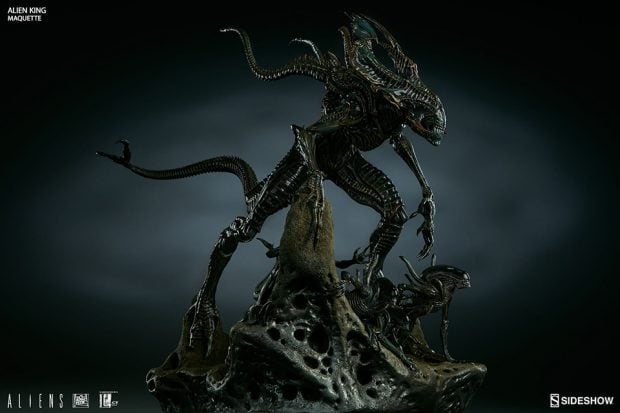 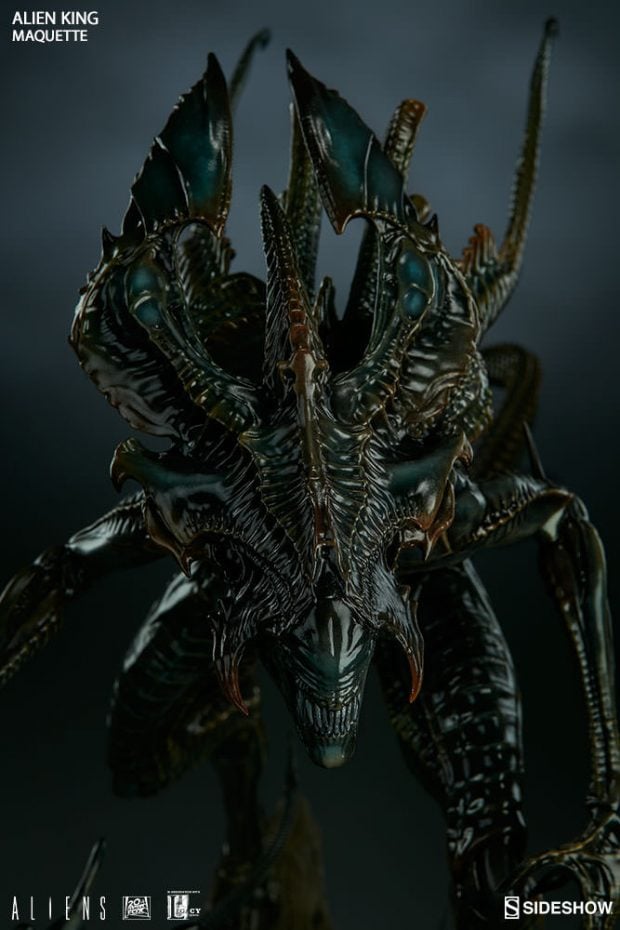 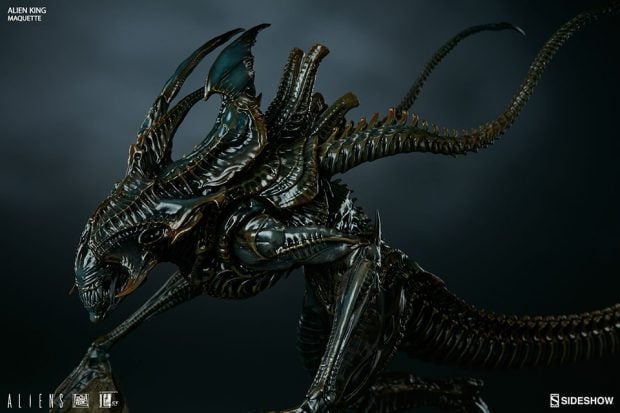 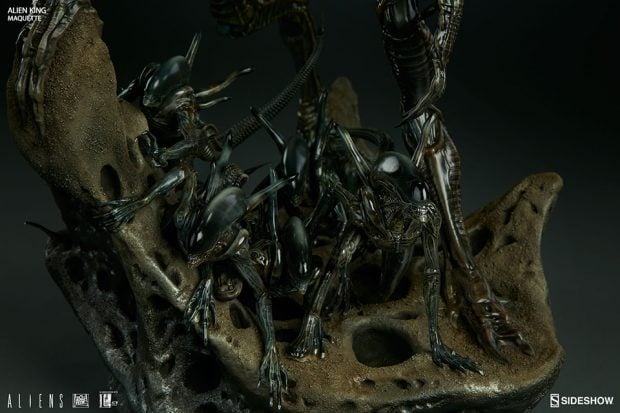 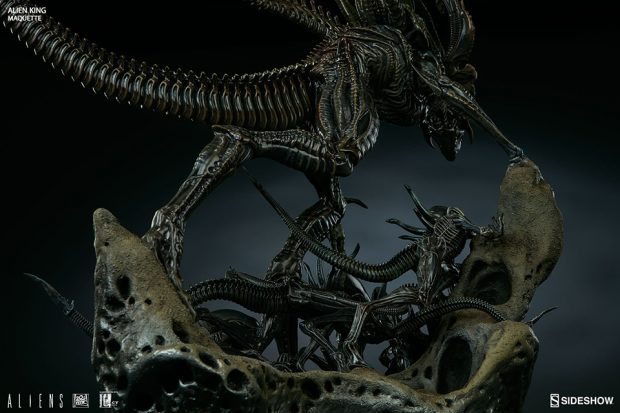 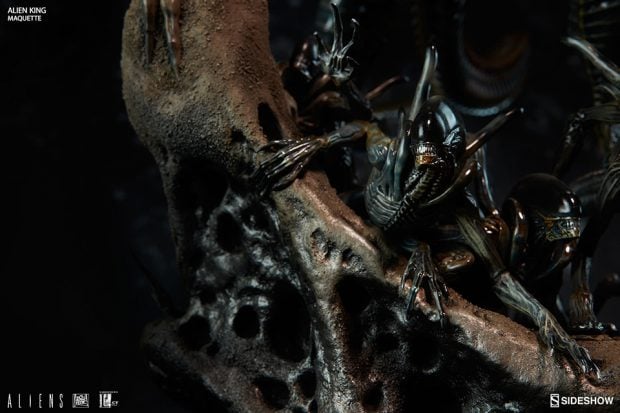 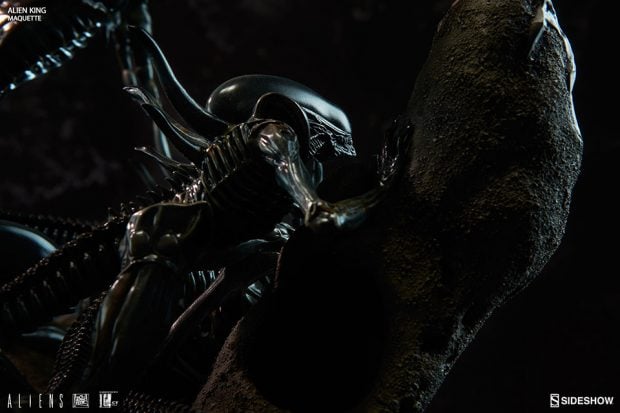 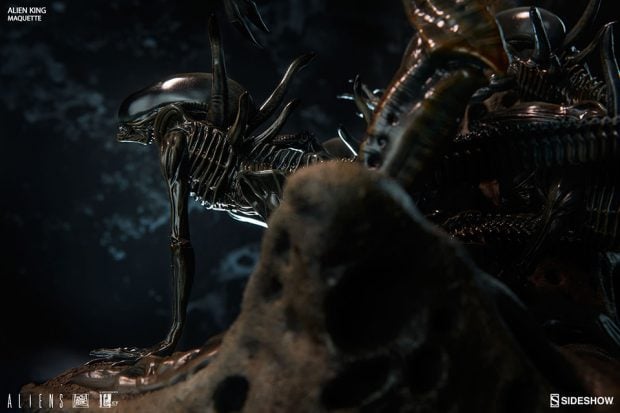 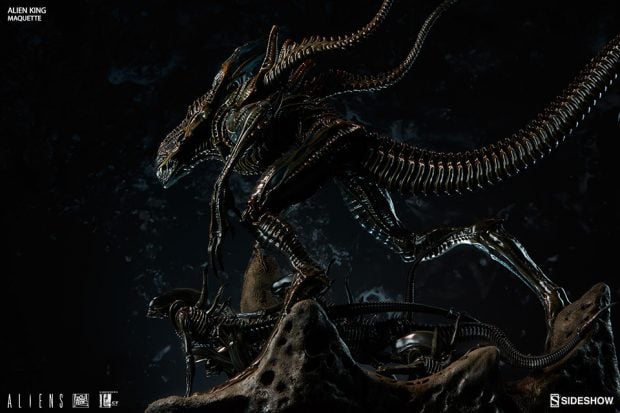 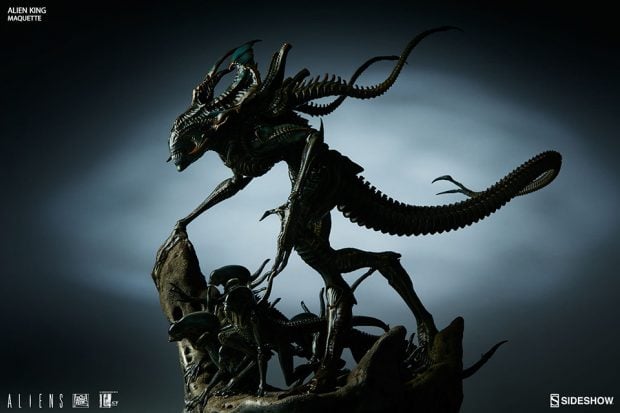 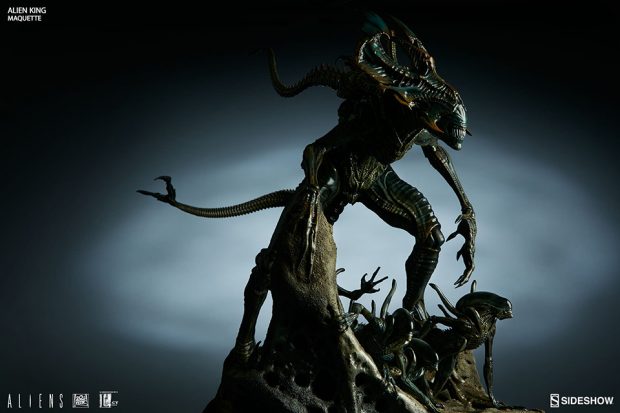 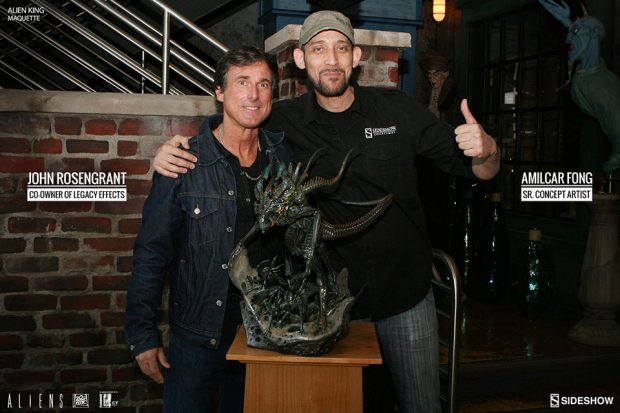 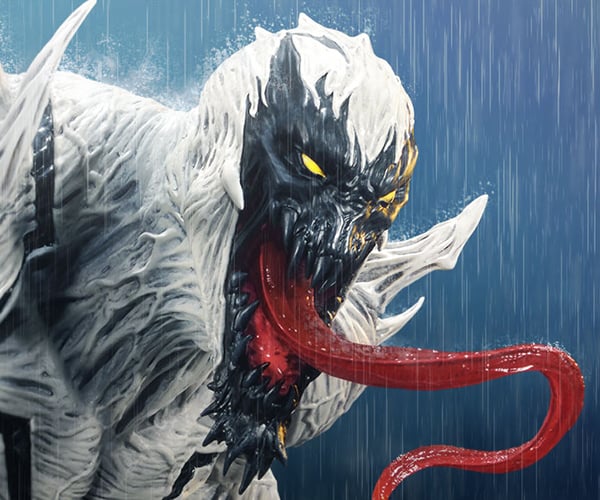 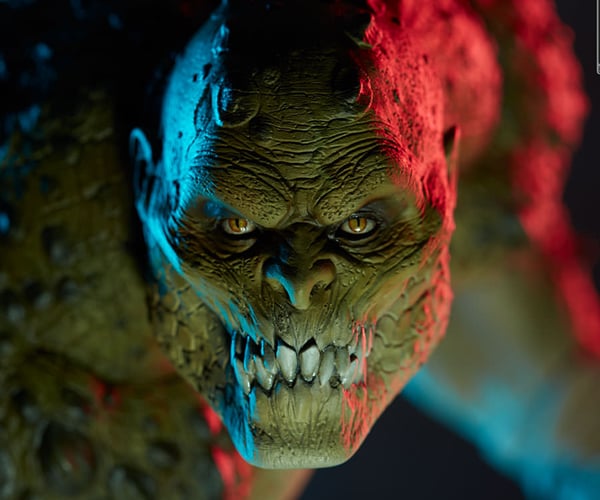 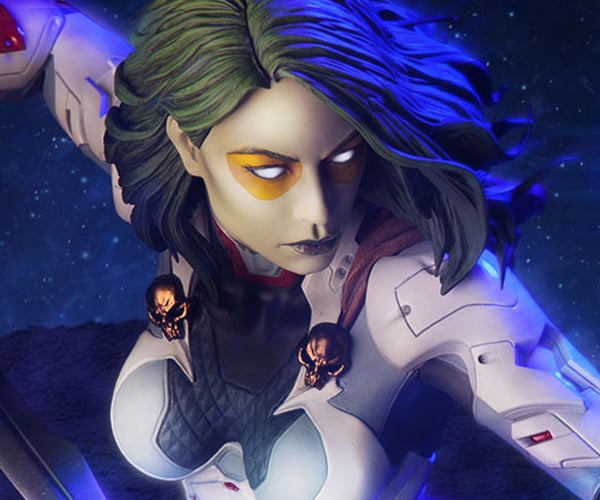