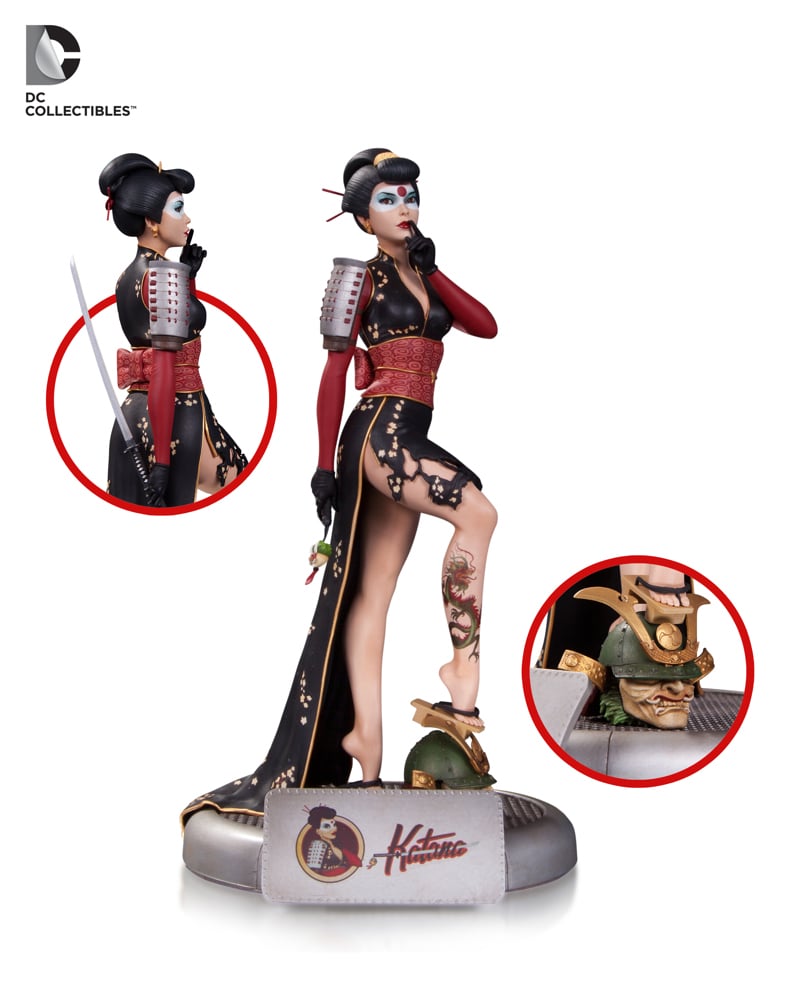 DC Comics happily gives the people what they want with three new Bombshells goodies unveiled via The Hollywood Reporter. The highlight of this batch is the 9″ Katana statue, which will be available next January. I think her costume isn’t distinctive enough, but it is pretty.

THR also revealed that DC is starting a line of 7″ Bombshells busts, starting with Wonder Woman, Supergirl and Mera. 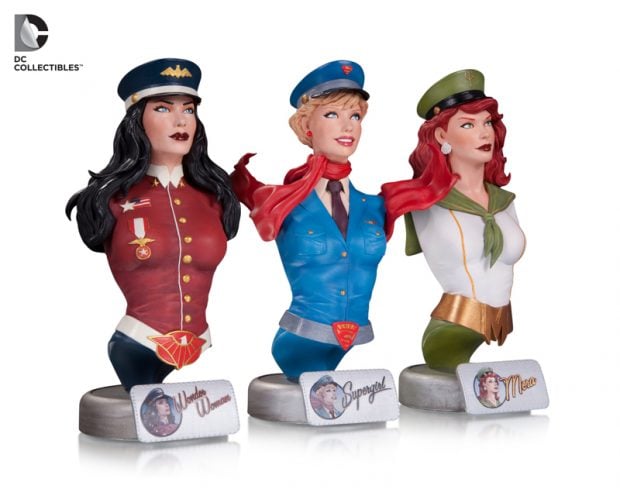 You can pre-order those three from BigBadToyStore for $50 (USD) each. Finally, DC will publish The Art of DC Comics Bombshells, a 200-page coffee table book featuring previously unreleased sketches and concept art by Bombshells creator Ant Lucia and other artists. You can pre-order it from Amazon for $40.