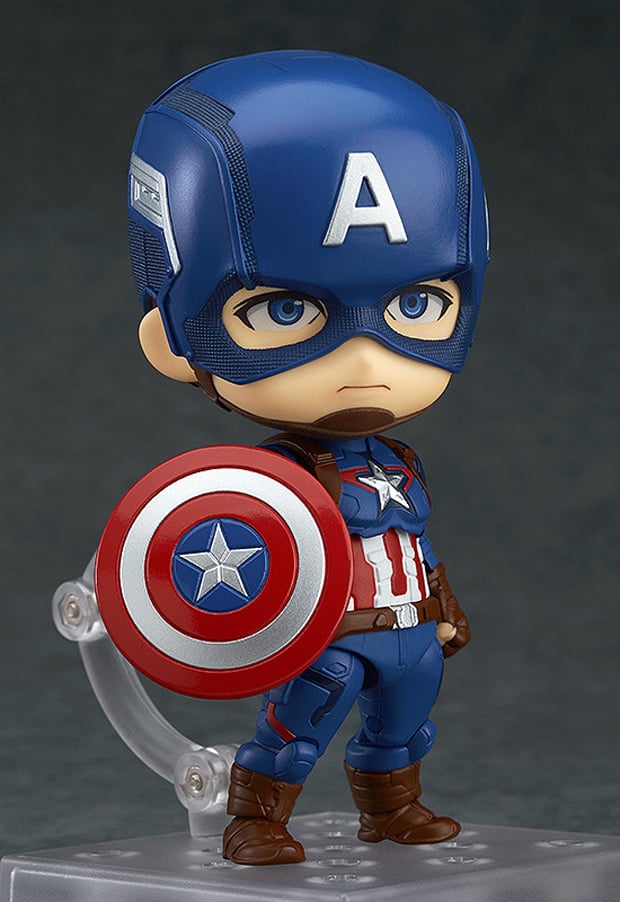 With Cap and Shellhead’s friendship over moment imminent, Good Smile Company reminds us of their good and not so old days with the Nendoroid Captain America Hero’s Edition, which is based on Avengers: Age of Ultron. 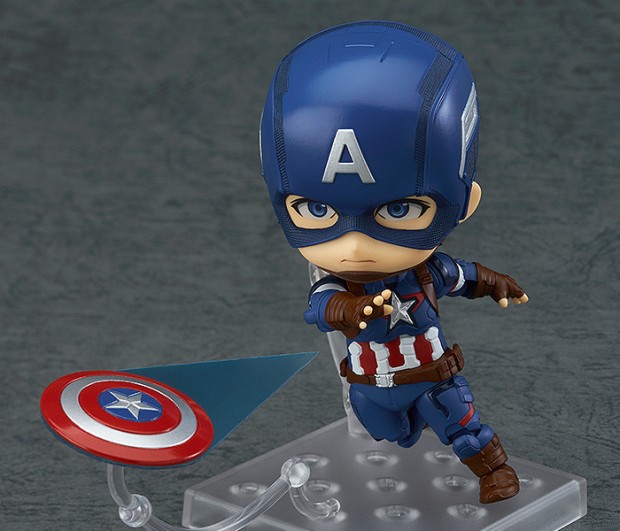 The handsome 4″ figure comes with his trademark shield, which he can grasp with both hands, or mounted on either wrist or on his back. He also comes with a couple of cool shield throw effect parts. Finally, the figure comes with one half of a base that looks like Ultron’s city-lifting machine. The other half is included in the Nendoroid Iron Man Mk. 45 Hero’s Edition that was released last year. 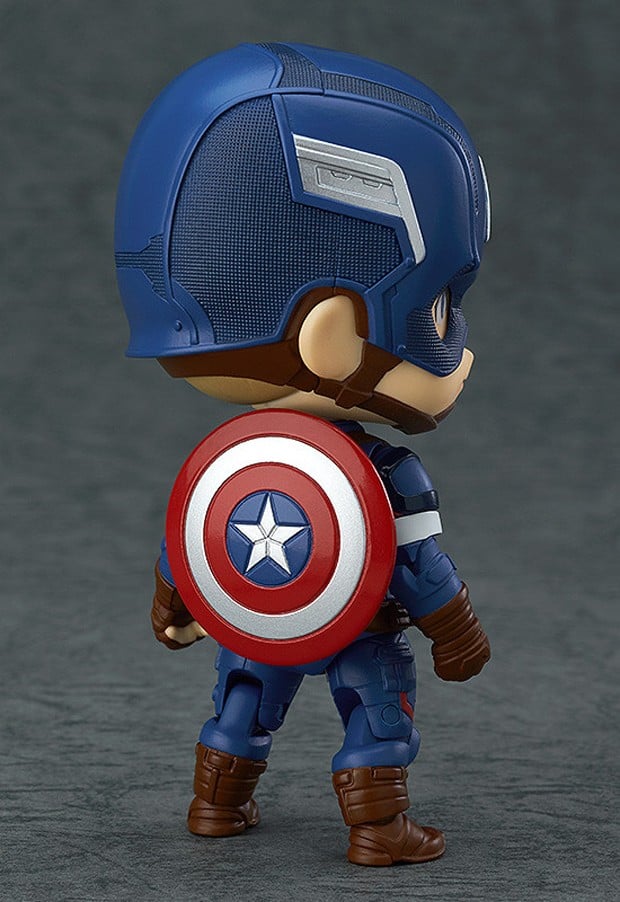 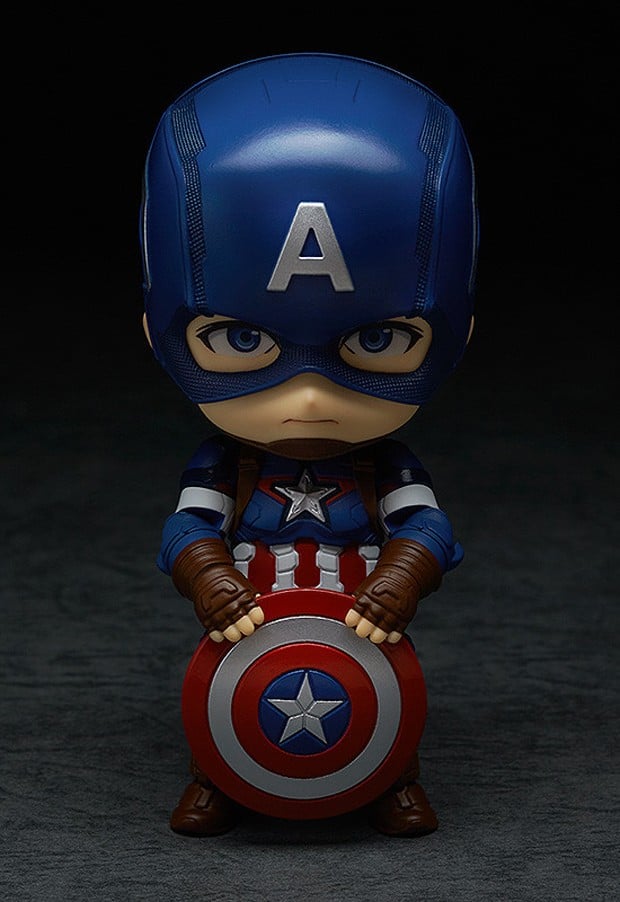 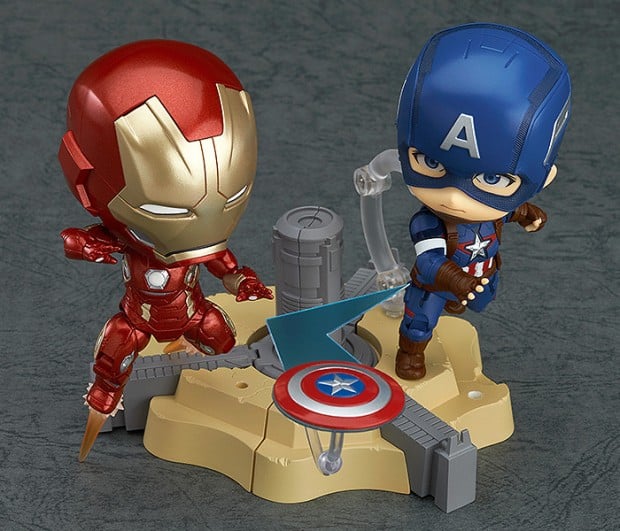