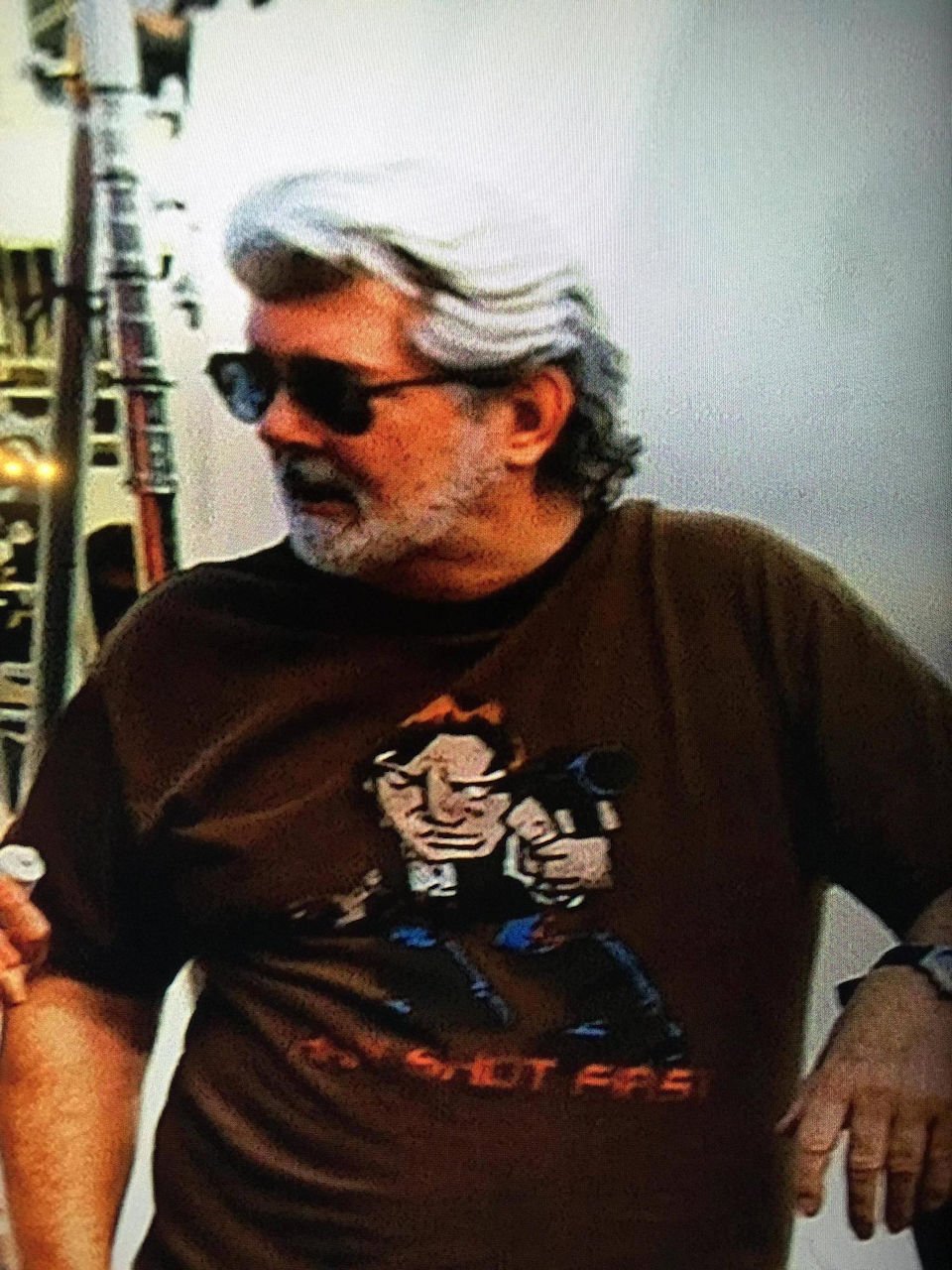 As much as some fans might hate to admit it, we all owe a great deal to George Lucas. After all, he is the man who started it all and brought Star Wars into the world. But seriously, this guy tries our patience. When Lucas tried to clear up the confusion on who shot first, Greedo or Han Solo, he said that Greedo shot first, because Han is not a cold-blooded killer. Yeah whatever.

Apparently even Lucas doesn’t know what to think about the whole Han debate, because fans on Reddit shared a new image from the Bonus Features of Star Wars: The Force Awakens Blu-Ray that shows Lucas wearing a shirt that shows a cartoon Han Solo and the words, “HAN SHOT FIRST”.

You just keep being crazy George. Just do it from a distance. 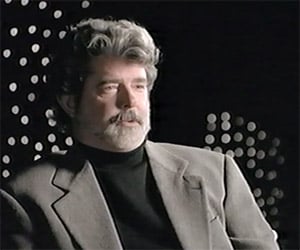 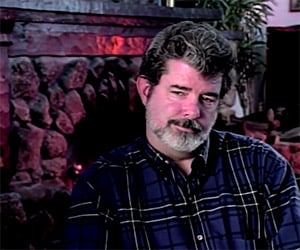 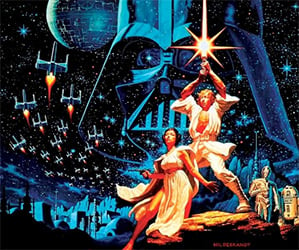