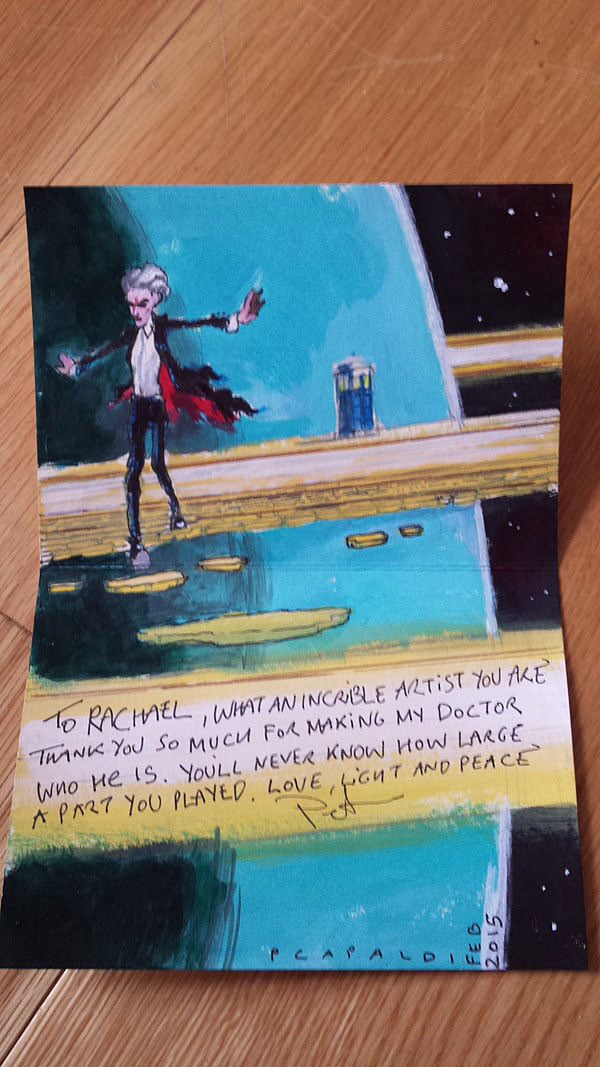 Peter Capaldi was a fan of Doctor Who long before he got the part. Now he is living the dream of actually being the Doctor. Ever since he was a kid he has been creating Doctor Who fan art. Now the actor has created a painting of himself. Capaldi created the painting for comic artist Rachel Stott, who is working on the Doctor Who series from Titan Comics.

In an interview with Comic Book Resources, Stott said:

To not only get a letter, but a beautiful painting off your hero? I think that’s a once in a lifetime experience. I’m incredibly lucky.

It doesn’t get any cooler than that.

Separately, Capaldi appeared on Doctor Who: The Fan Show, where he was asked to draw an image of his character. But instead of a single self portrait, he drew images of the 1st Doctor, William Hartnell, the 2nd Doctor, Patrick Troughton, the 3rd Doctor, Jon Pertwee, and the 4th Doctor, Tom Baker.

The best part is how Capaldi describes the evolution of the Doctor while he created the portraits in the video above. 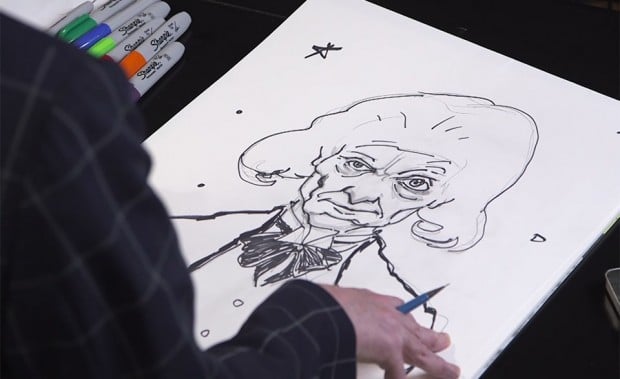 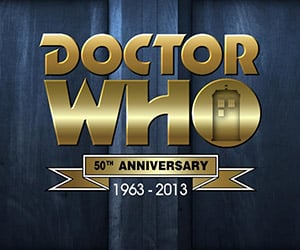 The Bottleneck Gallery Doctor Who Event 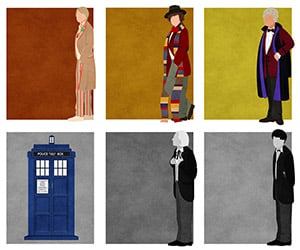 Doctor Who: Wonderful Prints of the Eleven Doctors 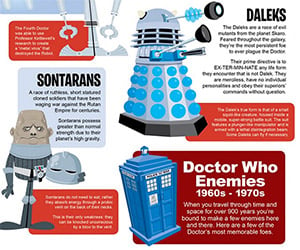 Infographic History of Doctor Who Enemies
« Previous
Next »
Advertisement