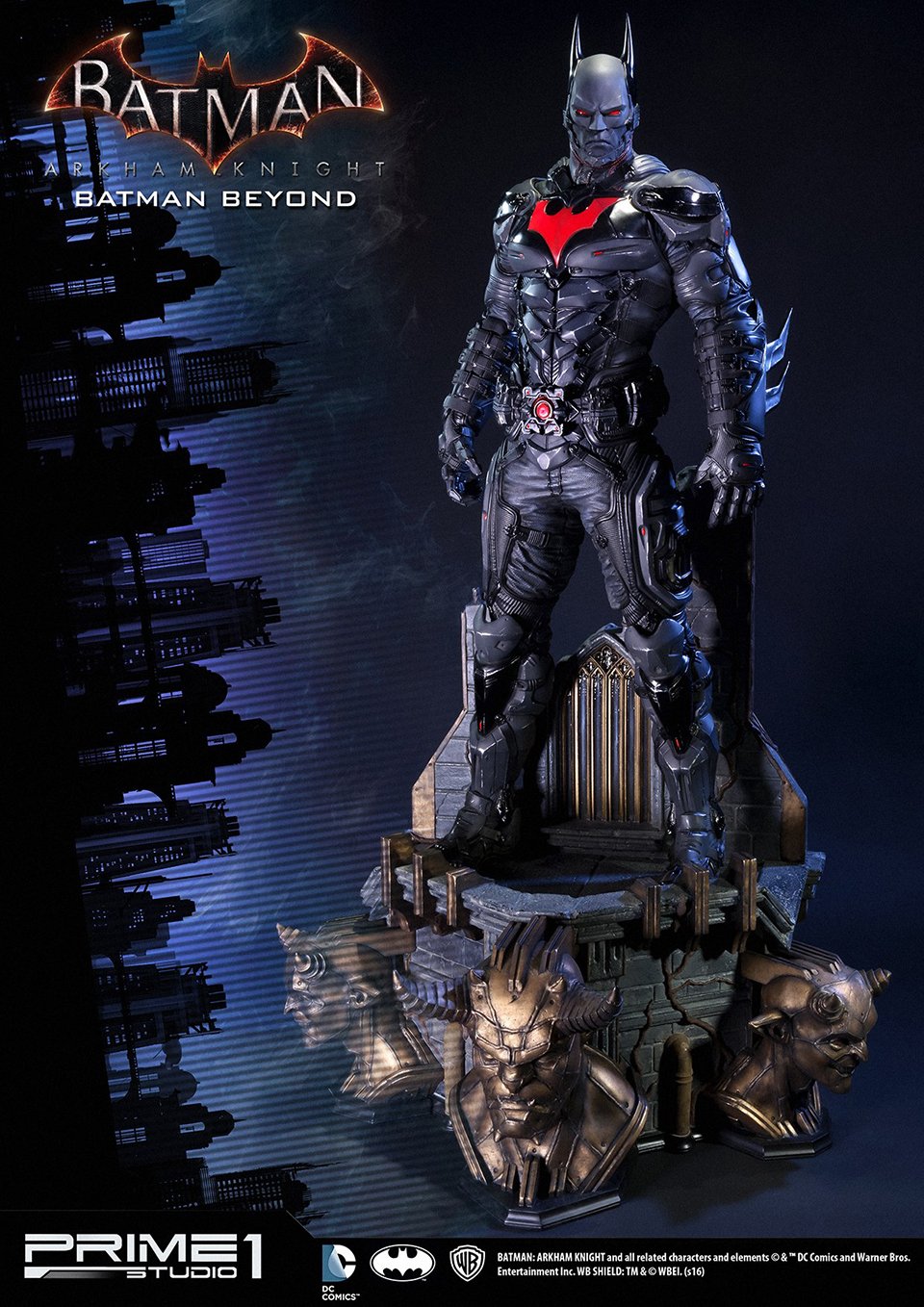 The talented artists at Prime 1 Studio can make even a variant costume look like a triple A property. Adding to its stable of Batman: Arkham Knight collectibles, this 33″ tall statue is based on the Batman Beyond DLC skin for the video game, which has red details, such as the bat logo, and a retractable cape. It comes with a standard mouth part, a mouth armor part and two pairs of hands. The exclusive version comes with a Batarang and a hand to hold the weapon. I wish they went with the cape as the bonus accessory instead.

The statue will go on sale for $939 (USD). The standard version is limited to 1000 copies, while the exclusive variant only has 750 copies. 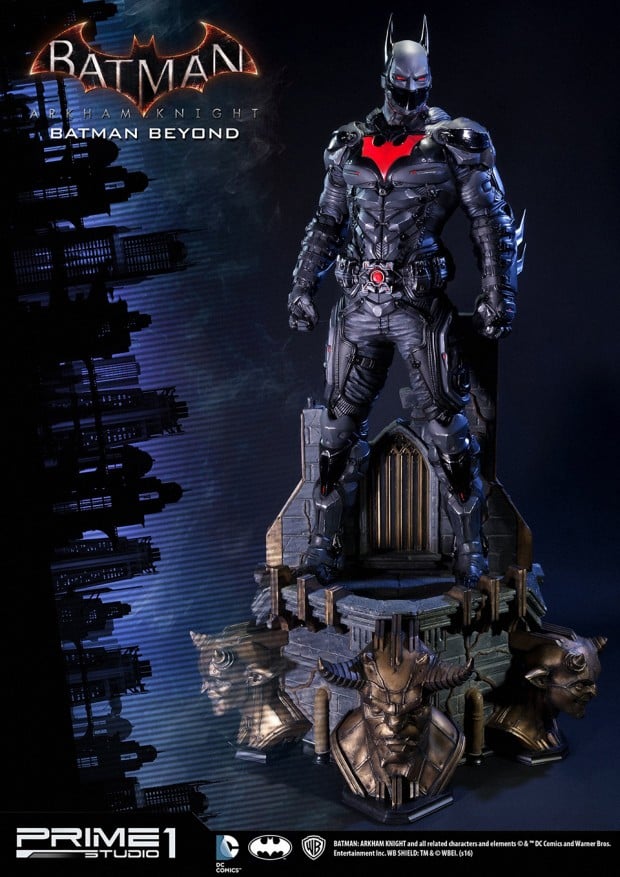 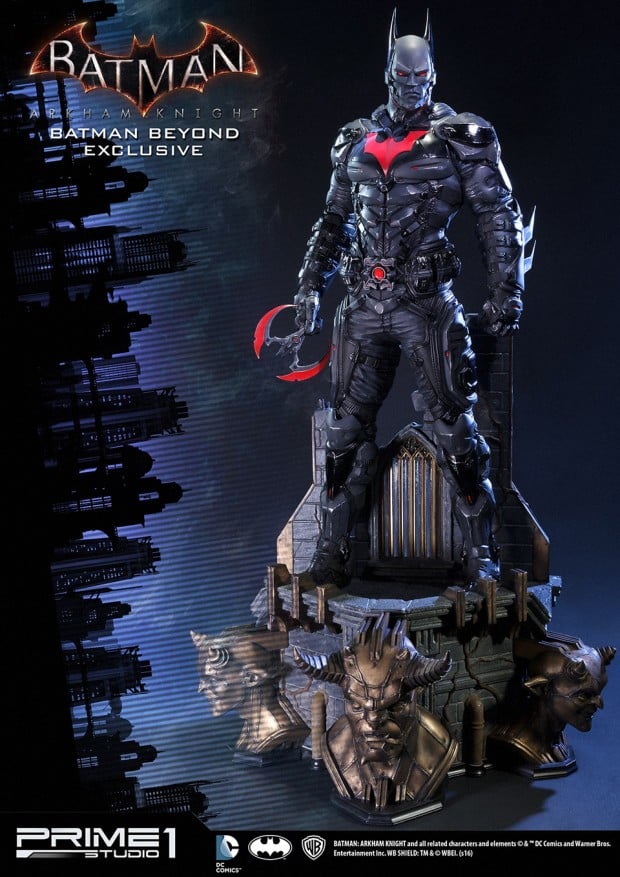 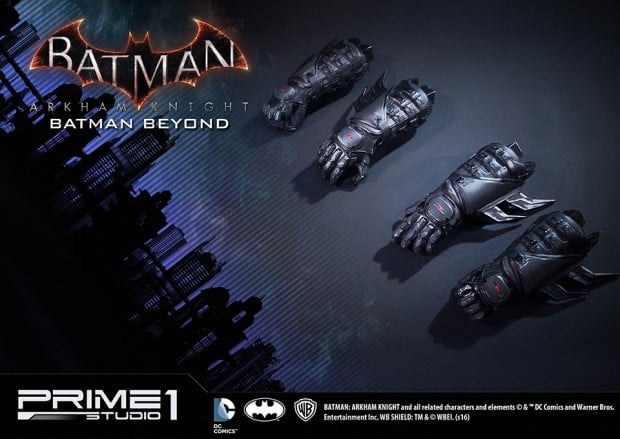 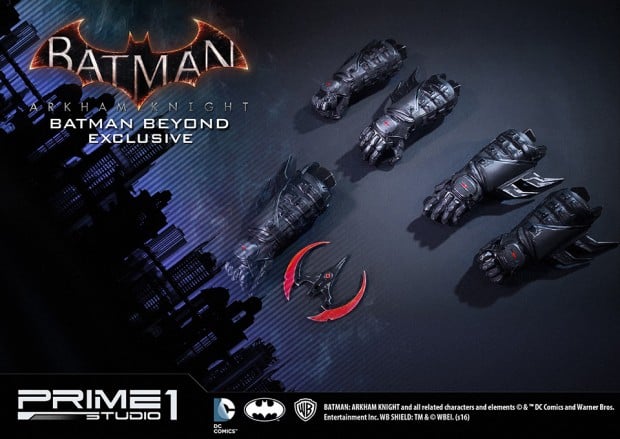 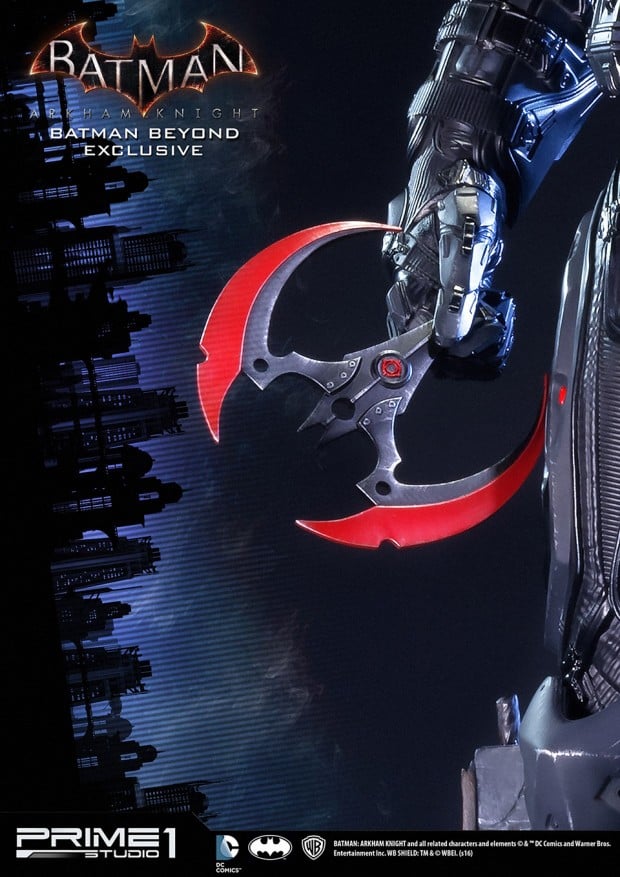 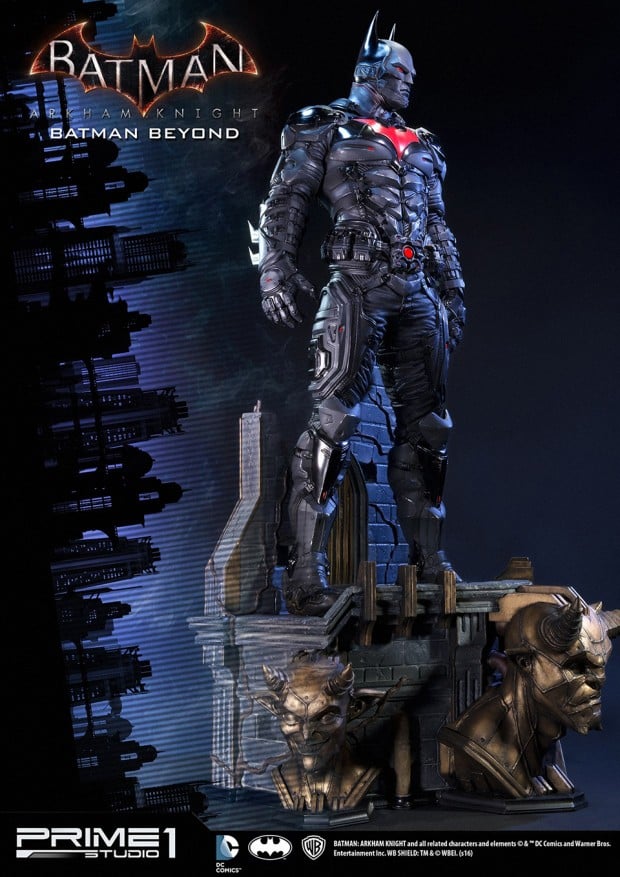 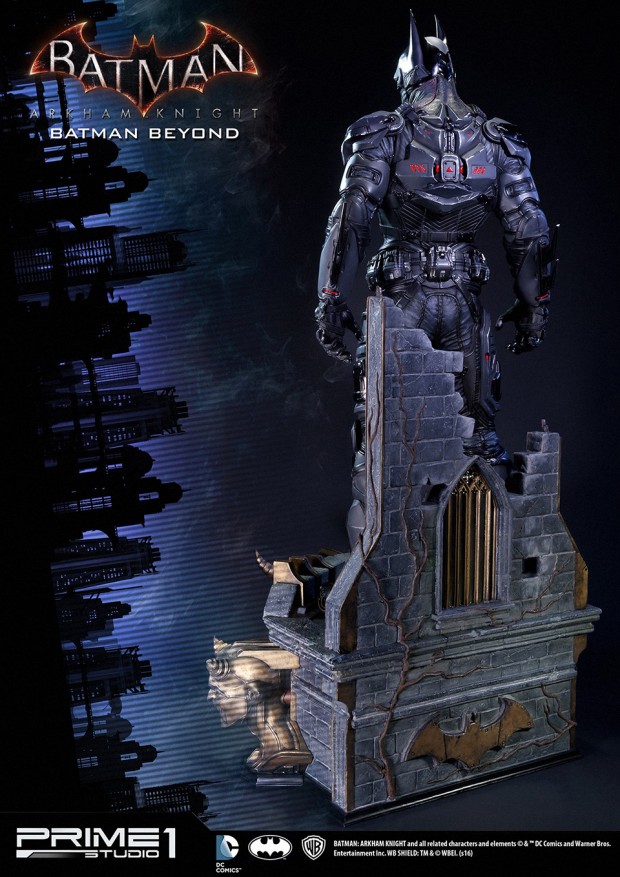 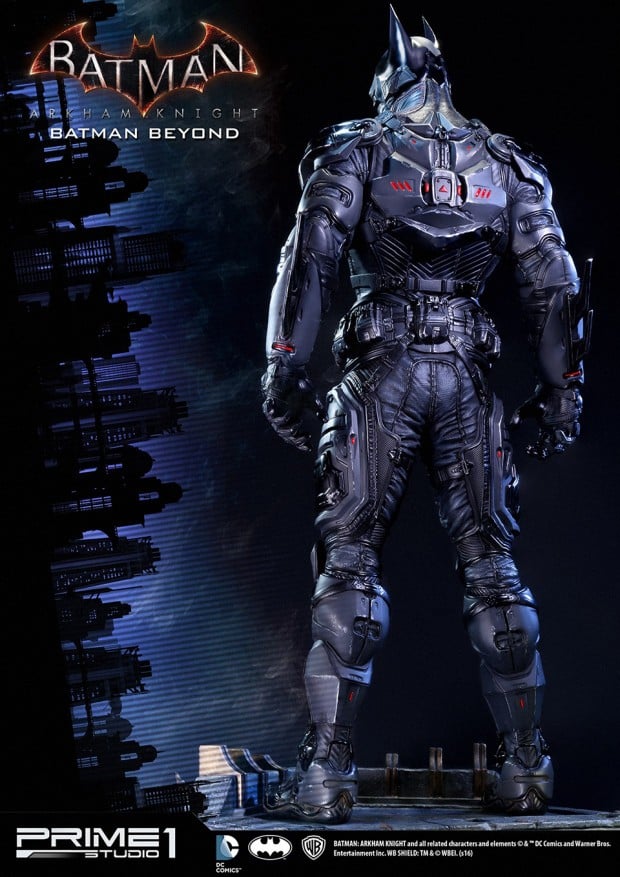 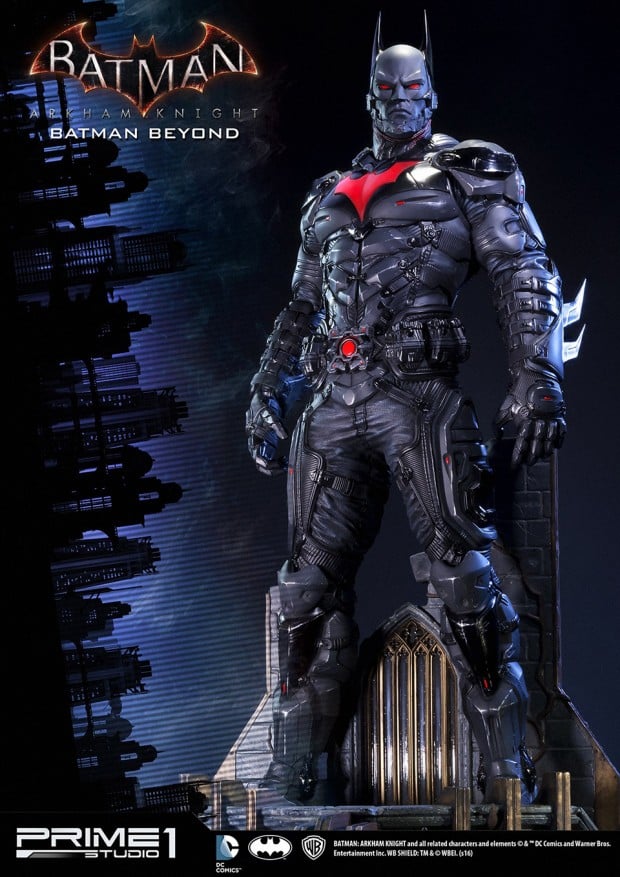 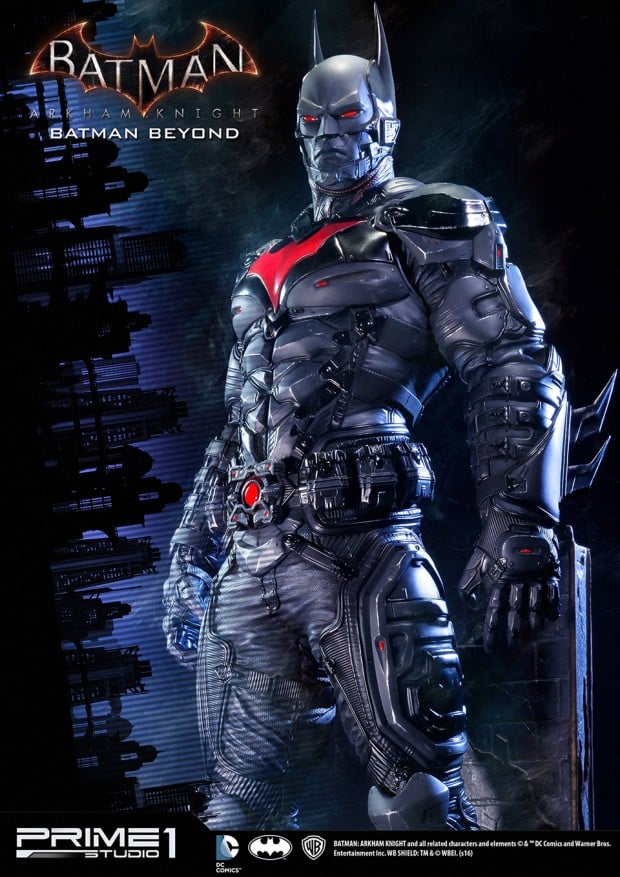 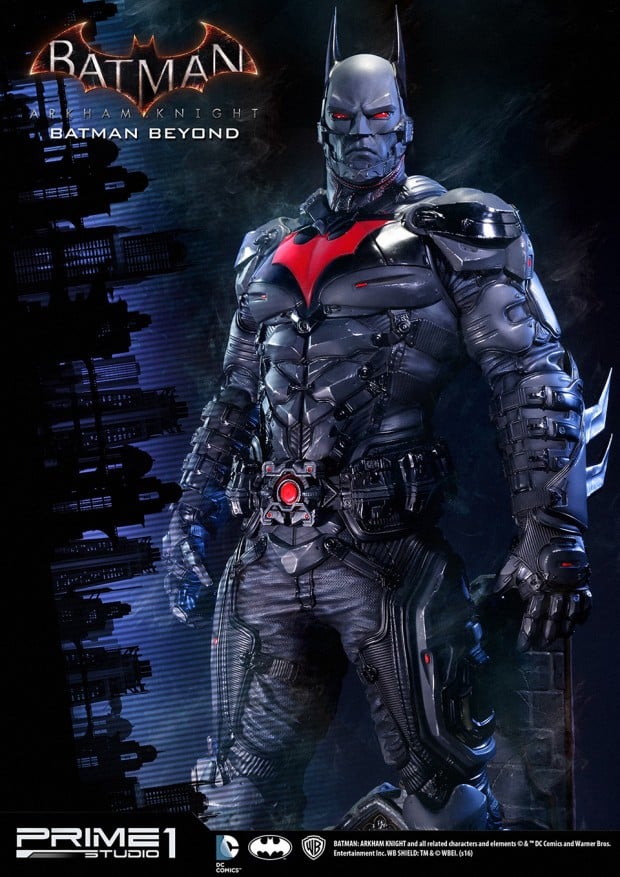 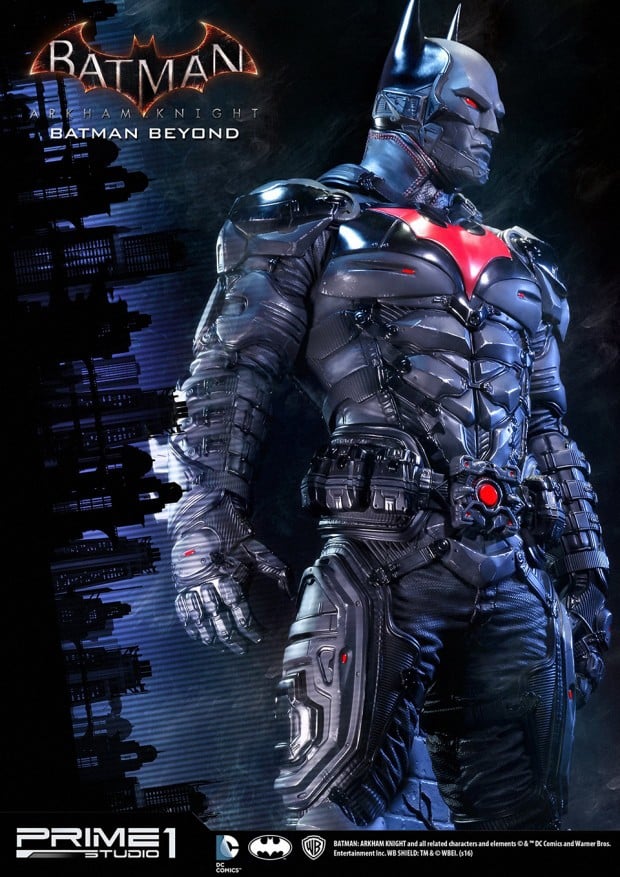 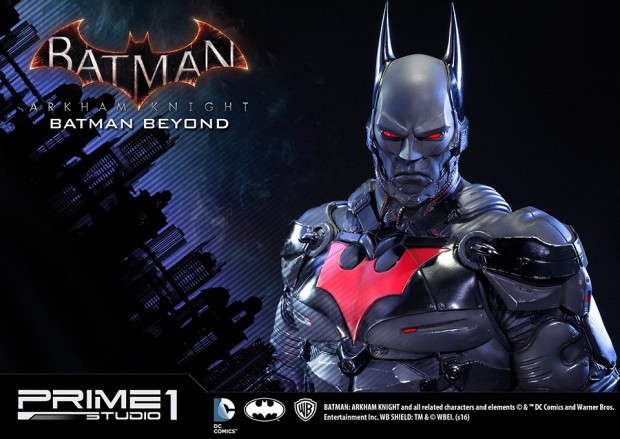 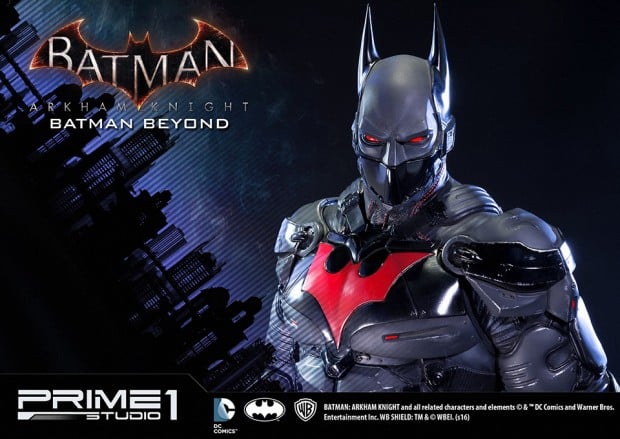 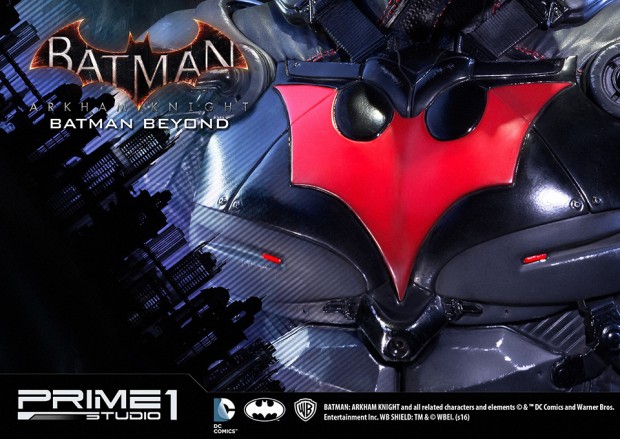 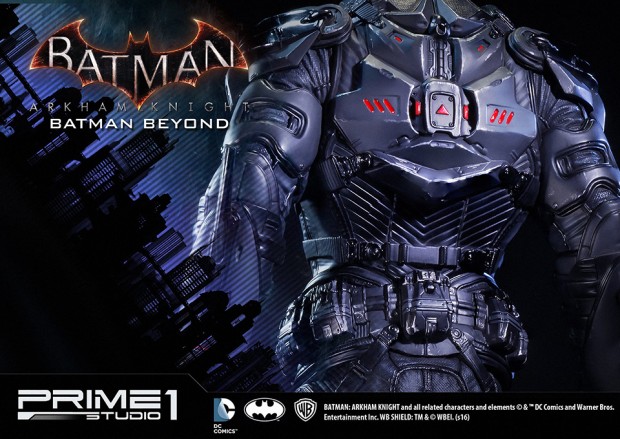 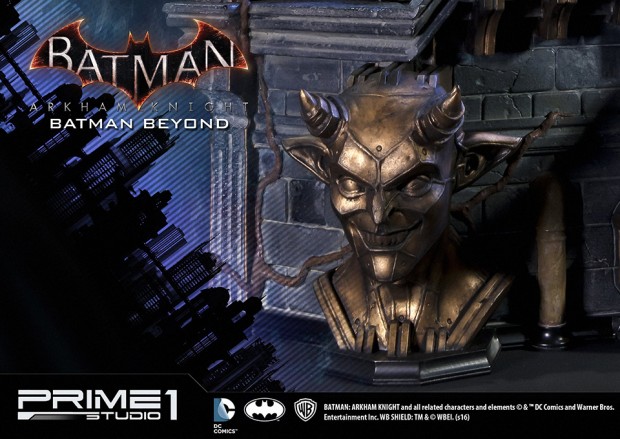 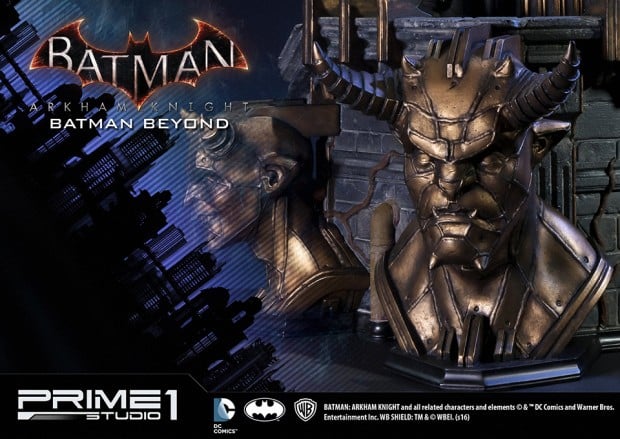 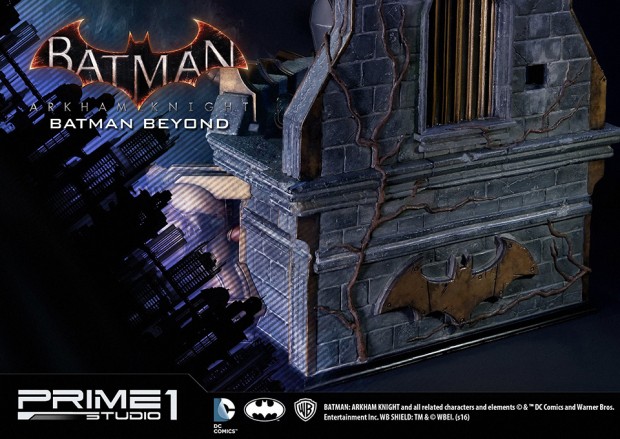 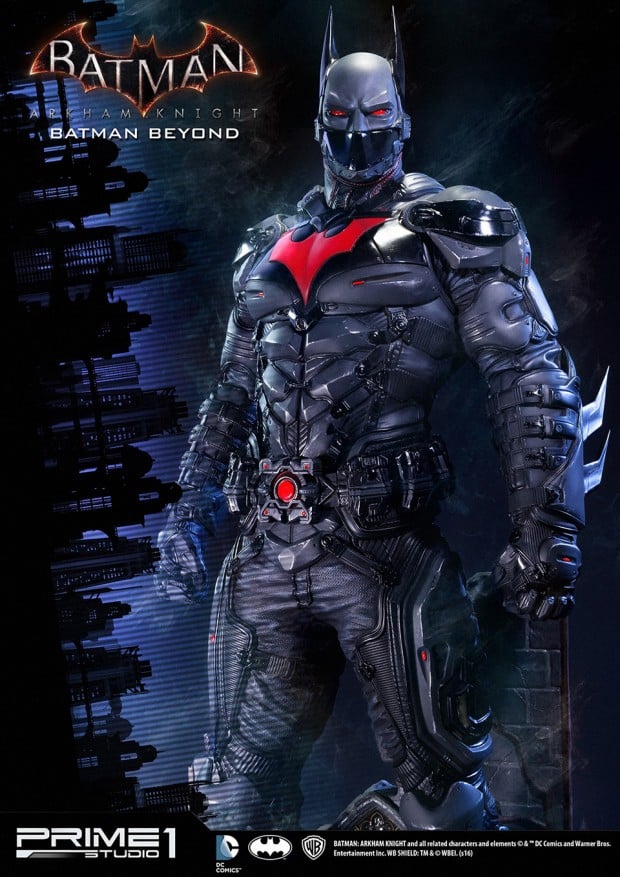 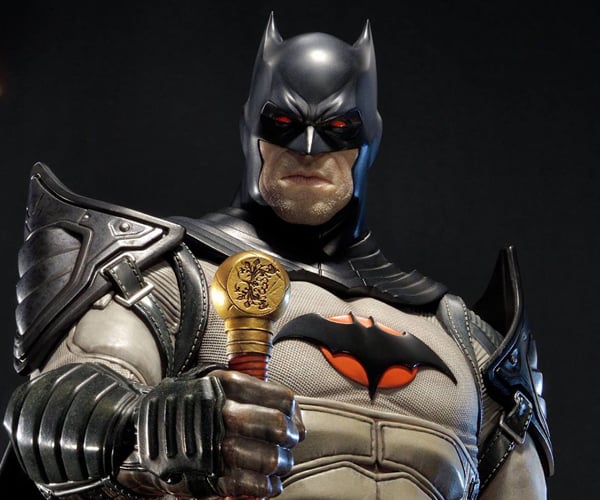 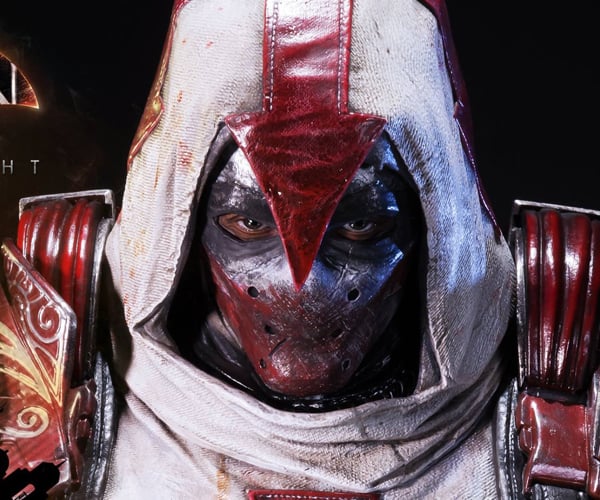 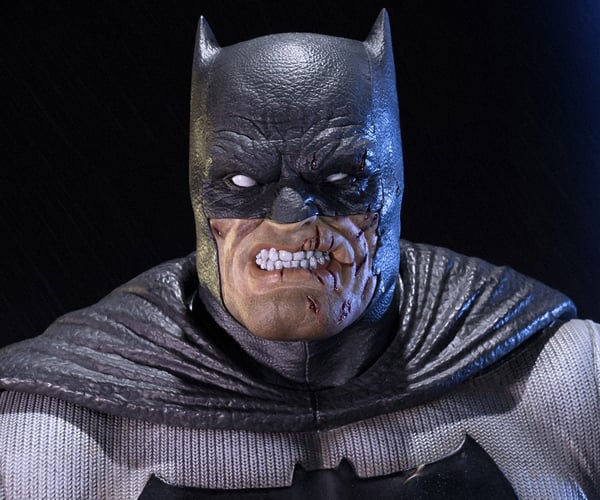