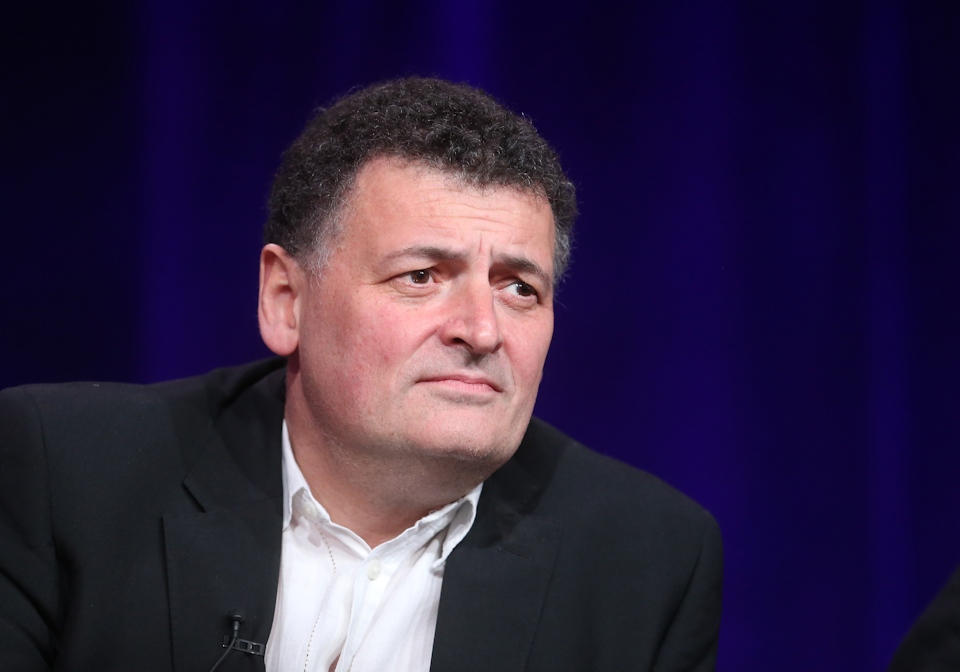 Every night before bed, I get down on my knees and I pray to all gods everywhere that Steven Moffat will leave Doctor Who, and now my prayers have been answered. Okay, I might be exaggerating a bit, but I have wished for this news and now it is finally happening. It was announced on Radio Times that Steven Moffat will be stepping down as the Doctor Who showrunner. He will be replaced by Broadchurch showrunner Chris Chibnall.

We still have a bit of time with Moffat still in the showrunner’s seat however. Moffat will finish out the next 12-part series, and then be replaced by Chibnall for 2018. So we still have one more year of Moffat. A new companion will be in place before Moffat leaves as well. Hopefully this does not mean that Peter Capaldi is leaving as well, but since they seem to have an unnatural fixation on Doctors serving just three years, I am afraid we will lose him as well.

Chibnall has written for Who several times, so he is not new to the show, which is good news. Moffat had this to say:

“Feels odd to be talking about leaving when I’m just starting work on the scripts for season 10, but the fact is my timey-wimey is running out. While Chris is doing his last run of Broadchurch, I’ll be finishing up on the best job in the universe and keeping the TARDIS warm for him. It took a lot of gin and tonic to talk him into this, but I am beyond delighted that one of the true stars of British Television drama will be taking the Time Lord even further into the future. At the start of season 11, Chris Chibnall will become the new showrunner of Doctor Who. And I will be thrown in a skip.”

So kids, there really is a God and a Santa Claus, and life is looking so wonderful.