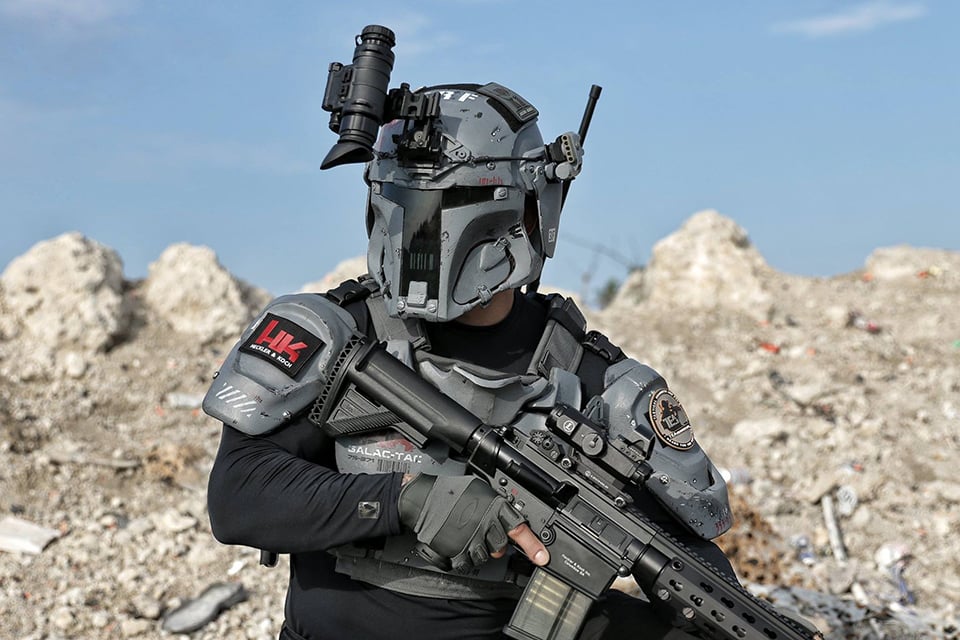 Ryan B. Flowers’ Galac-Tac is a set of airsoft armor that’s based on Mandalorian battle gear. Body armor maker AR500 Armor collaborated with Ryan as well as Heckler & Koch, SOG Knives & Tools, SureFire, Team Wendy, Armasight, TEA Headsets and Wilcox Industries to create a variant of the Galac-Tac that has actual ballistic armor and other combat gear. The set consists of a helmet, chest and shoulder plates, gauntlets and a codpiece, along with various attachment points and accessories.

As of this writing there’s no word on whether the armor will be commercially available or not. But since it was unveiled at this year’s Shooting, Hunting and Outdoor Trade Show (SHOT) I wouldn’t be surprised if it’s merely a publicity stunt. 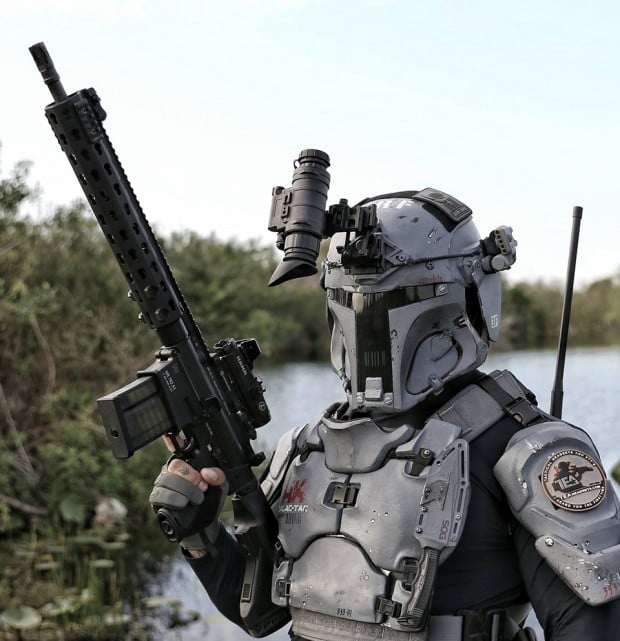 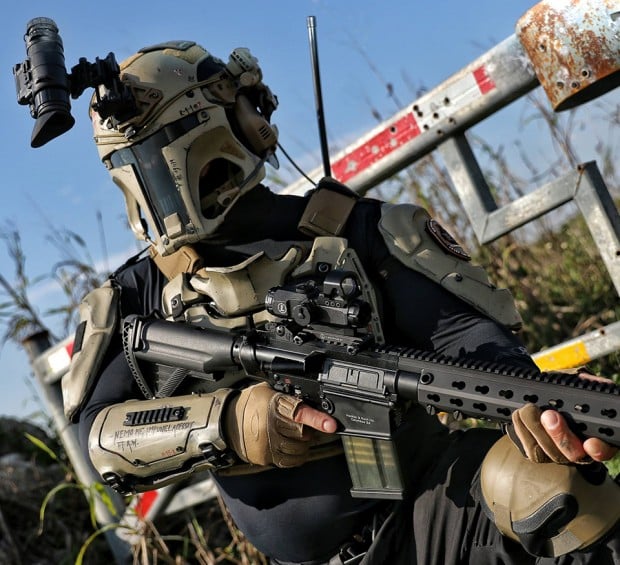 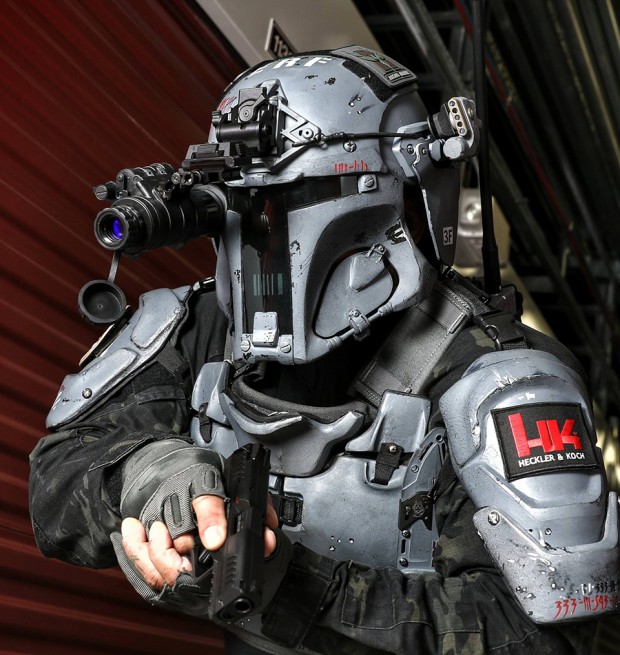 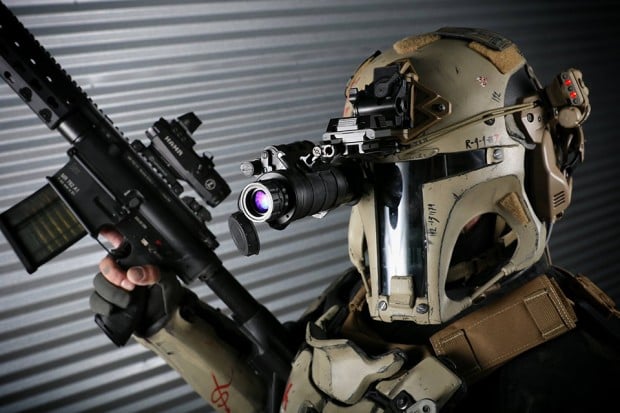