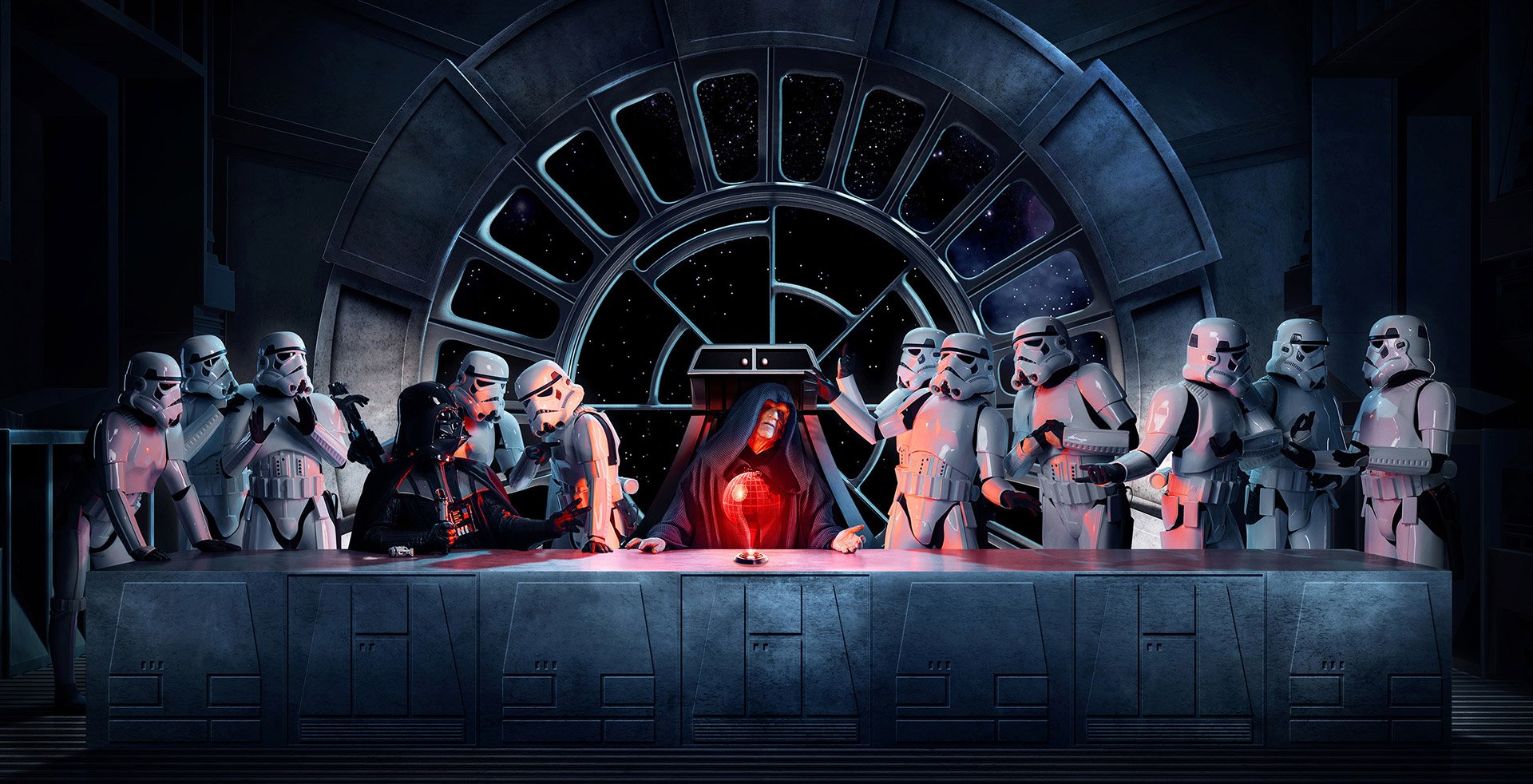 For many fans, Star Wars is a religion, so it’s only fitting that London-based photographer Steve Brown teamed up with members of the 501st Legion and 3D artist Steve Newman to create Star Wars: The Last Supper, a sci-fi version of the classic religious painting. The Emperor takes on the role of Jesus and Vader is Judas since he betrayed the Emperor in Return of the Jedi.

Brown arranged and photographed members of the 501st to recreate Leonardo da Vinci’s painting and Newman constructed a digital replica of the throne room setting. A geek masterpiece was born. This would have been the last meal before the Emperor’s death.

The video is an animated ‘motion poster’ of the portrait. They did an amazing job. The hologram of the Death Star on the table is a nice touch. 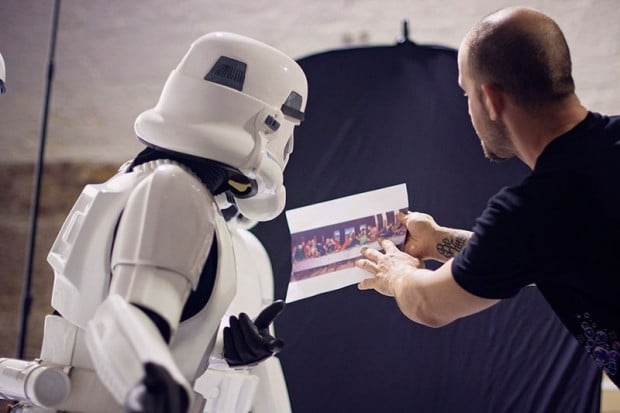 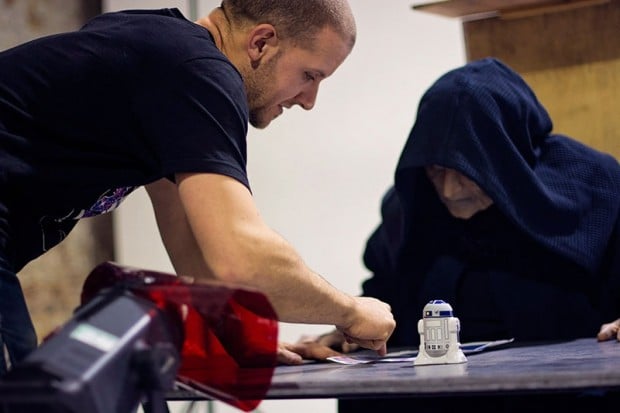 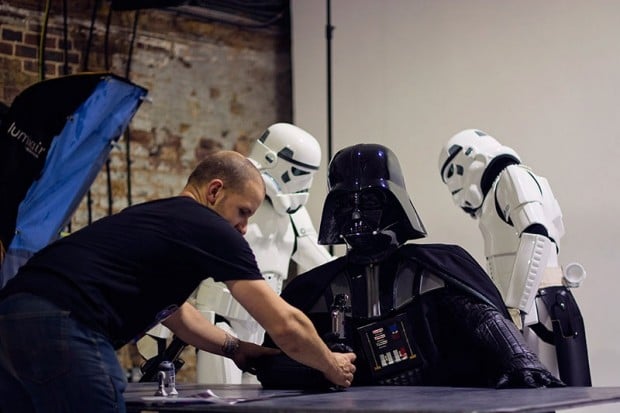