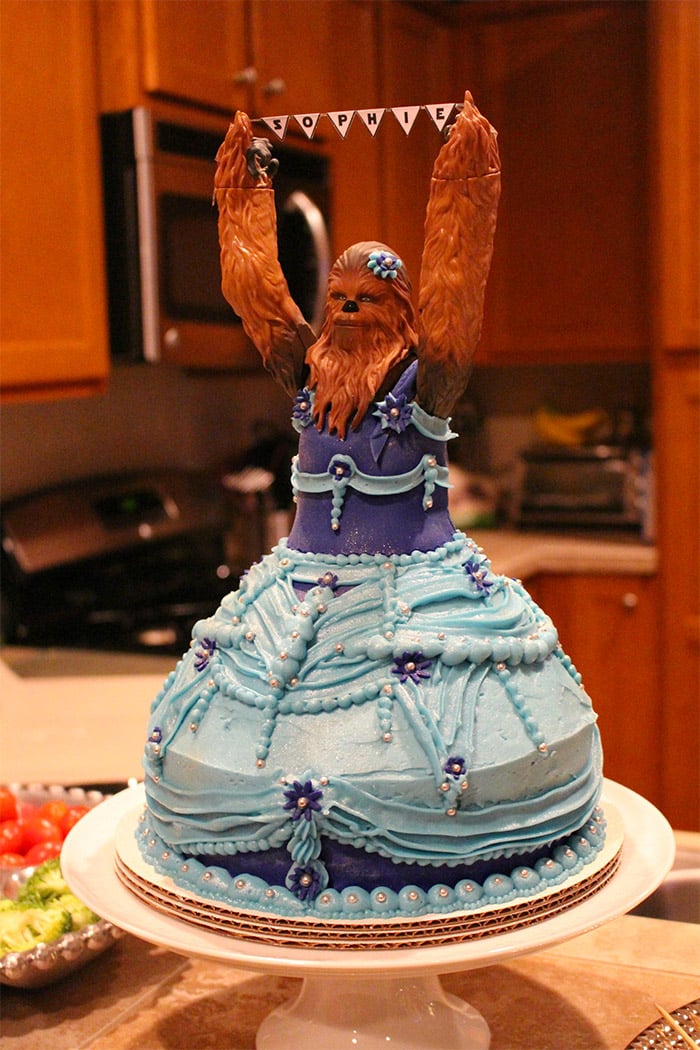 It wasn’t that long ago that we featured the awesomely weird Princess Hulk cake, thinking it was the ultimate in girly geek treats. But I think that this Princess Chewbacca really takes the cake.

Redditor jamieinthenorthwest decided to make this hilarious Chewbacca in a dress cake when his daughter proclaimed that she wanted a Star Wars themed birthday. Since he couldn’t get a bakery to make it for him, he enlisted the help of his friend Megan to create the voluminous cake dress. I think she delivered, don’t you? Though Chewie might want to rip someone’s arms out of their sockets for dressing him like this.

Now save some for us, Sophie! 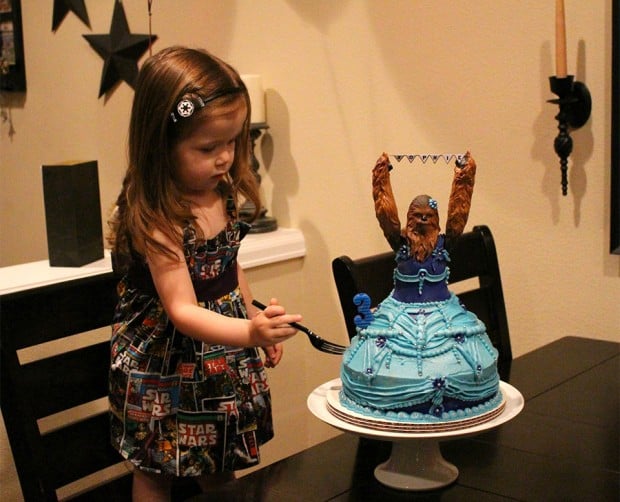 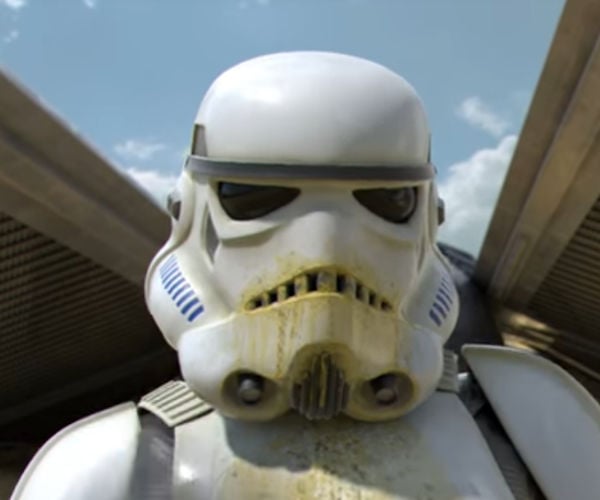 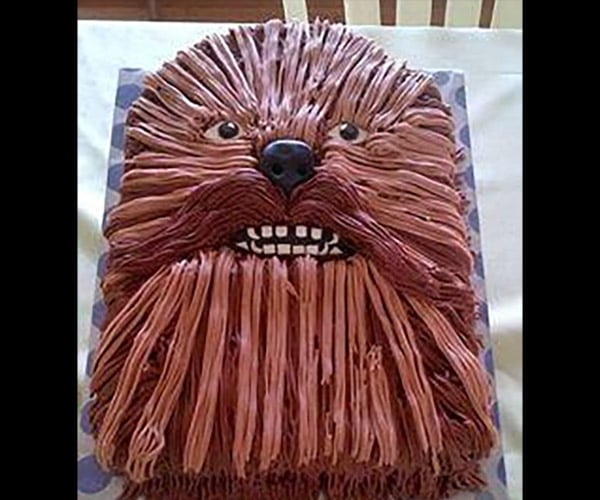 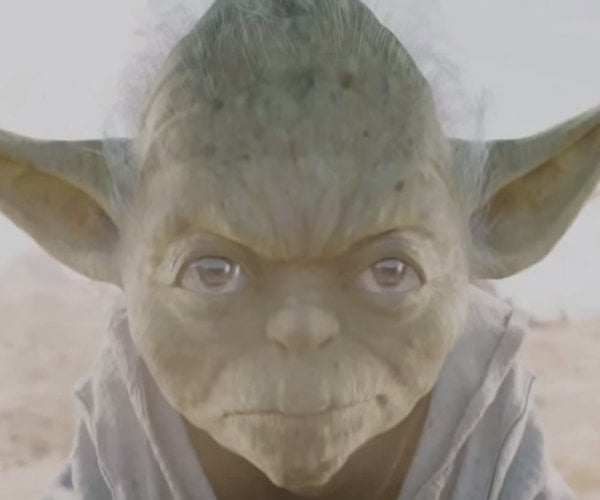 How Yoda Fixes a Cup of Noodles
« Previous
Next »
Advertisement