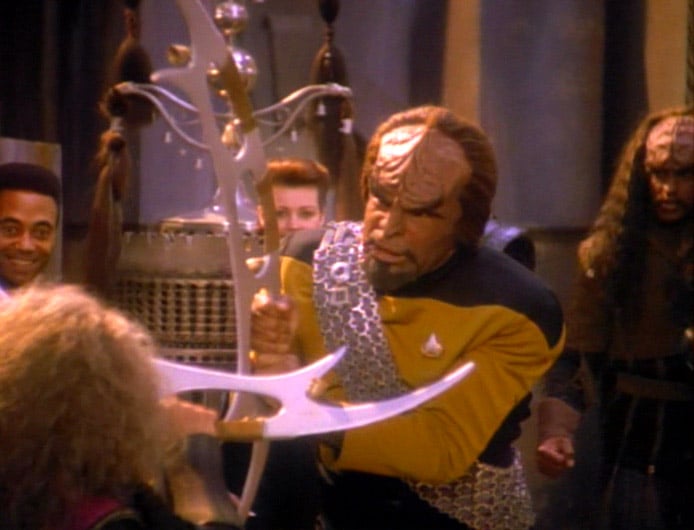 If you are a Star Trek fan, you know what a Bat’leth is. It is that weird looking sword used by the Klingon warrior race. It is supposed to be used by true warriors who fight with honor. Well, according to TV station KREM, a Spokane, Washington man is accused of attacking his next-door neighbor with a replica Bat-leth.

50-year-old Carlo Morris Cerutti was charged with assault after allegedly swinging at his neighbor with the sword in a dispute over garbage. Cerutti’s wife, Joyce, told KREM that their neighbor was using their trash can, so she carried a bag of the trash back over to his house. That’s when she said the unnamed neighbor threw the garbage at her, and began spreading the garbage over their yard. That’s when Klingon rage overtook Cerutti, and when the nerd weapon came out.

The neighbor says Cerutti went out of the house and attacked him with the Bat’leth, which the neighbor managed to block and grab away. Joyce Cerutti says her husband only took the sword from its place on the wall after the neighbor forced his way into their home. We need Jean-Luc Picard to preside over this case and find the truth.