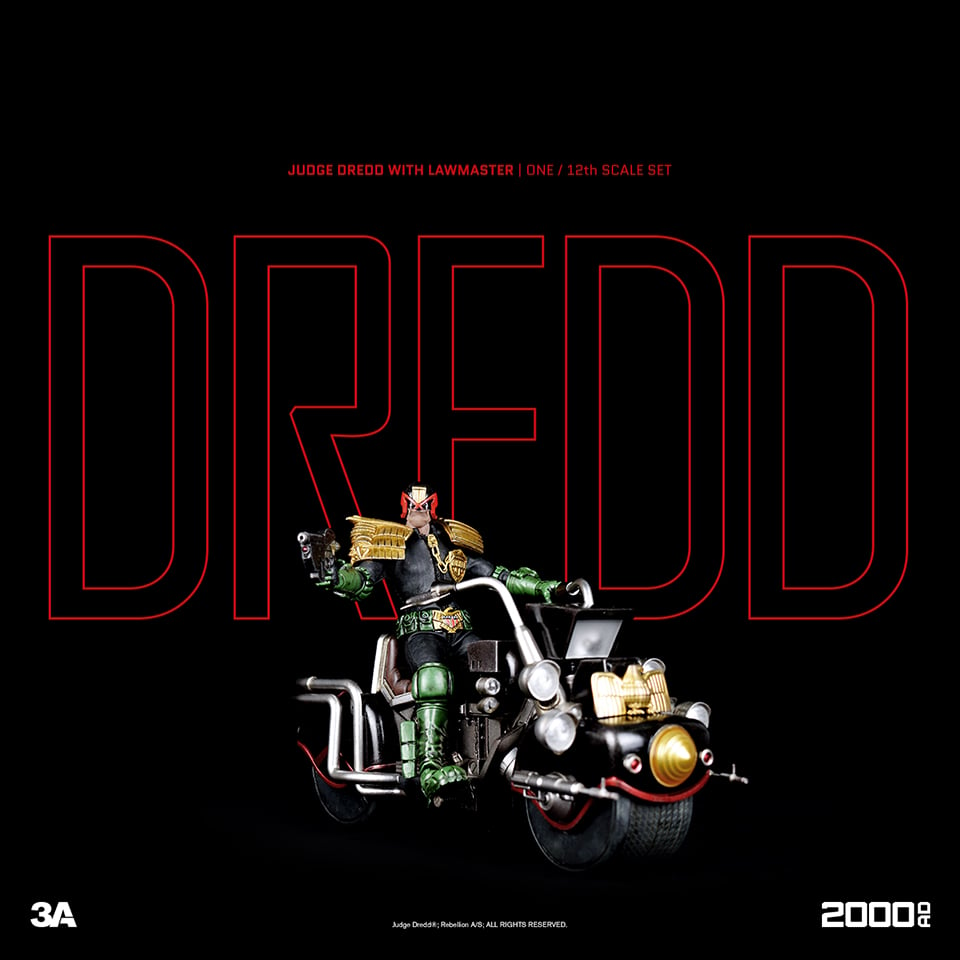 3A has announced that the 1/12 scale Judge Dredd and Lawmaster Mk. 1 figures it previewed at SDCC will be available starting 11/26. Like Mezco’s Dredd, this figure is based on the 2000AD comics, although 3A’s take appears to a bit be more detailed. It comes with three pairs of hands, the Lawgiver Mk.1 & Mk.2 pistols and a Daystick, while the Lawmaster Mk.1 has six LED lights.

You’ll be able to get both figures for $160 (USD); 3A will also have black and white variants exclusively on Bambaland. In case you missed it, 3A’s 1/12 scale Judge Death is already available for $60. 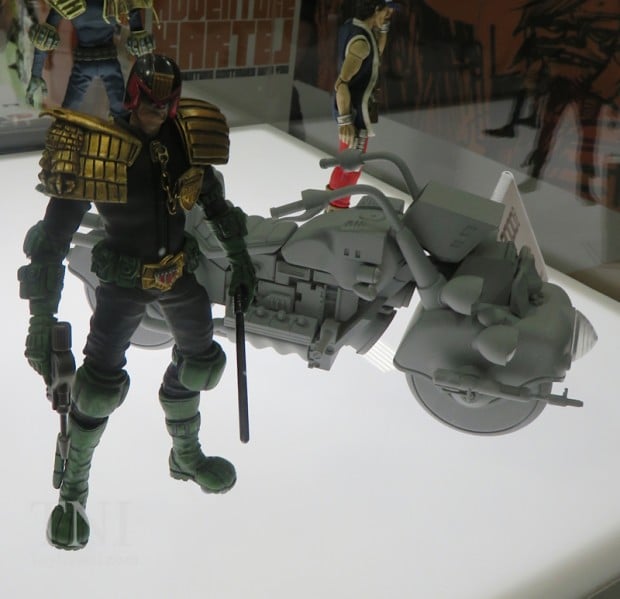 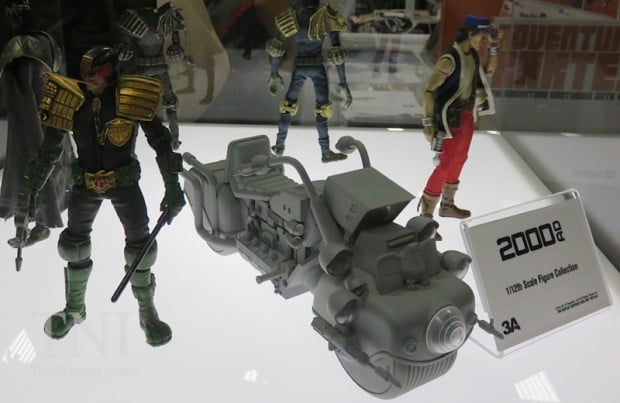