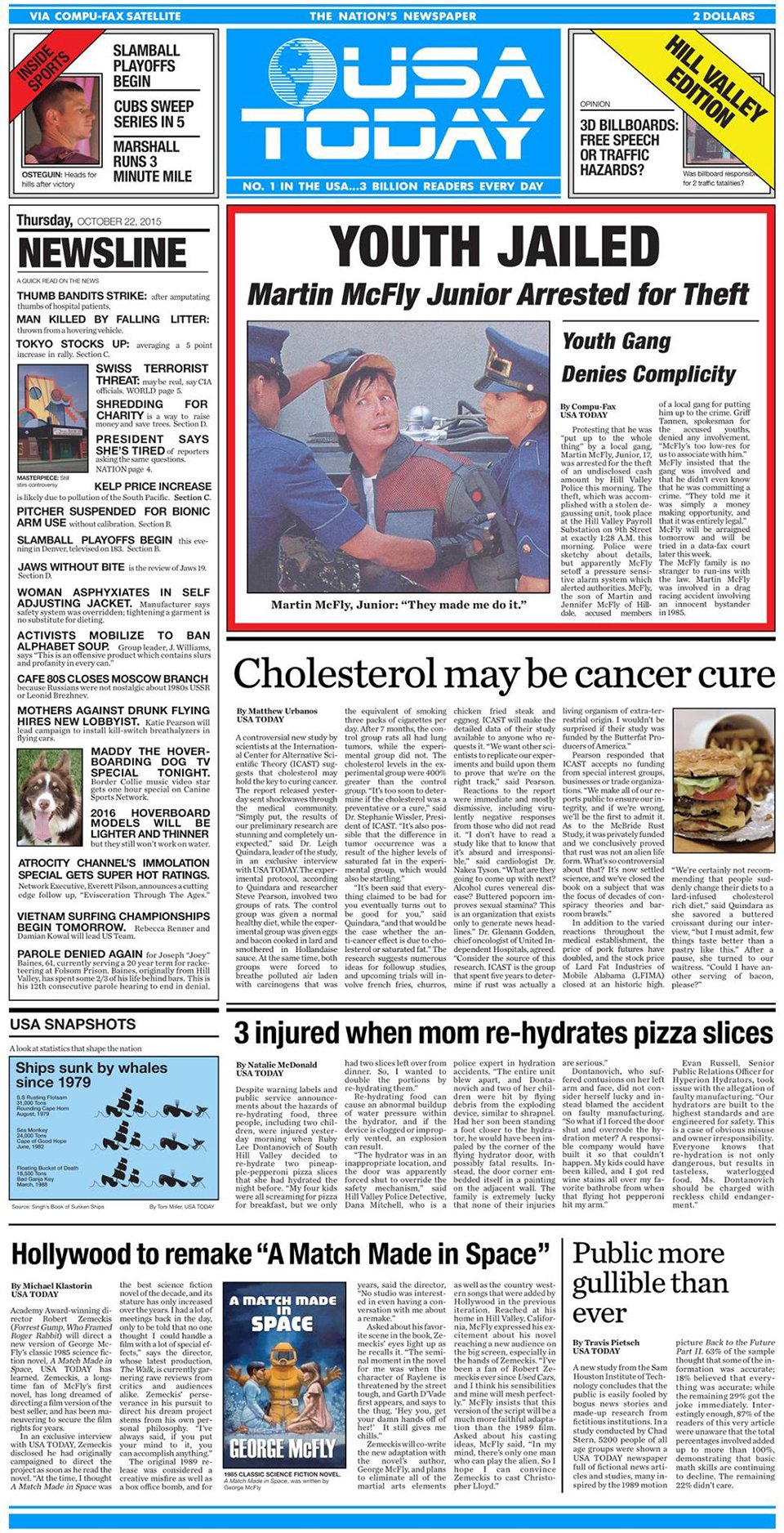 The Back to the Future II bandwagon frenzy will reach its peak not today but tomorrow with this self-fulfilling prophecy. I don’t know if you still buy or even read newspapers, but you just might buy one this Thursday. USA Today’s 10/22/15 issue will have the same front page that announced Marty McFly Jr.’s arrest, the Cubs winning the World Series and more.

The paper did make at least one notable change: the upper right header, which originally says, “Washington prepares for Queen Diana’s Visit”, has been changed to “3D Billboards: Free Speech or Traffic Hazards?”

USA Today also said on its Facebook page that the three stories on the lower half of the front page were never in the movie; they were written by BTTF co-creator Bob Gale just for this release.