After much teasing ,The Fwoosh has finally launched its first batch of action figures via Kickstarter. Articulated Icons: The Feudal Series features two 1:12 scale ninja action figures that were prototyped by the talented folks at Gentle Giant Studios.

The Basic Ninja comes in black or red and comes with three pairs of hands, two heads, two detachable hoods (hood up and hood down), a knife, two swords with scabbards and a belt loop to hold the scabbards.

The Deluxe Ninja action figure comes in black or white and has everything that the Basic Ninja has plus an one more pair of hands (four pairs total), an unmasked “Master” head, a bladed staff, a bow, an arrow, a quiver, a sai, a sickle with a ball and chain, a bo staff, throwing stars and a modular rooftop base.

The rooftop base also has slots at the back for wall mounting.

Pledge at least $35 (USD) on Kickstarter to receive the Basic Ninja as a reward; $50 or more gets you the Deluxe Ninja. The Fwoosh also has lots of stretch goals lined up, including extra arms and hands and lots of other action figures. 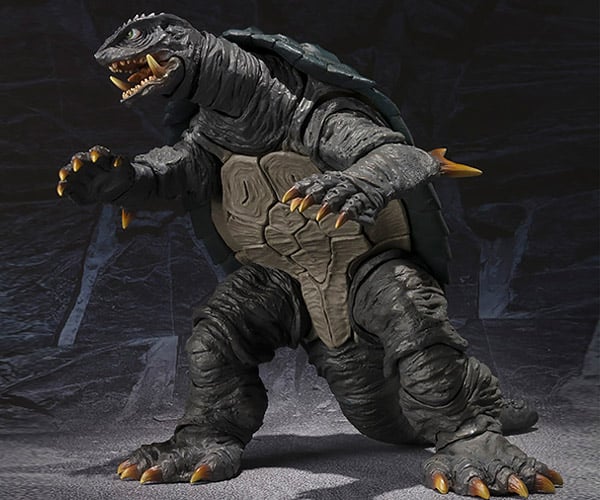 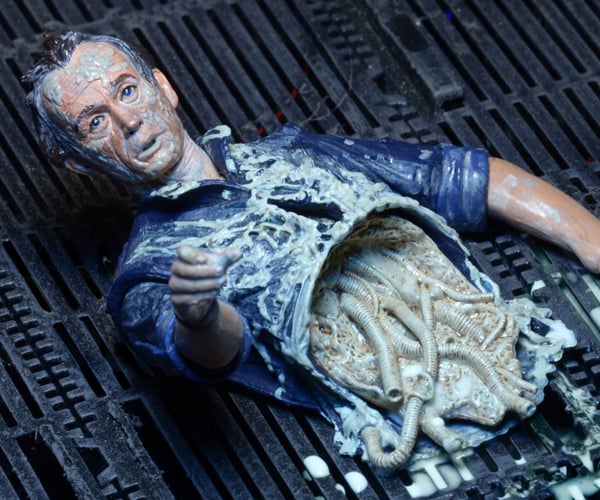