Aside from the First Turtle figures, Mondo also unveiled more Teenage Mutant Ninja Turtle collectibles at last month’s SDCC. Sculpted by Phil Ramirez, the four 1/6-scale turtles each have 25 points of articulation. Their colors are based on the classic Playmates figures, while their mean and chiseled look is from the original comic books. Each turtle also has an alternate head with a red mask, an additional nod to the comics.

The first of the 1/6-scale figures is Leonardo. He comes with two pairs of hands, a wonderfully named “pointing finger of leadership” hand, two katanas with scabbards, four shuriken, a grappling hook and cord, an Utrom Blaster, a belt and two figurines: Pre-mutation Splinter and Pre-mutation Baby Leonardo, i.e. a rat and a turtle.

There will also be 500 Mondo Exclusive variants that come with Shredder’s destroyed gauntlet based on the first issue of the original comics.

Both variants will be available at Mondo’s store starting 8/27/15. The standard variant costs $150 (USD) while the exclusive one costs $160. If you’re planning on purchasing all four turtles, you might want to sign up for Mondo’s subscription offer. Limited to 200 people, the subscription ensures you’ll get one of each exclusive variant at a $10 discount, plus a screen-printed TMNT poster. The preview video below was made by Anthonys Customs. 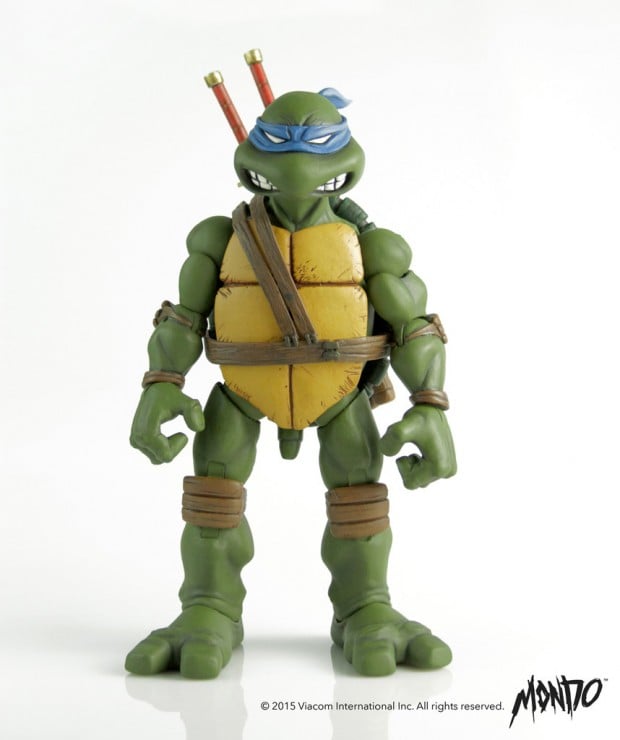 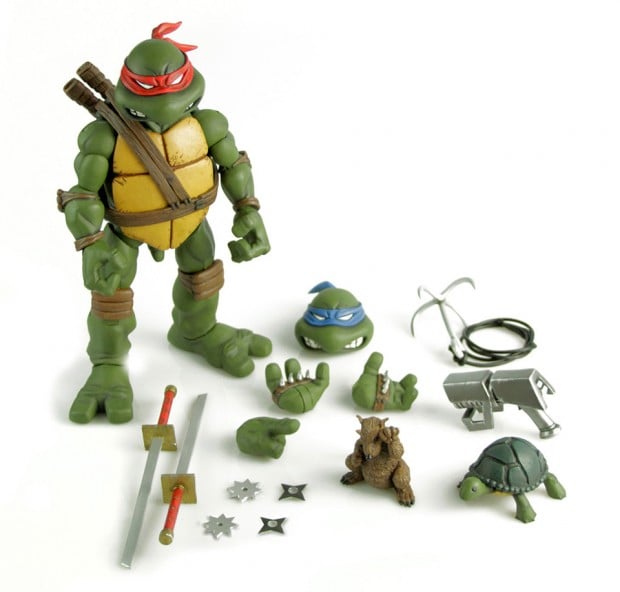 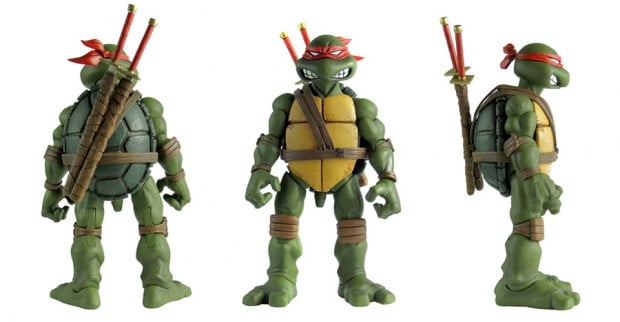 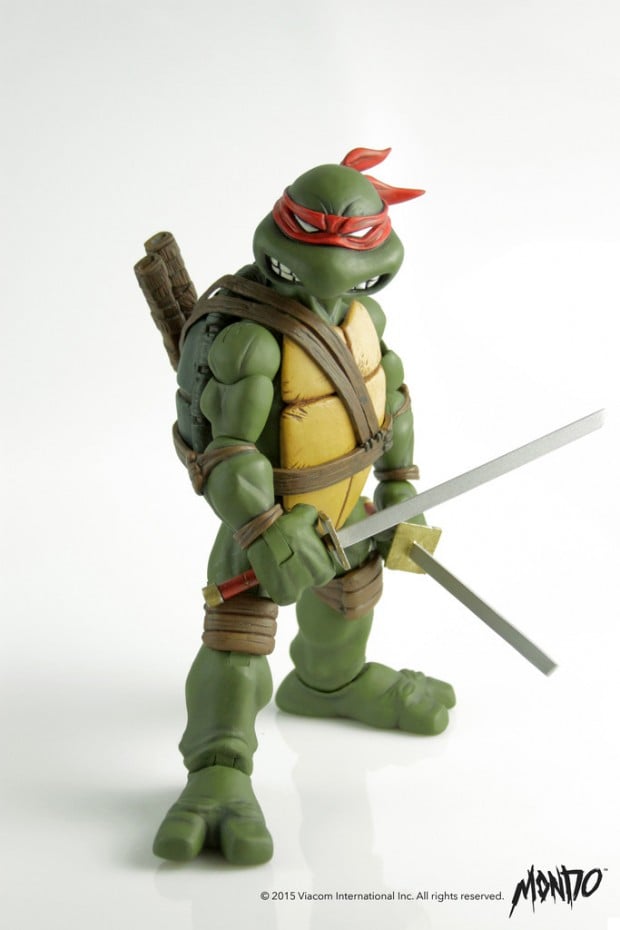 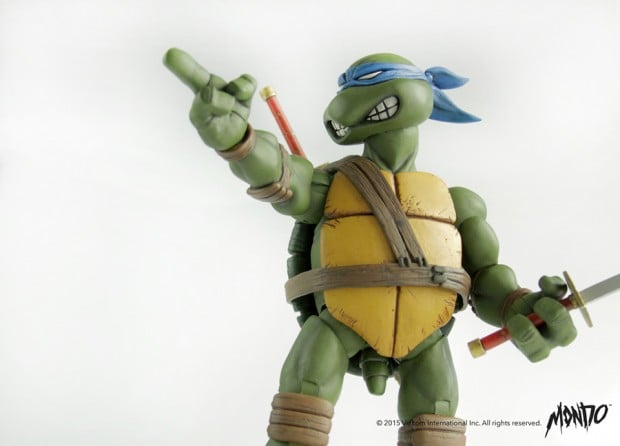 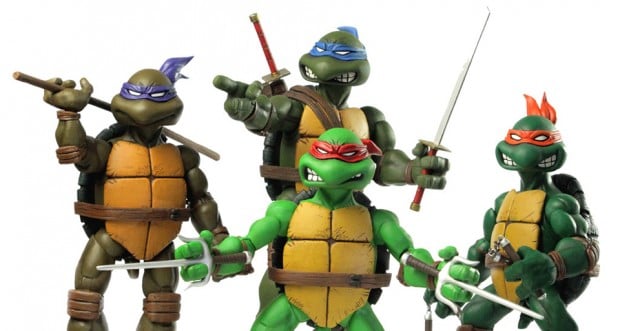 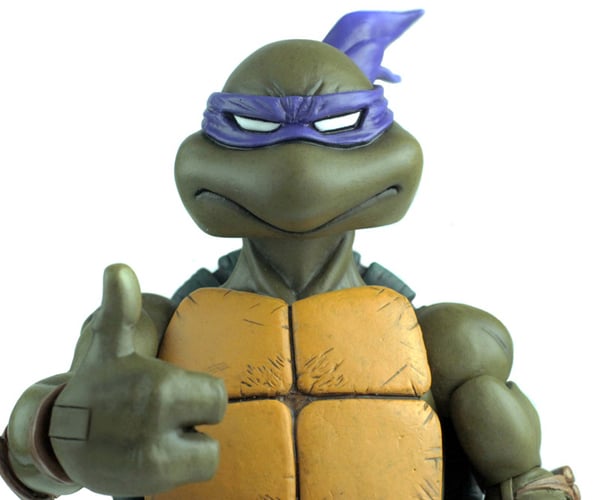 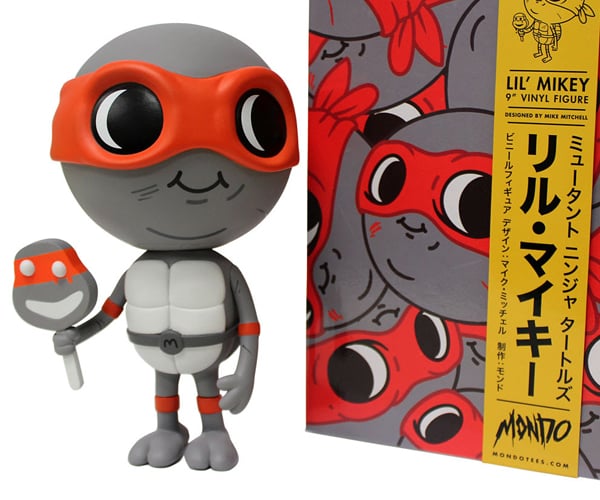 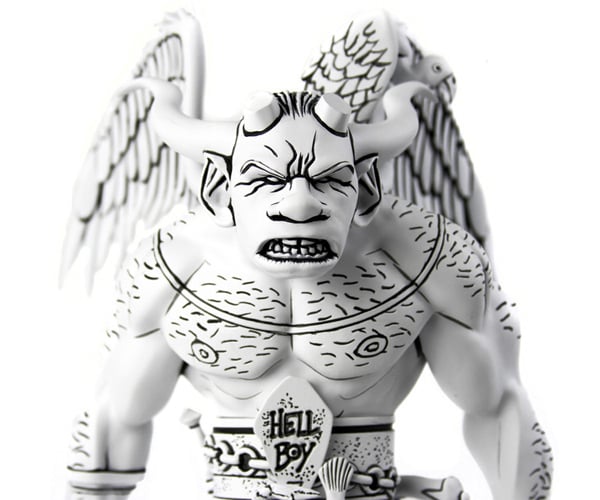