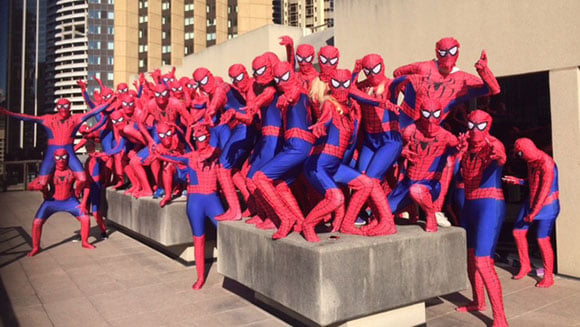 How many Spider-Men gathered all in one room at the same time does it take to break the Guinness World Record? Well, actually, 399. Why? Because a world record of 398 fans dressed as Spidey came together in October of last year in London to set a new global mark.

That record was recently shattered when an amazing 438 folks clad in Spider-Men costumes assembled in the City Recital Hall in Sydney.

The event benefitted Life Education, a group devoted to educating kids and young people about drugs and the importance of good health. Everyone had to wear a costume that met Guinness’ standards for this kind of event, and those costumes were all provided by Charterhouse, an Australian medical recruiter. If they hand’t done that, you can only imagine the number of people who would have shown up in lame homemade Spidey wear that would not have made the cut.

A cool little video from the gathering shows the massive group doing the wave, but my favorite thing from the event is a picture that shows one lone Spider-Man with long, sexy blonde locks flowing out of his/her mask. 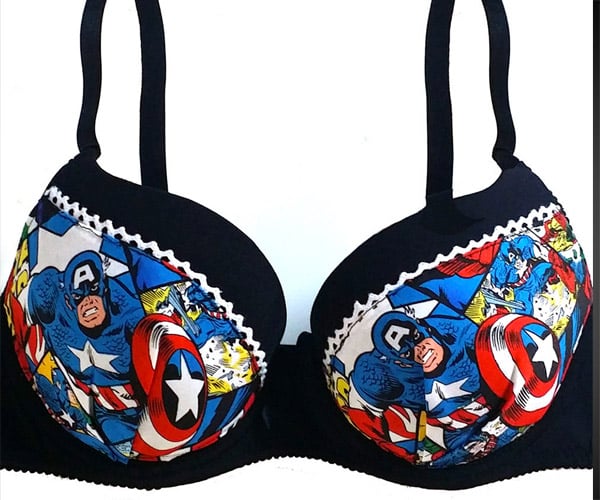 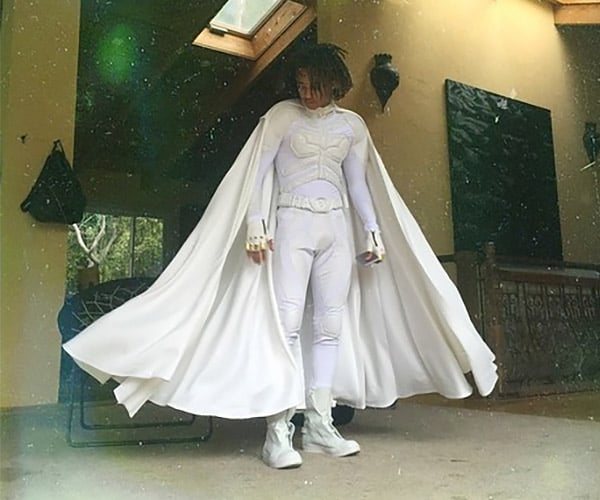 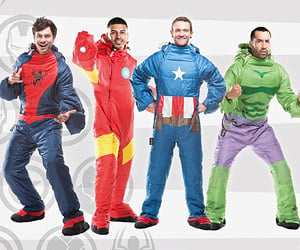