Is The Martian a Remake of Robinson Crusoe on Mars? 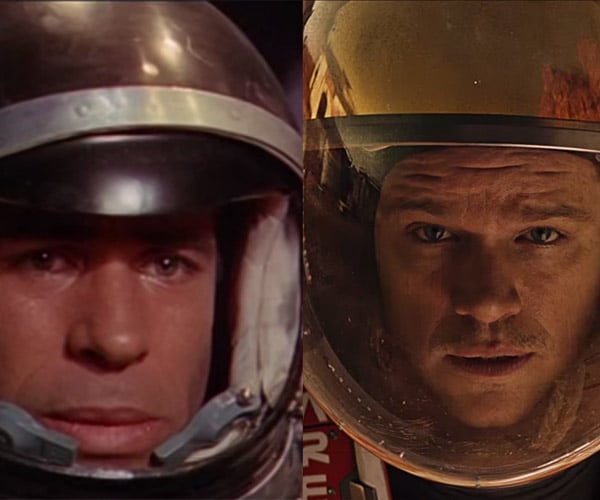 We just got the new trailer for Ridley Scott and Matt Damon’s sci-fi flick The Martian earlier today, and it looks like it could be a great movie. I mean how many other films have a line like “I’m gonna science the shit out of this.”

But then, it was pointed out over on b3ta that The Martian doesn’t seem to be a wholly original movie. In fact, the cheesy 1964 flick Robinson Crusoe on Mars appears to have an almost identical main plot. Just check out this awesome trailer from the movie and see for yourself:

Sure, the original film was loaded with some of the worst special effects this side of Roger Corman, and had a monkey as a crew member, but in the end, it’s still a movie about a man who gets stranded on Mars, and must science the shit out of things to survive.