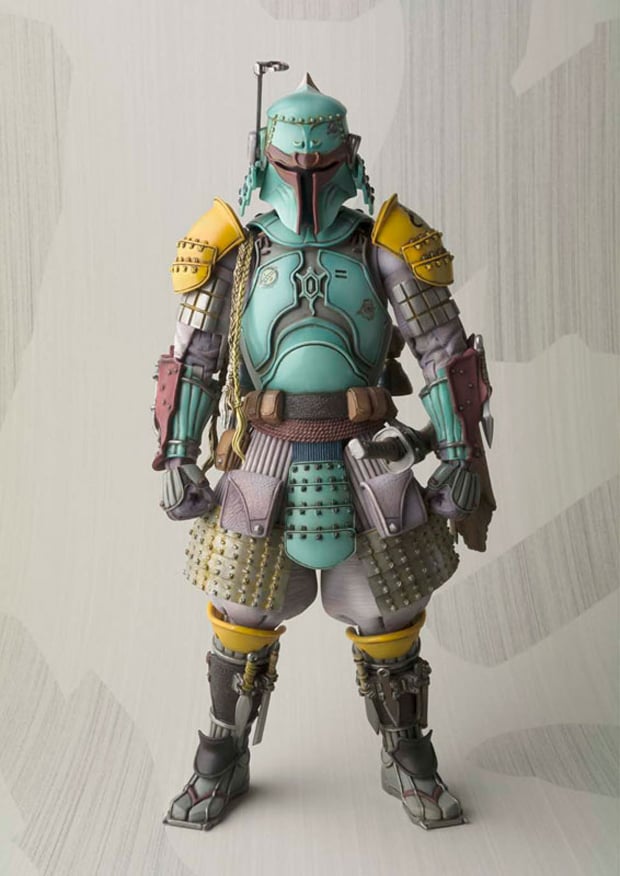 After Darth Vader and the stormtrooper it’s Boba Fett’s turn to get the samurai treatment, courtesy of Bandai’s Star Wars Movie Realization line. I think it’s even more detailed than the past two releases. Or maybe because his armor has a wider variety of colors, so it’s easier to notice its features.

The ~8″ figure comes with two pairs of hands, a blaster rifle, a sword with matching hilt, a detachable backpack missile and different blades that can be detached from Boba’s ankles and arms. He also has a badass tattered cape. You can pre-order the action figure from Entertainment Earth for $90 (USD). 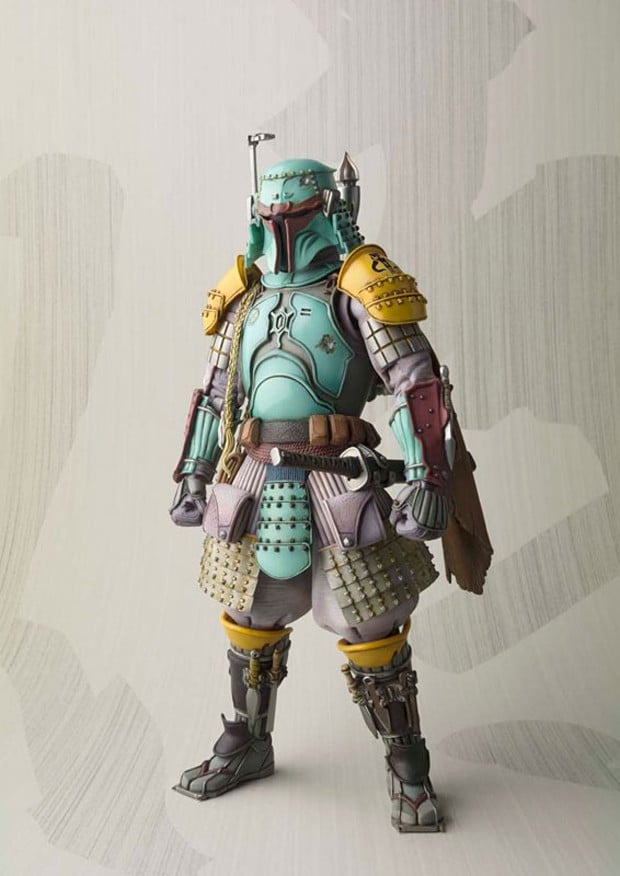 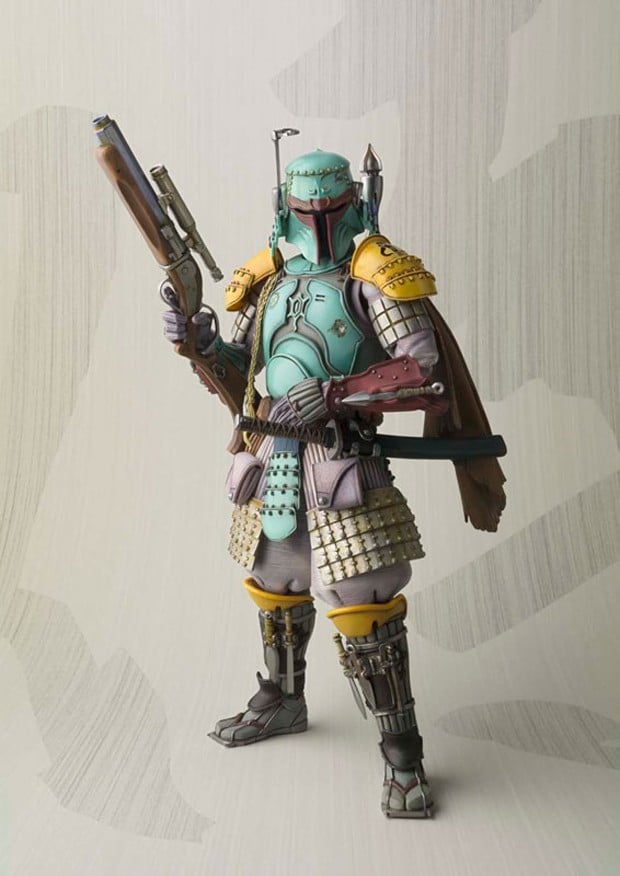 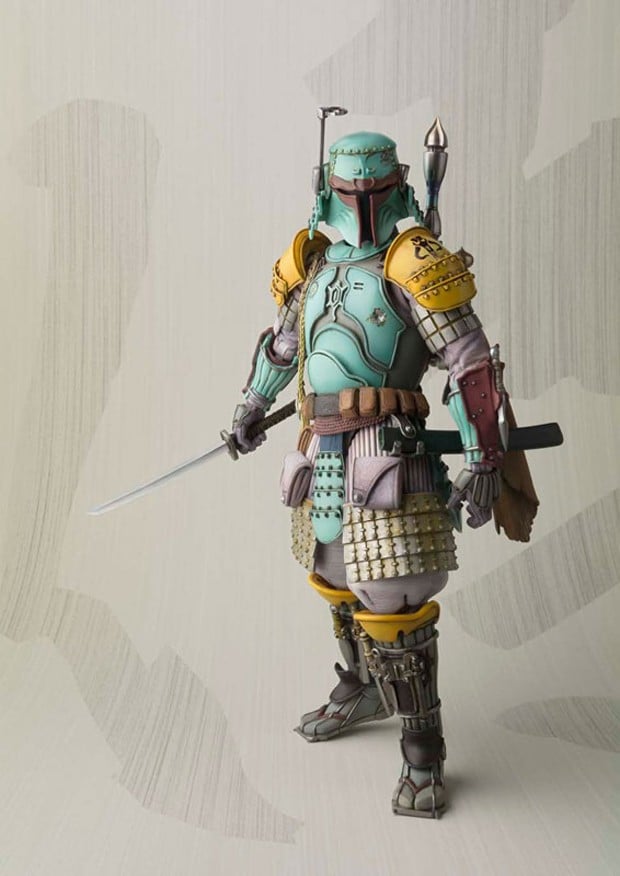 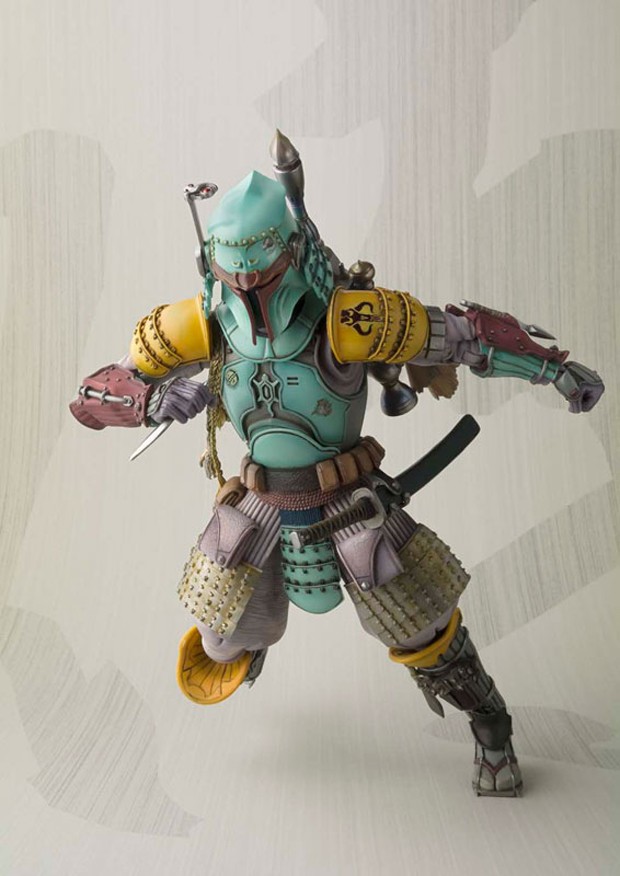 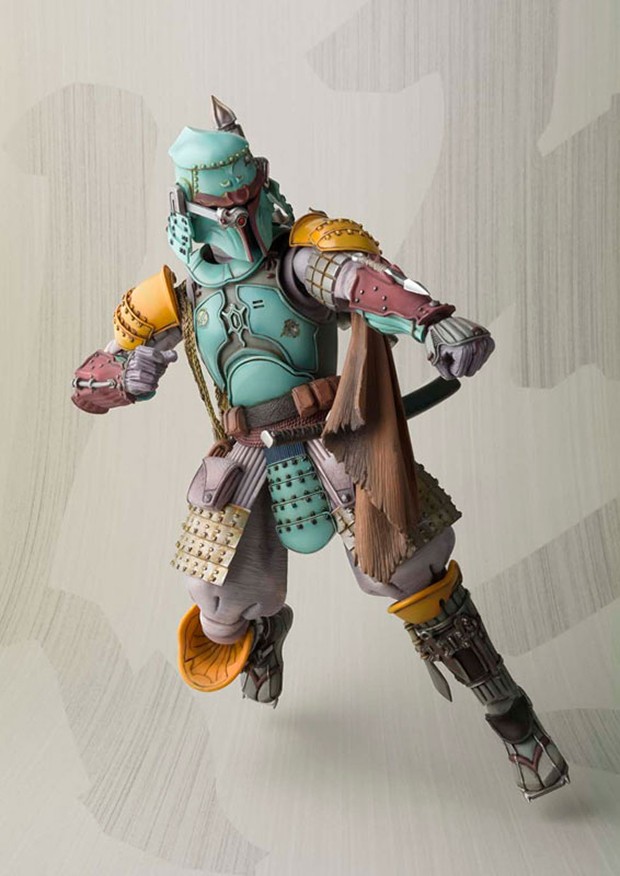 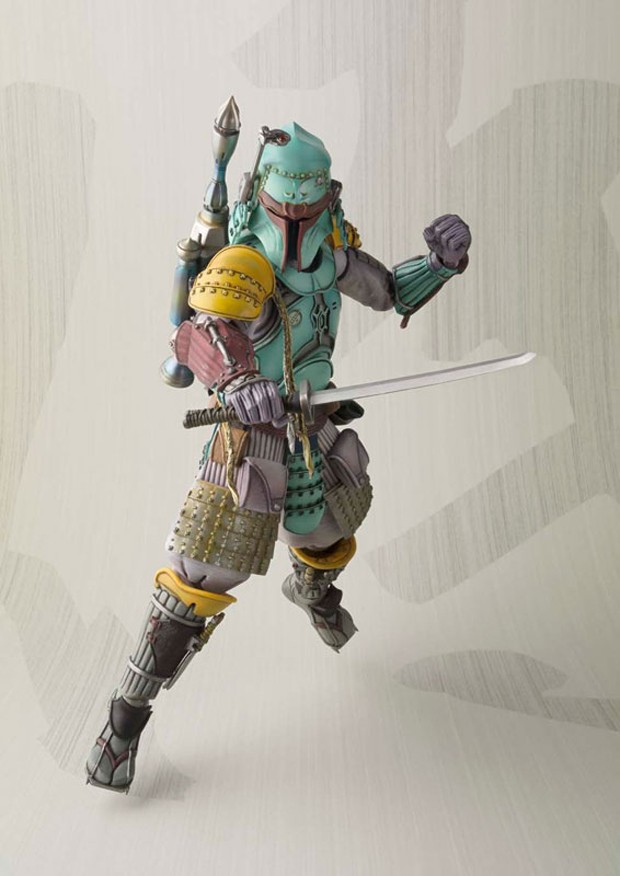 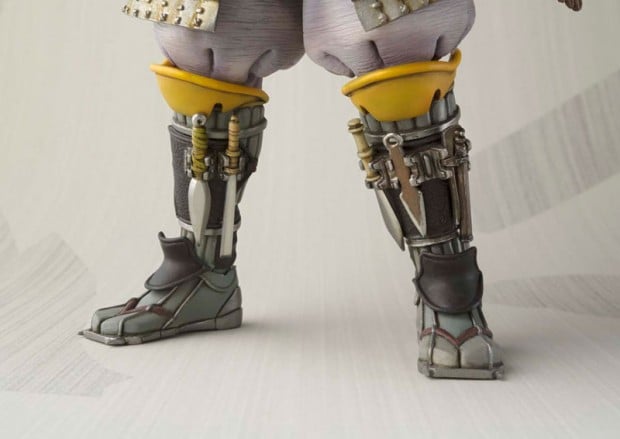 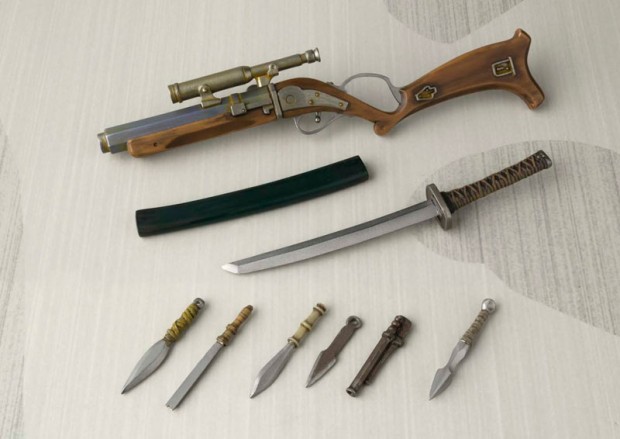