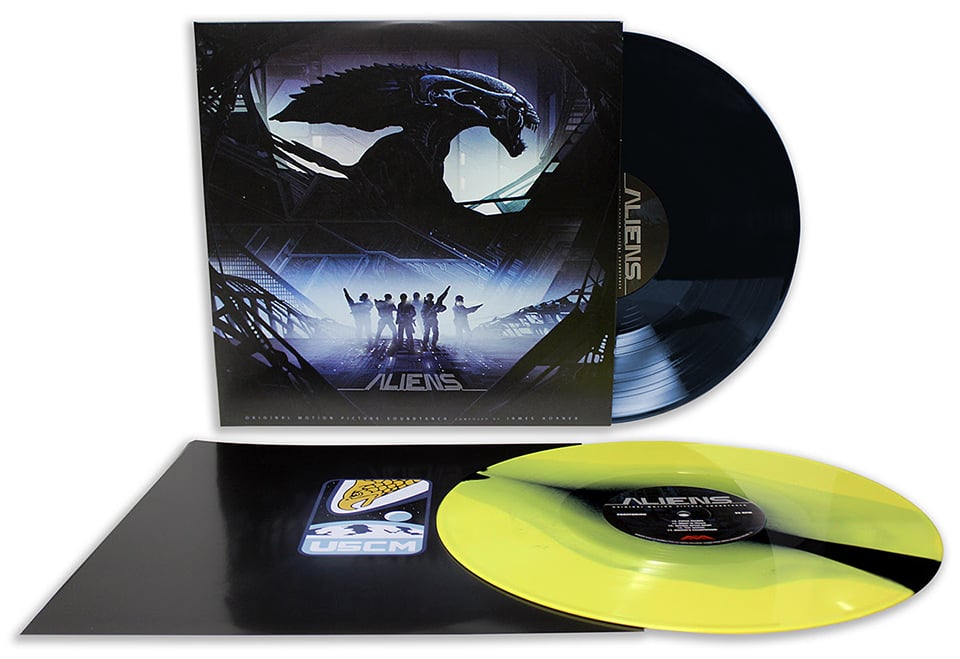 Mondo’s rapid expansion appears to be doing really well so far, with great tie-ins in both their toy and music line. One of its latest offerings in the latter is this double vinyl release of the Aliens original motion picture soundtrack. Composed and conducted by the late James Horner, the soundtrack was nominated for Golden Globe and Academy Awards. More importantly, it stands the test of time. 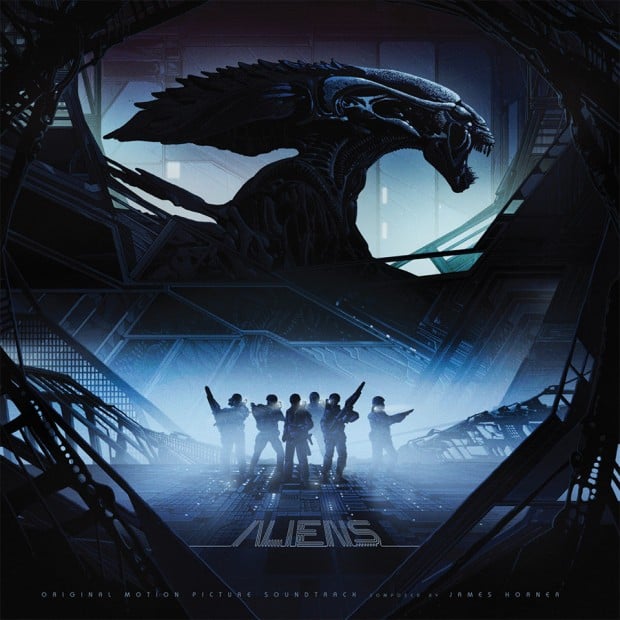 Mondo’s release consists of two 180 Gram vinyls in two color schemes. One set has a blue and black disc and a yellow and black disc, while the other set has a pair of clear vinyls. In them you’ll find over a dozen cues never before released on vinyl along with five bonus tracks. Last but not least is the kick-ass cover art by Kilian Eng.

The Aliens 2XLP should be available at Mondo’s store soon for $35 (USD).