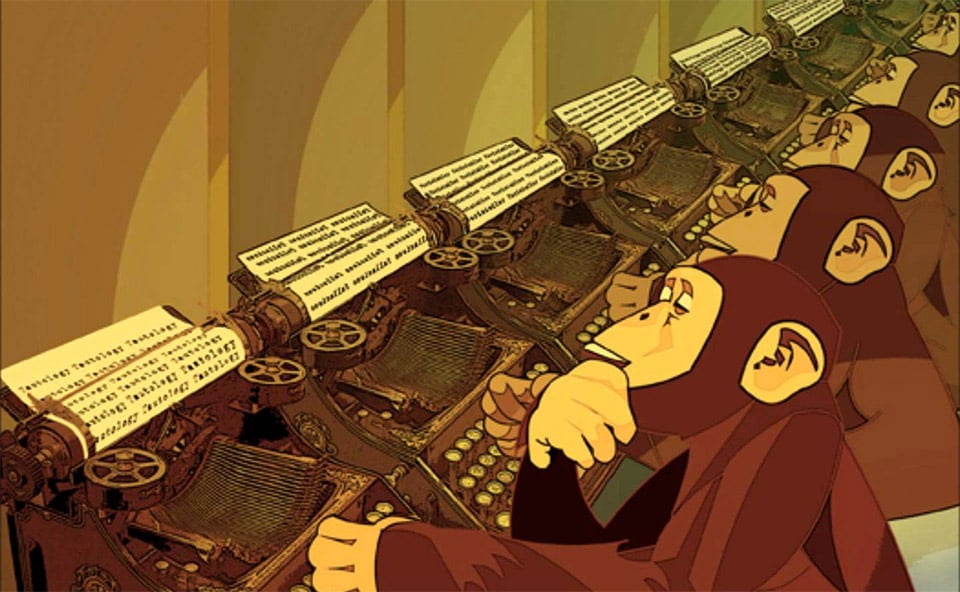 One of my favorite stories about a writer is the one where Ernest Hemingway was out at a bar with colleagues (or at least this is the version I heard), and one of them challenged him to write a short story using only six words. The world renowned wordsmith supposedly paused for a moment and then wrote the following down on a piece of paper: “For sale: baby shoes, never worn.” Wow! I was totally blown away when I first heard that tale (even though I later found out the story could not have been written by Hemingway), so I was super intrigued when I saw a post on io9.com in which blogger Ria Misra is asking people to send her their six-word sci-fi stories. As she explained, “Tell me a story, please! Involving robots, lasers, futuristic sharks, sunless worlds, sentient plants, or anything else you’ve got a mind for—and do it in just six words.” She said after she got a critical mass of stories she would be highlighting her faves.

Well, the last time I checked she has a lot of work to do to find those faves, because she has gotten hundreds and hundreds of submissions. And some of them are really clever. Here are a few of my selections:

“When grandma unfroze, the carnage began.”

“Love did not conquer nuclear winter.”

“Her shadow stretched behind her, waiting.”

“The other day, it was tomorrow.”

I encourage you to start reading the submissions (and their snarky comments), because they are infectiously interesting and fun. My only issue with this project – I wish I would have thought of the idea first.