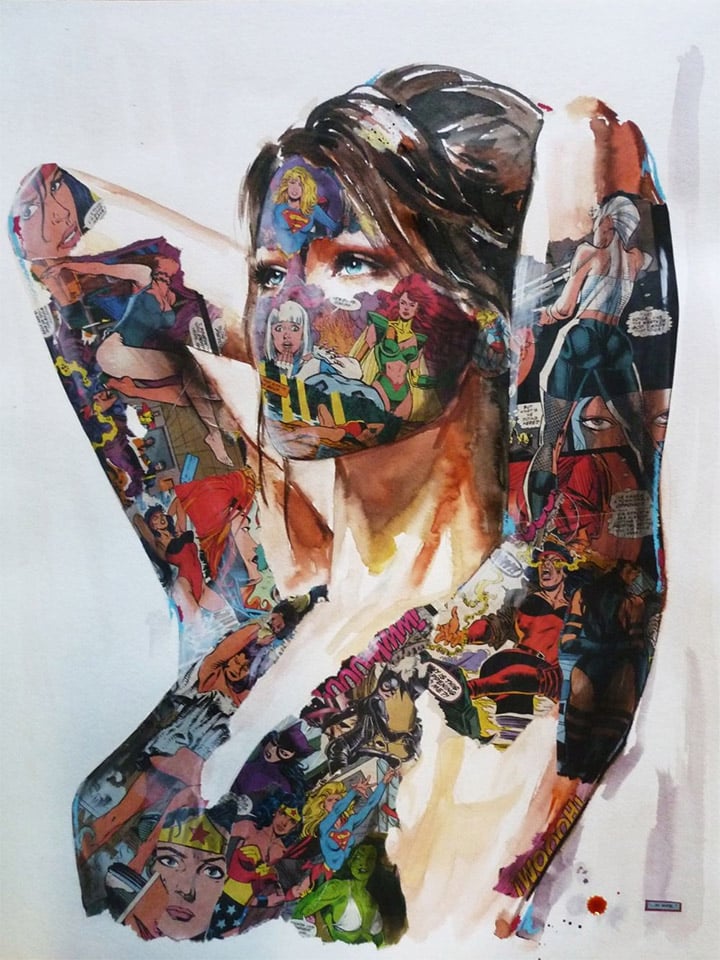 Comic book art means a lot of different things to a lot of different people. But Canadian artist and painter Sandra Chevrier, who works in Montreal, takes an entirely different approach than I have ever seen in her amazing and thought-provoking mixed-media collage series titled Les Cages.

The theory behind the series boils down to something like this – society puts unrealistic expectations on women when it comes to beauty, and thus to achieve those expectations they have to become superheroes, which, obviously, they can’t. To get this point across artistically, Chevrier employs both painting and collage to create images of women whose faces are covered in tapestries taken from the pages of classic comics. 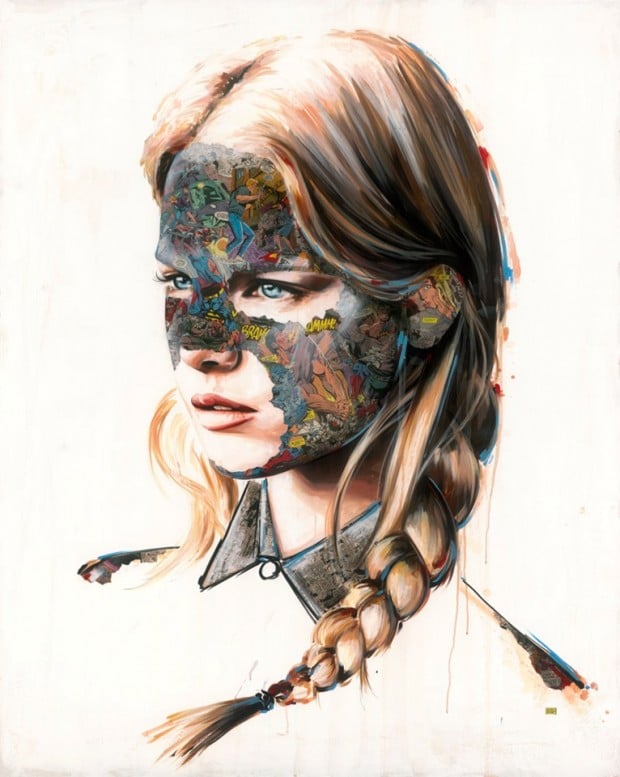 Often times the images of the superheroes even cover the mouths of the women, thus stifling their ability to express themselves and give their thoughts on what real beauty is. The women are essentially caged in by these unattainable images of super human physical beauty. The artist’s point is powerful, but the pictures themselves are incredibly original and visually arresting. Her use of Marilyn Monroe as a subject in a couple of paintings seems a bit counter-intuitive to me, but that’s the only small criticism I have. 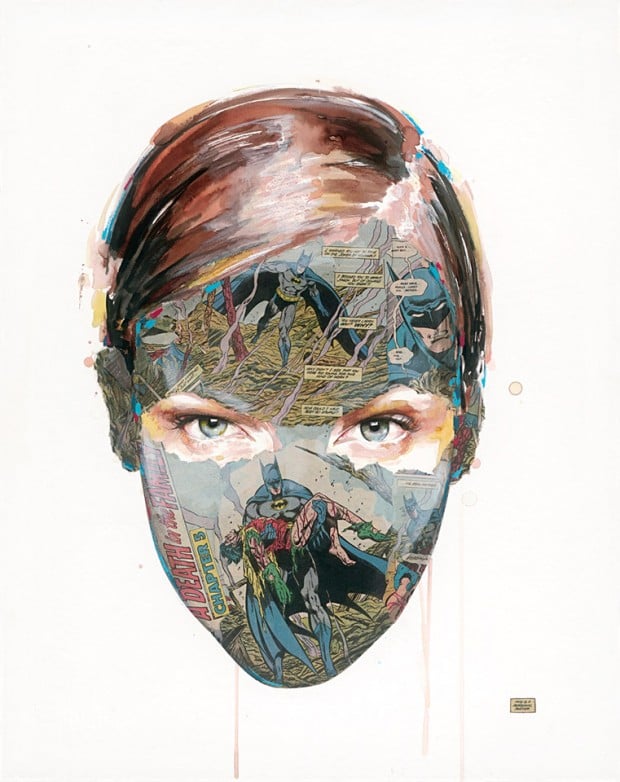 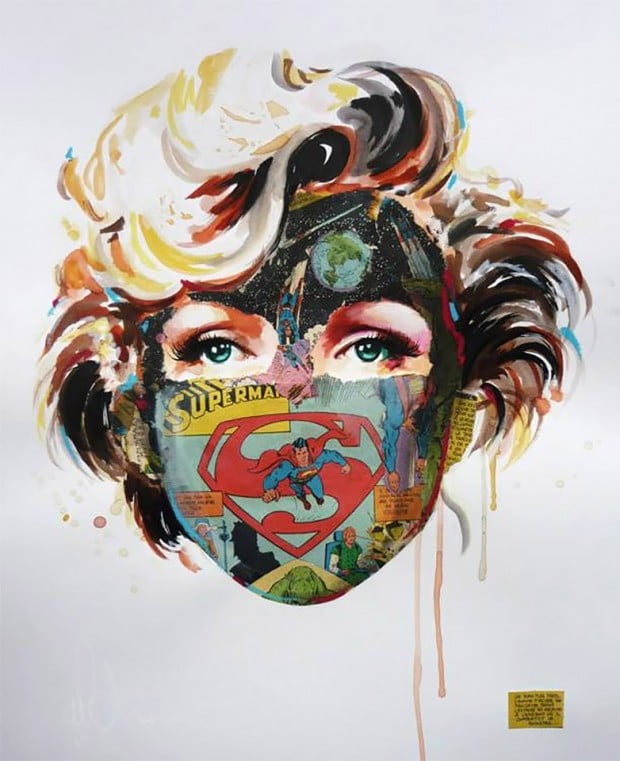 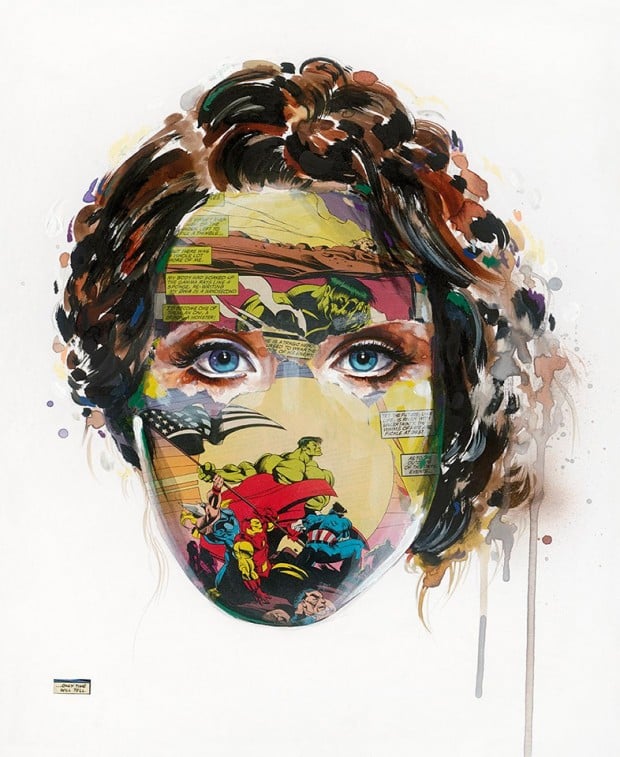 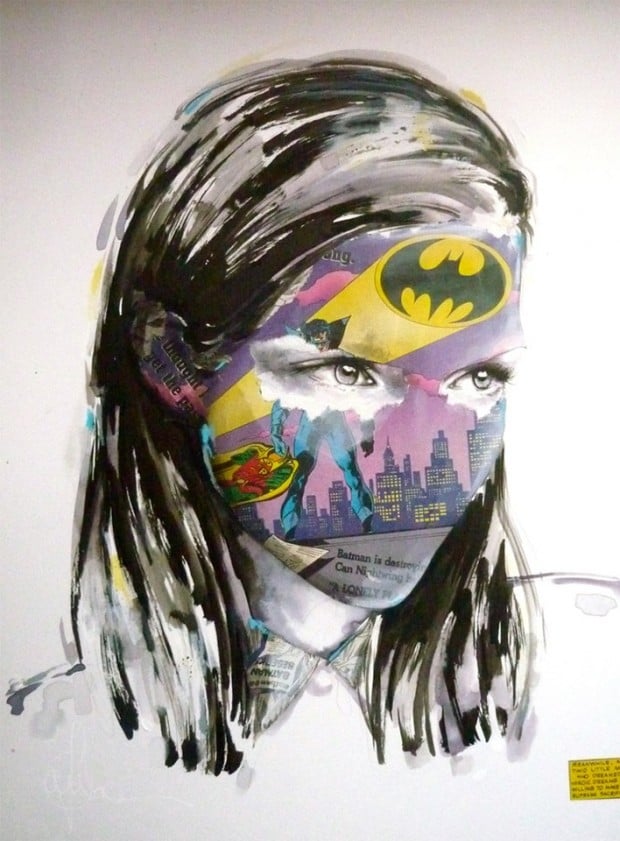 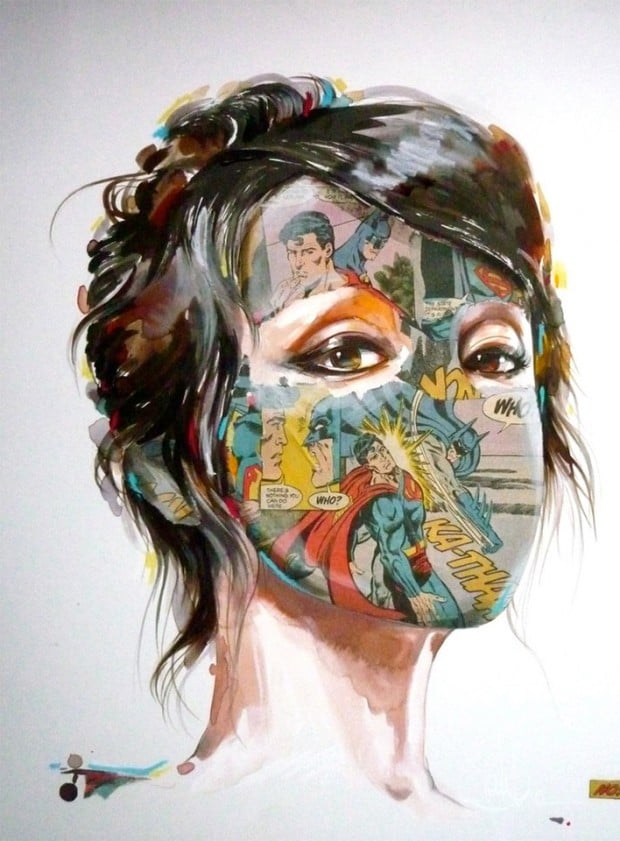 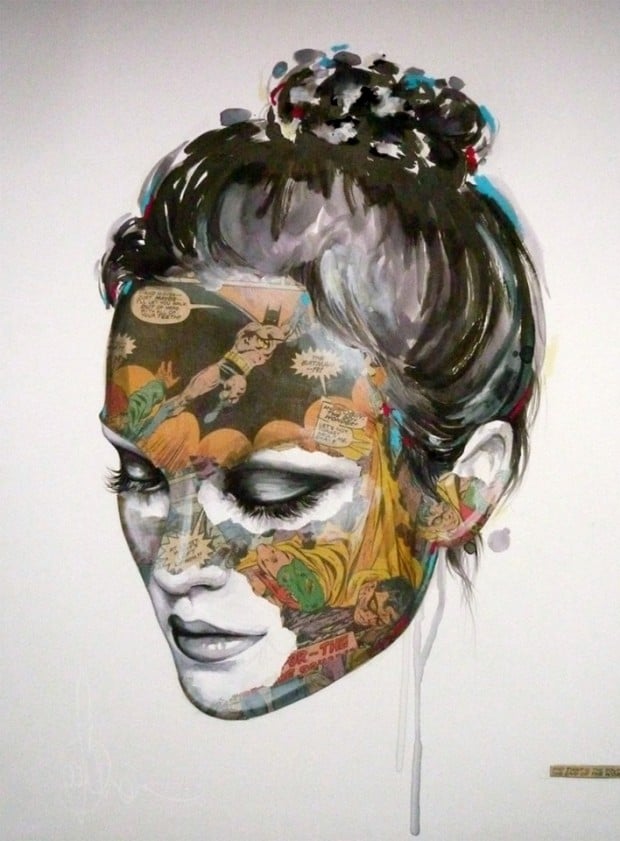 The C.O.A. Galerie in Montreal was selling T shirts and sweatshirts featuring some of the images, but they are all sold out. However, there is a series of stickers still available for just $5 that are awesome. 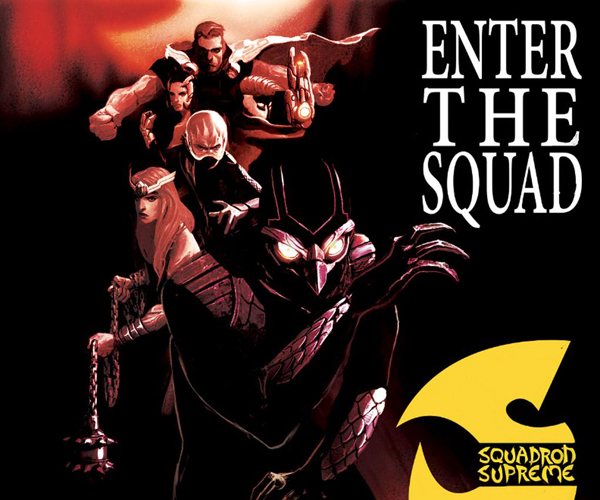 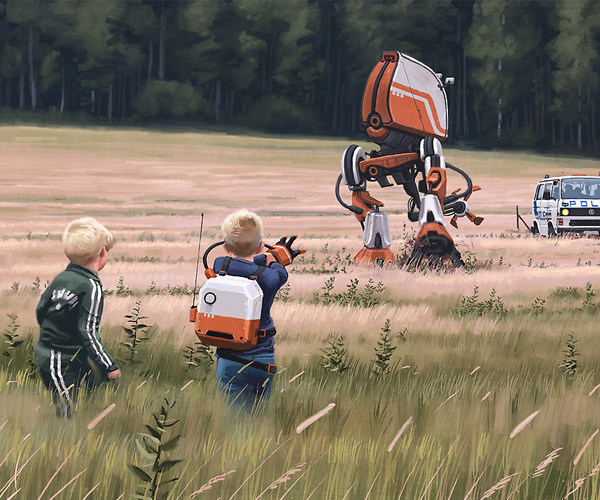 Swedish Sci-Fi Paintings Mix Us and Them 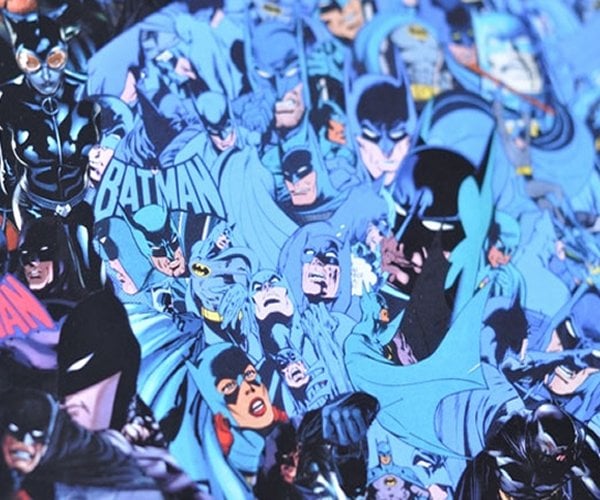