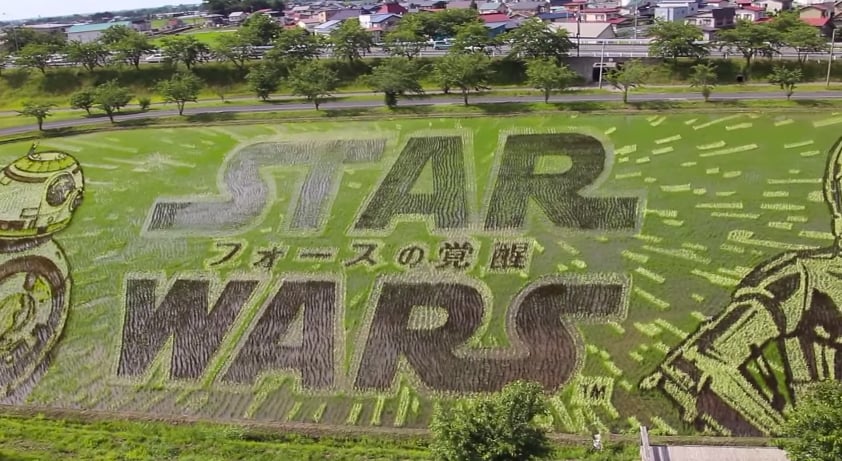 Art and rice paddies are not often mentioned together. But for about 20 years, the people who tend to the giant fields of the grain in Japan’s Inakadate Village have been creating massive artworks using strains of rice that have leaves of different shades. In the past, their creations have focused on well known, traditional Japanese artworks, but this year they went wild with their rice and decided to plant an homage to Star Wars in honor of the upcoming new episode in the film series.

An aerial video of the paddy shows it to be about the size of a football field with incredibly detailed depictions of the movie’s logo, R2-D2, C-3PO and BB-8, the ball-shaped new Droid who will debut in The Force Awakens. The work will be destroyed when the field is harvested, but what I think would be really cool is if they packaged the rice that came from it, put it in commemorative bags featuring an image of the rice painting and then sold it as a collectible. I know they could double the price of the rice and still sell out given the number of crazed Star Wars memorabilia collectors out there. 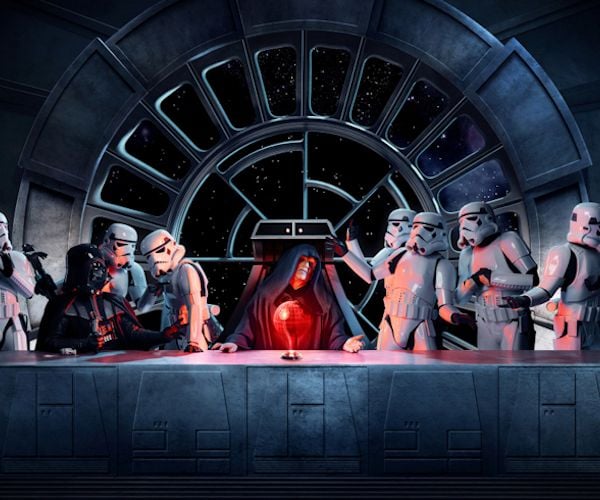 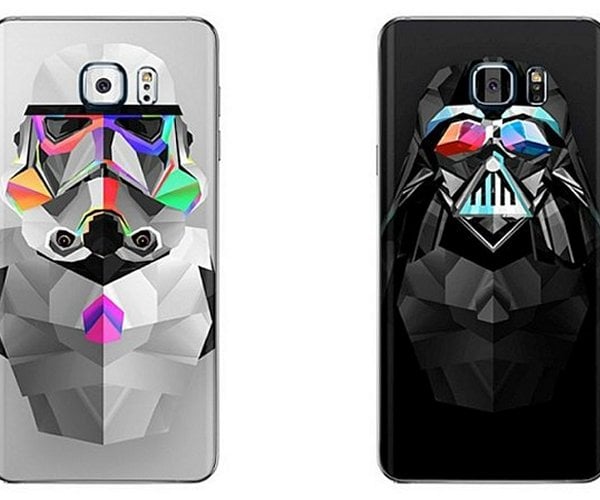 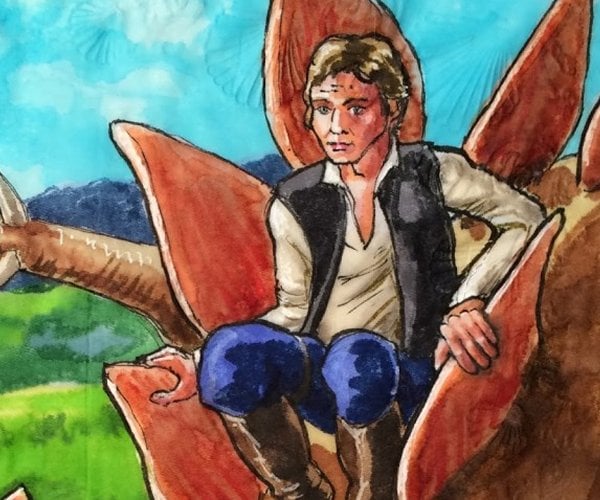