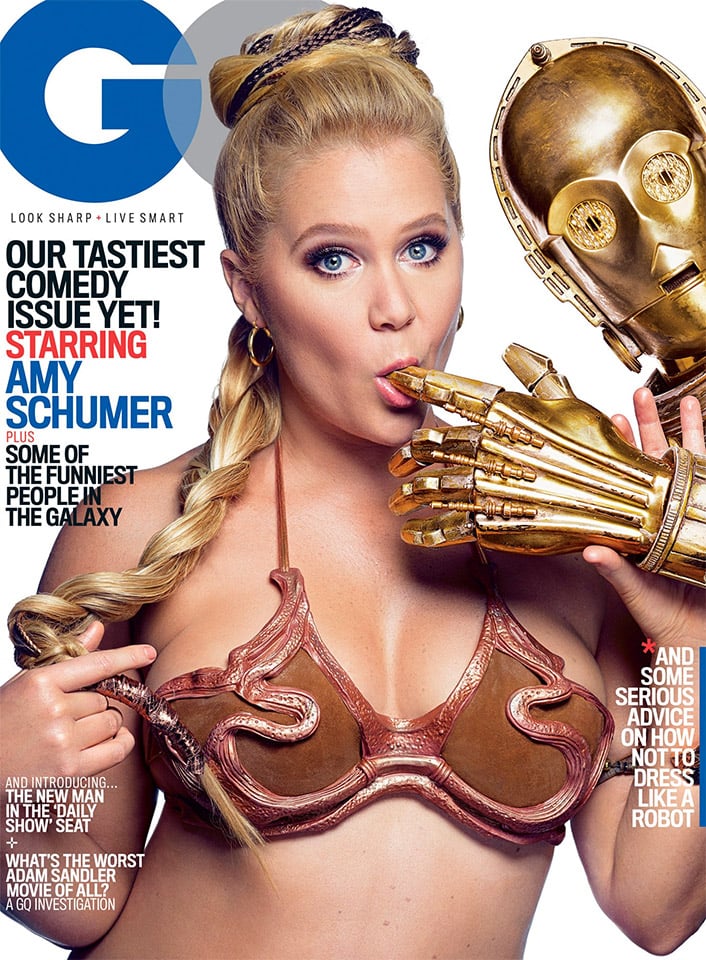 Comedian of the moment Amy Schumer graces the most recent cover of GQ, poking fun at the current Star Wars mania by striking a sexy pose clad as Princess Leia and sexily sucking on one of C-3PO’s golden digits. But things get even more scandalous inside.

Other Star Wars parody images include Schumer kicking it Rockettes style with some stormtroopers, her jamming a phallic lightsaber into her mouth, and sitting topless in a bed caressing R2-D2 as C-3PO lights her cigarette. Of that picture, the outrageous Schumer told Entertainment Tonight, “That was a highlight. We really did have sex.” 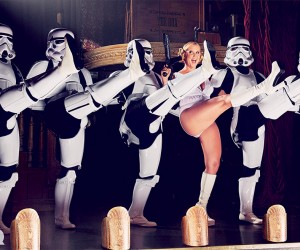 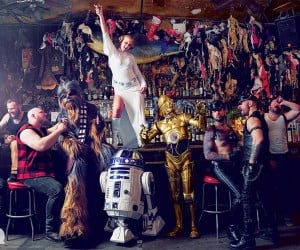 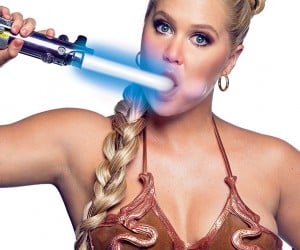 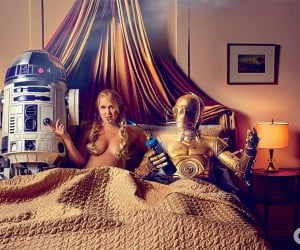 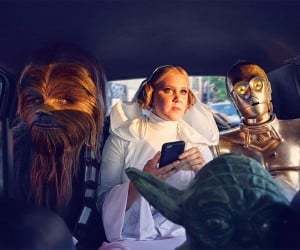 As you might imagine, these images were not an officially sanctioned part of Disney’s marketing blitz for the new Star Wars flick. In fact, the company went to Twitter to express their discontent about the sordid shoot, Tweeting, “Lucasfilm & Disney did not approve, participate or condone this inappropriate use of our characters.” To combat Disney’s squeamishness about the awesome pictures, Mark Hamill Tweeted, “Got excited when I saw @amyschumer @GQMagazine pics & thought she was just cast in Ep 8! We should be so lucky.” I have to wonder, though, just exactly what Hamill meant by saying he got “excited.”