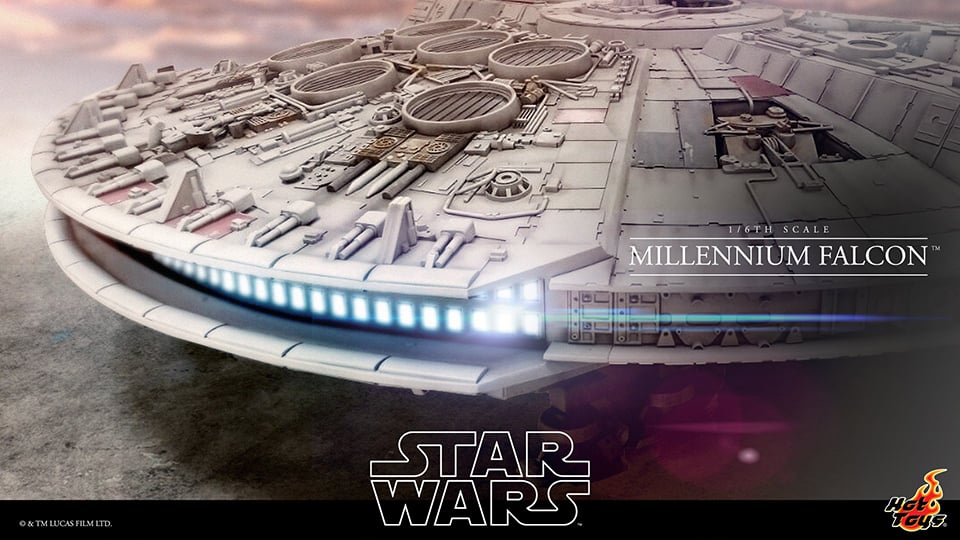 Hot Toys must have been smiling wickedly while the Internet drooled at its sixth scale Millenium Falcon cockpit. It turns out the company is actually making a sixth scale figure of the entire ship. The 18ft. long and 12ft. wide scale model will make its debut at the 2015 Ani-Com & Games Hong Kong later this month.