Man, as awesome as news like this is, it makes me feel old. The Back to the Future trilogy is celebrating its 30th anniversary, so the entire trilogy will be re-released in theaters on October 21st, 2015. If you know your BTTF lore, you know that this is the same date that Marty McFly and Doc Brown traveled to the future in Back to the Future Part II.

This is a great opportunity to see it in the theater again and relive the excitement. Or experience in the teater for the first time. We don;t know where the movies will be shown yet, so you will want to keep your eyes open. Also, on October 21st, all three movies will be released in a special 30th anniversary Blu-Ray box set along with Back to the Future: The Complete Animated Series on DVD – which includes all 26 episodes of the animated show. It will be packaged in a Flux Capacitor case naturally. 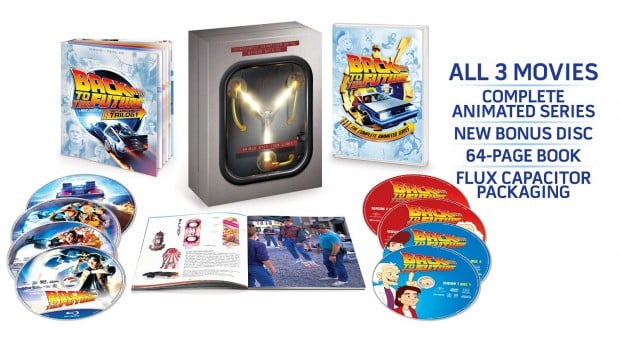