Superhero Book Holders to the Rescue 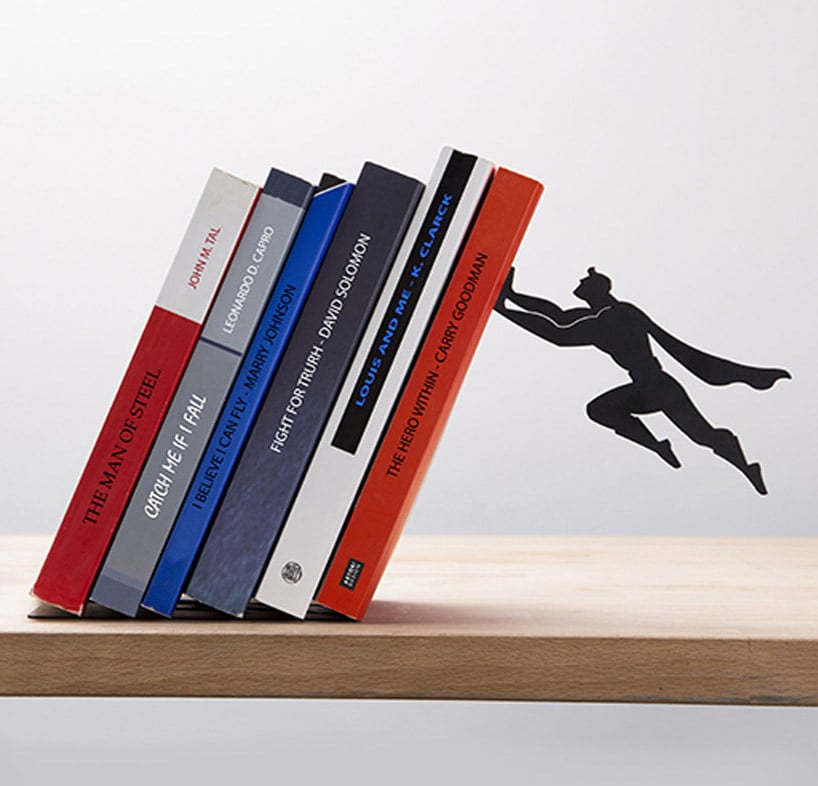 Comic book and superhero fans can be a bookish lot, and many I know have extensive personal libraries that they care deeply about. Well, Artori Design from Israel has created two ways to organize tomes that will enhance the decor of the Comic-Con set.

Both versions look magic, but the illusion (SPOILER ALERT!) comes by way of magnets. The first, Book and Hero, makes it look as if a Superman-esque figure is holding up a precariously leaning stack of books while floating in mid-air. It’s sure to give almost anyone who sees it for the first time a double take and force them to check out how the magic happens. When they see how simple it is they – like me – will wish they had thought of the idea first. 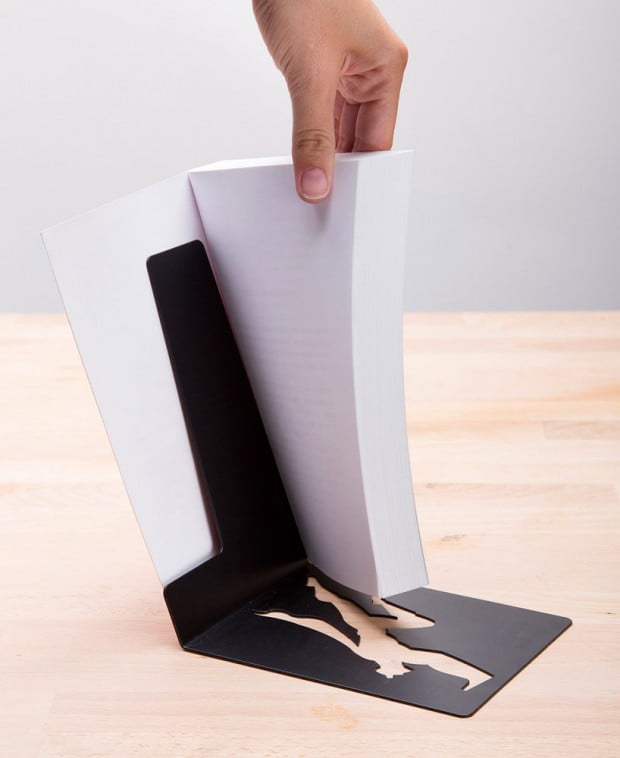 The second book holder is called the Supershelf, which features the same superhero figure, only this time he is holding up a bunch of books from the bottom, as if he had caught them in mid-air while they were dropping to their doom. It works along the same lines as the Book and Hero, but I think it looks a lot more dramatic. 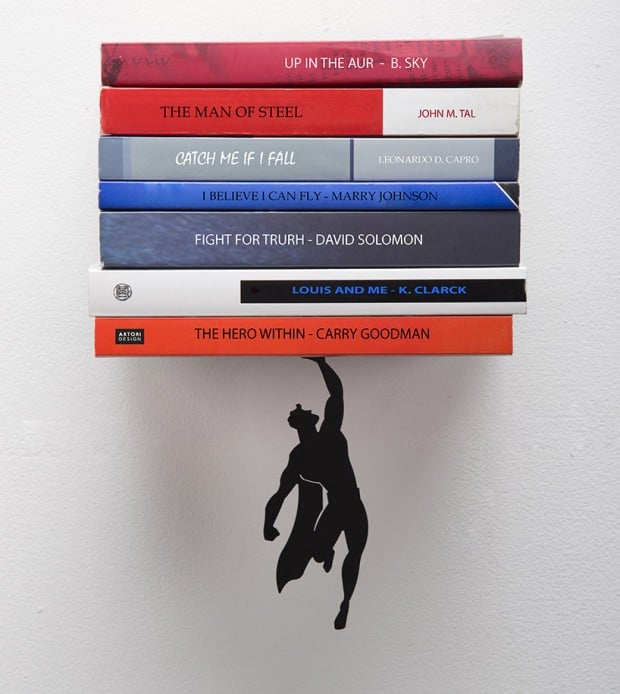 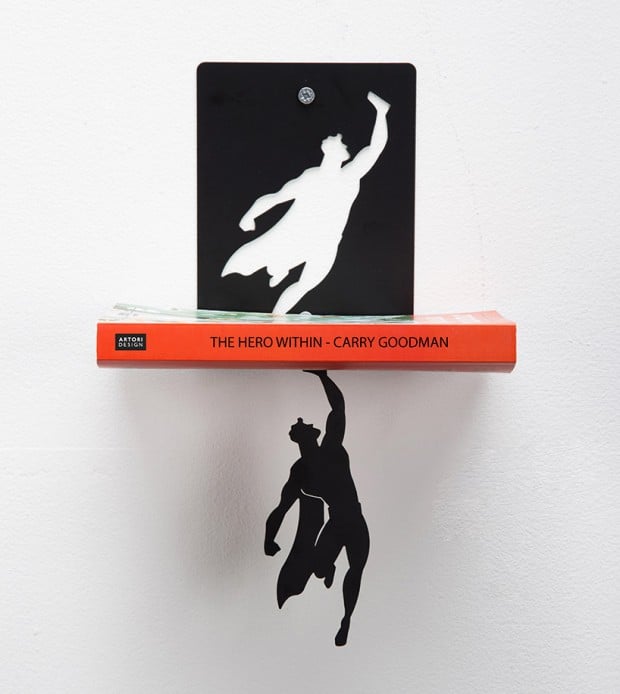 They’re only $25(USD) each from the designboom shop, and if you check them out make sure you read the titles of the books that these literally magnetic superheroes are keeping safe from harm – it could give you some great ideas for how to organize your library.