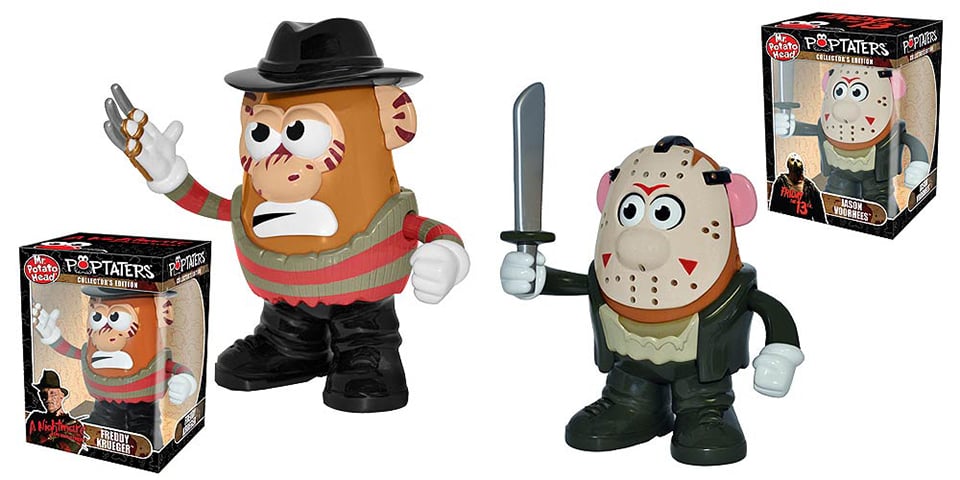 It’s still the middle of summer, but Playskool already has a Halloween treat for collectors in the form of Freddy Krueger and Jason Voorhees Mr. Potato Head Poptaters figures. Jason actually looks cool because he has his hockey mask on, but Freddy is one mean spud, complete with a three-finger knife for his four-finger potato hand.

You can pre-order the figures for $18 (USD) each from Entertainment Earth.