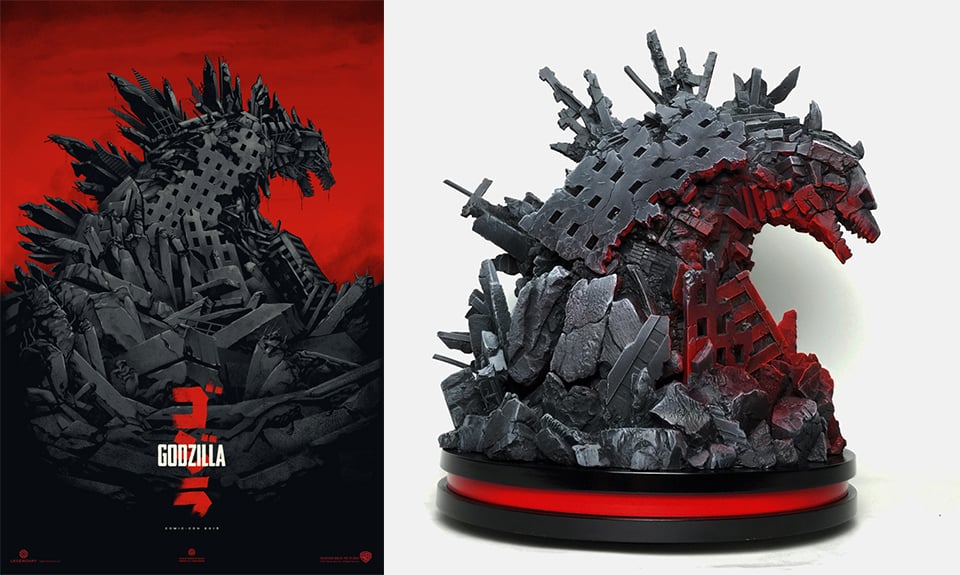 Mondo may be new to making toys, but it’s quickly building up a formidable collection. Its latest revealed collectible is a Godzilla statue, featuring the King of Monsters rising from the rubble. The statue is based on Phantom City Creative’s posters for last year’s Godzilla movie.

Mondo will have a prototype of the statue on display at its SDCC booth, but right now you can head to /Film for a better look at the prototype.