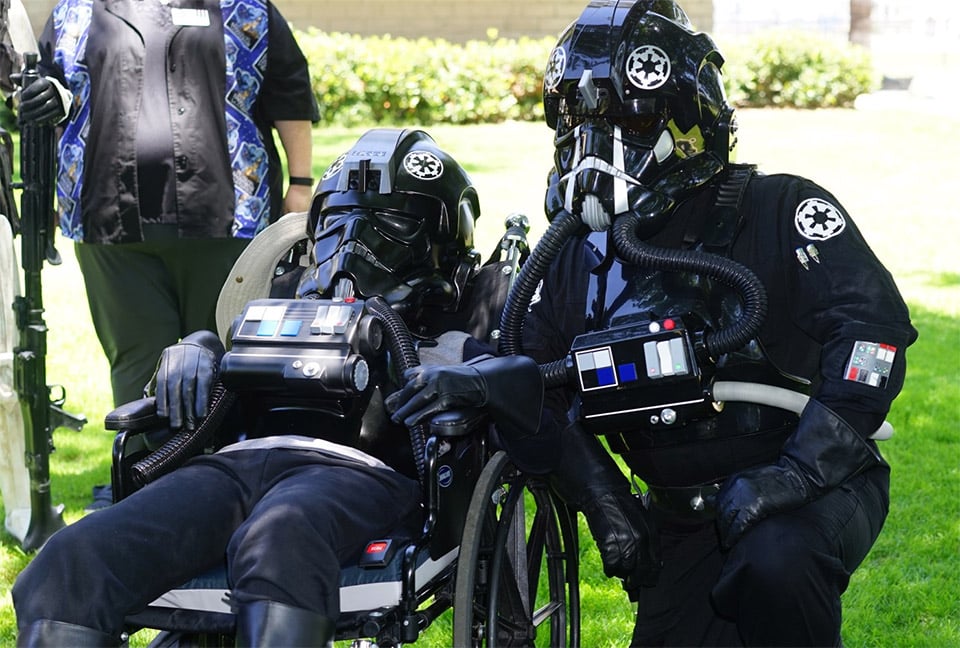 At the end of 2013, California teen Matthew Tillyer came down with severe pneumonia, and complications left him paralyzed from the neck down. A huge Star Wars fan, he created a design to turn his wheelchair into a TIE Fighter, and his dad made the design a reality. Matthew later took his creation to a Star Wars costume contest at Legoland and won first prize. At the event, he also caught the attention of an officer in the 501st Legion, a global costuming organization focused on Star Wars villains. 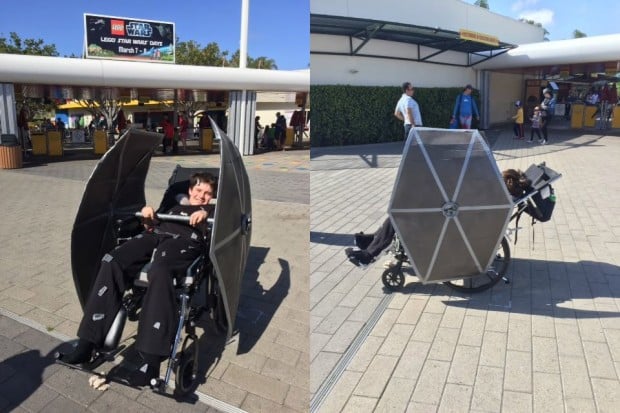 Matthew then took his tricked out wheelchair to another contest, where he met more members of the 501st Legion, telling them that all he wanted was to be “a real TIE pilot.” That’s when the 501st Legion banded together to create an incredible armored costume for him, complete with a bold black helmet, a tailored flight suit and even a blaster. 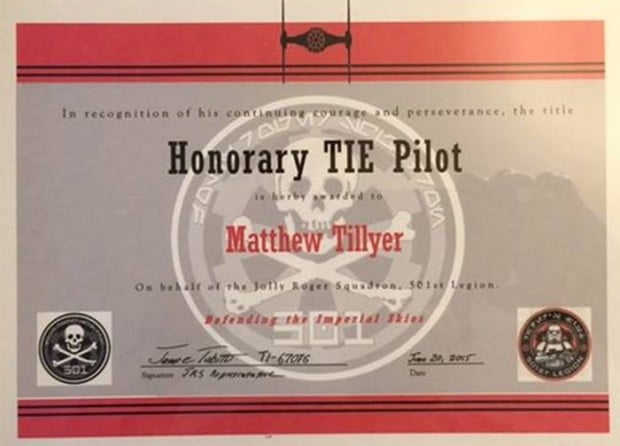 On top of that, the 501st Legion donated $1,500 to help defray Matthew’s medical bills. When presented with the costume, the young man gushed, “I have never been so surprised or delighted as I was today. It is my honor to wear this costume in the days and years to come, knowing how much time, hard work and love all of you put into making this for me.” Who knew guys dedicated to the Dark Side could be so good. If you’d like to learn more about Matthew’s story, visit his Facebook page.