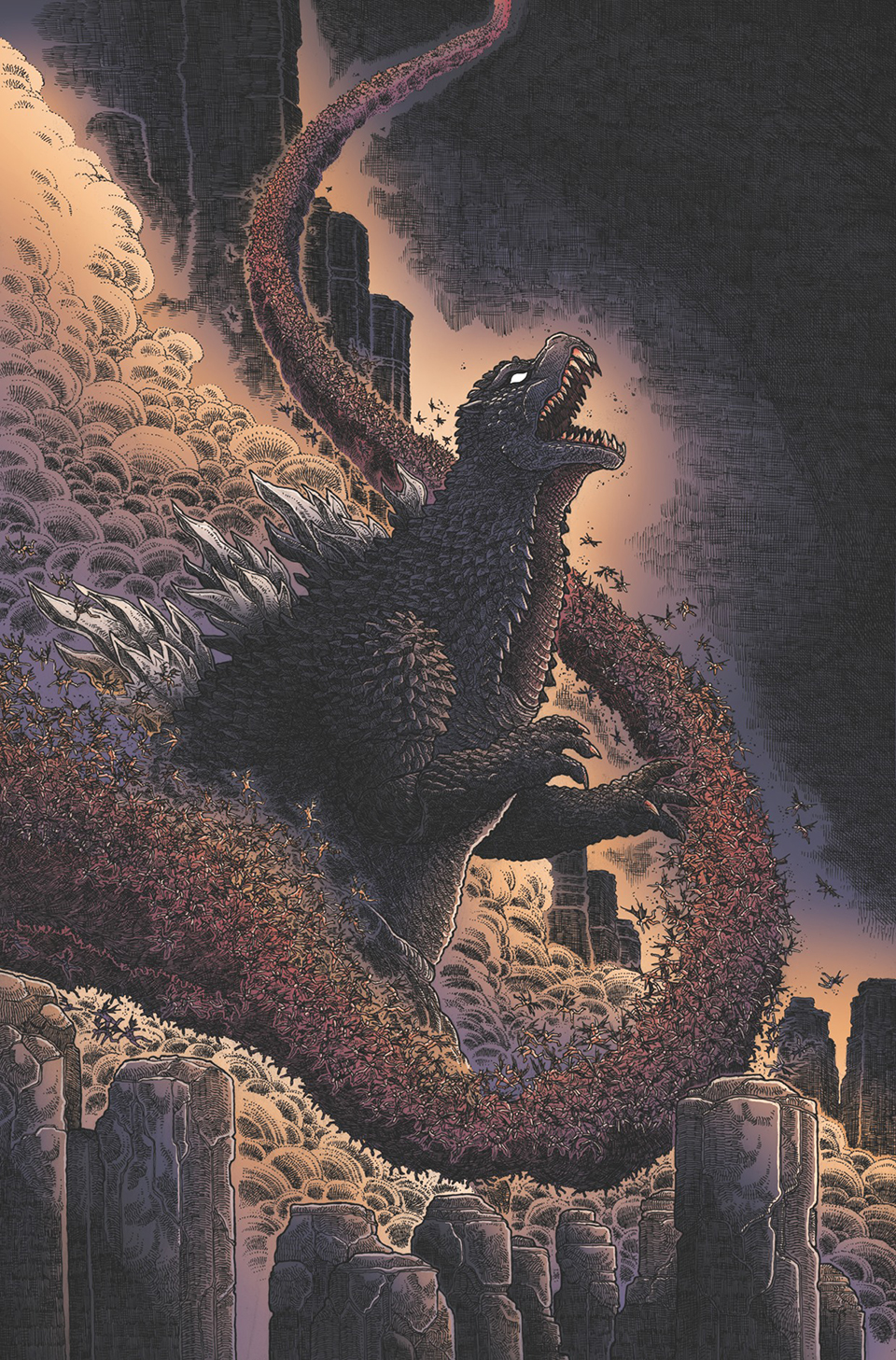 The latest in IDW Publishing’s run of Godzilla miniseries sees the king of monsters literally go to hell. Coming this month, Godzilla in Hell will be another five-issue miniseries that sees the kaiju “plummeted to the deepest, darkest bowels of the infernal kingdom. The mystery of what led to Godzilla’s damnation, and what it will face, will take readers on a dark and twisted journey unlike any Godzilla story before!” Each issue will see Godzilla enter a different level of Hell.

The first issue of the miniseries will be written and illustrated by Orc Stain creator James Stokoe, who previously handled IDW’s Godzilla: Half-Century War. Check out the AV Club’s exclusive preview of the miniseries for more. 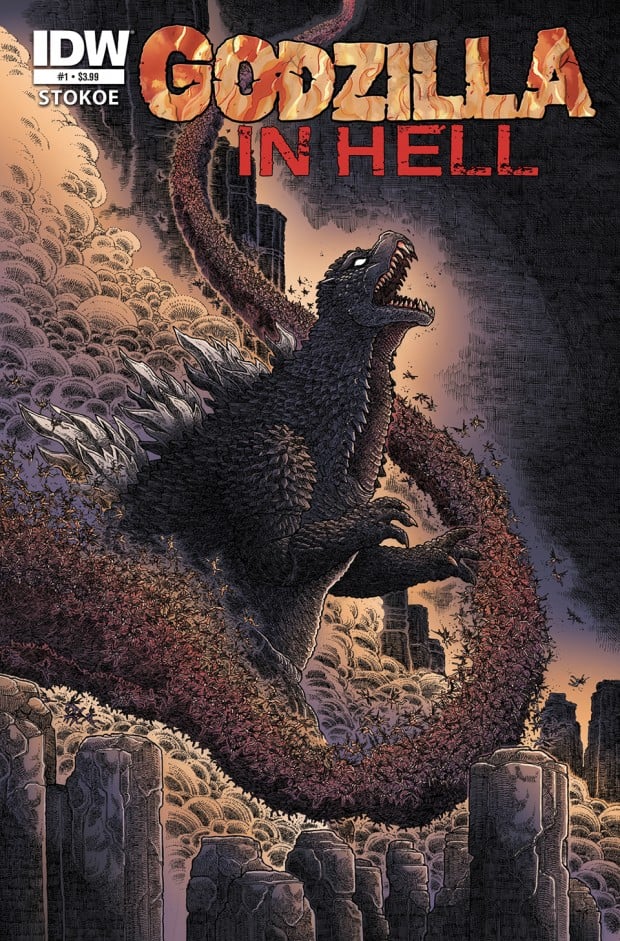 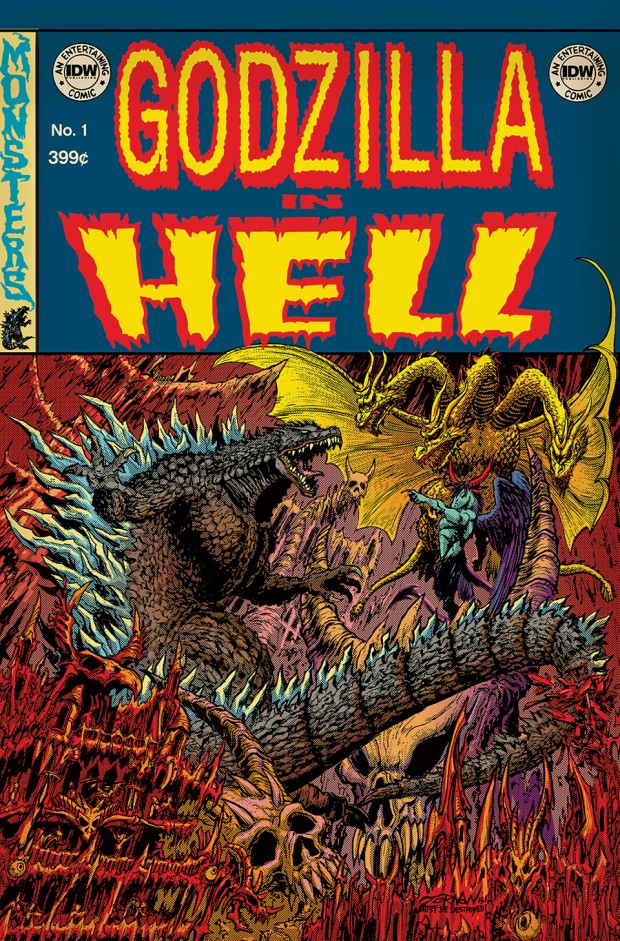 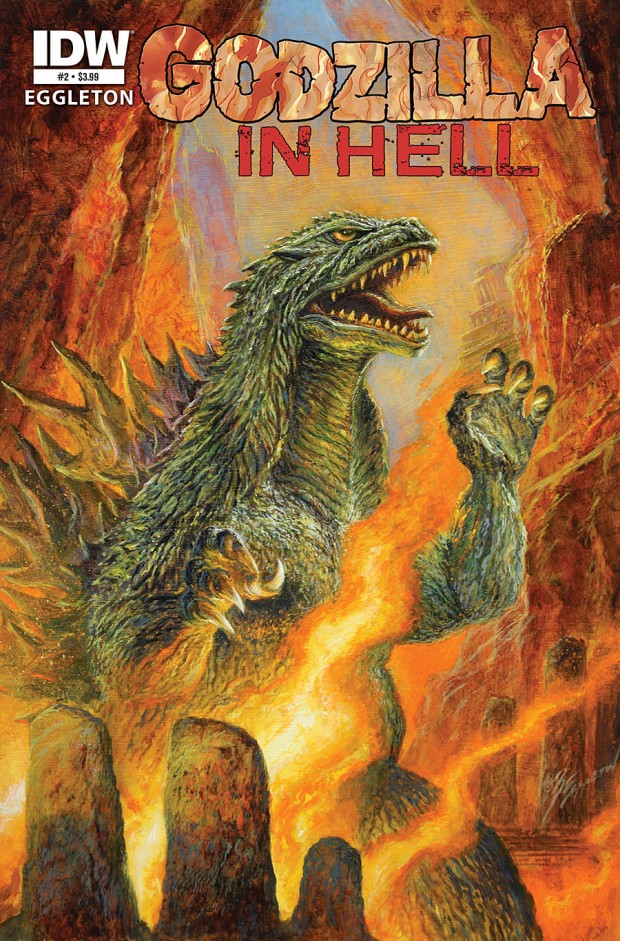