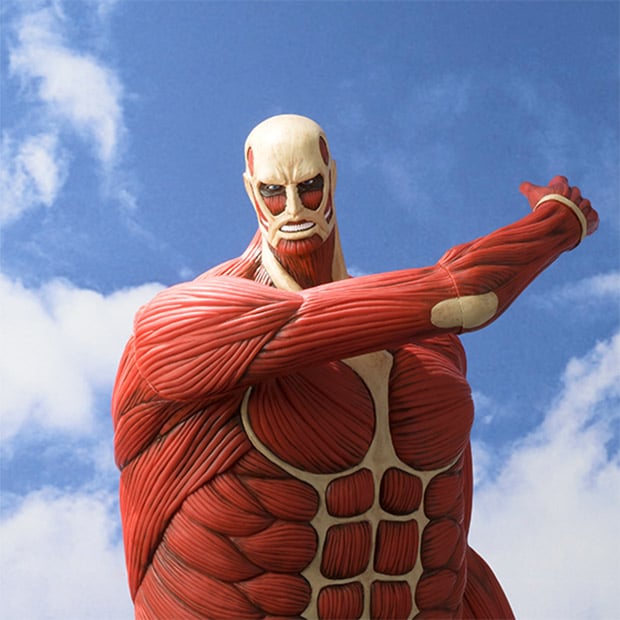 The creepy, exposed muscles of the Colossal Titan from Attack of the Titans makes him one of the most badass characters ever conceived. That, and the fact that he might eat you.

If you’re not afraid of having a miniature version of this guy lurking on your desk, then you’ll want to get your credit cards out now. What we have here is Bandai’s awesome new Colossal Titan coin bank. This thing is enormous, measuring a whopping 23.6″ tall, so it can tower over your other action figures as they cower in fear. 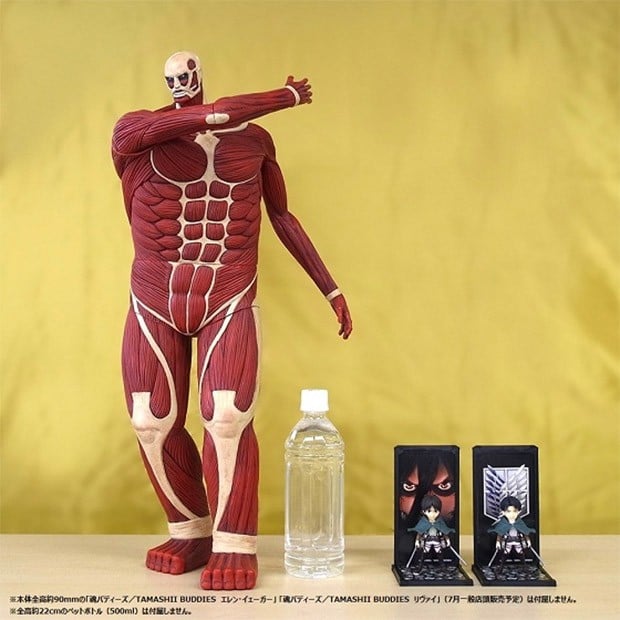 On the plus side, he’ll serve as a constant reminder that you need to save money. If you don’t feed him coins, he’s likely to get hungry and start munching on your flesh. 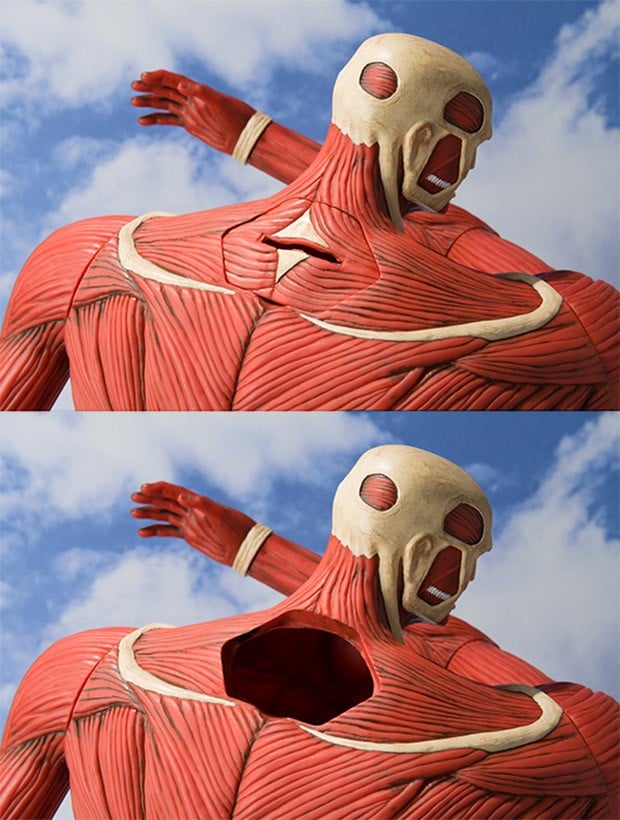 At this point, the Colossal Titan coin bank can be pre-ordered from the Bandai Premium Store (JP), for ¥25,920 (~$209 USD), making it one of the most expensive piggy banks I’ve ever seen. But I’m not gonna argue with this thing. Are you? 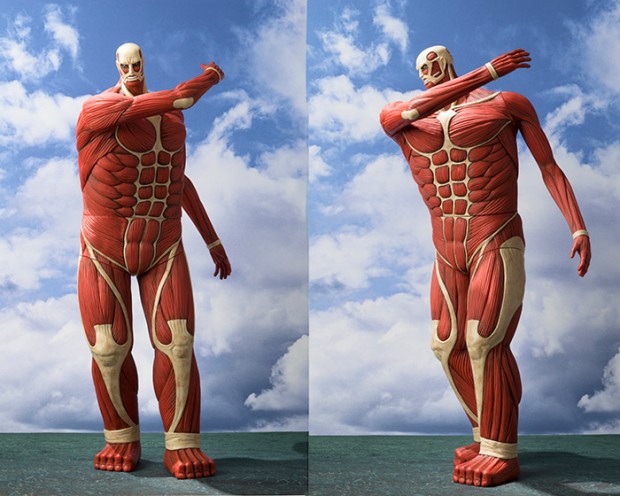