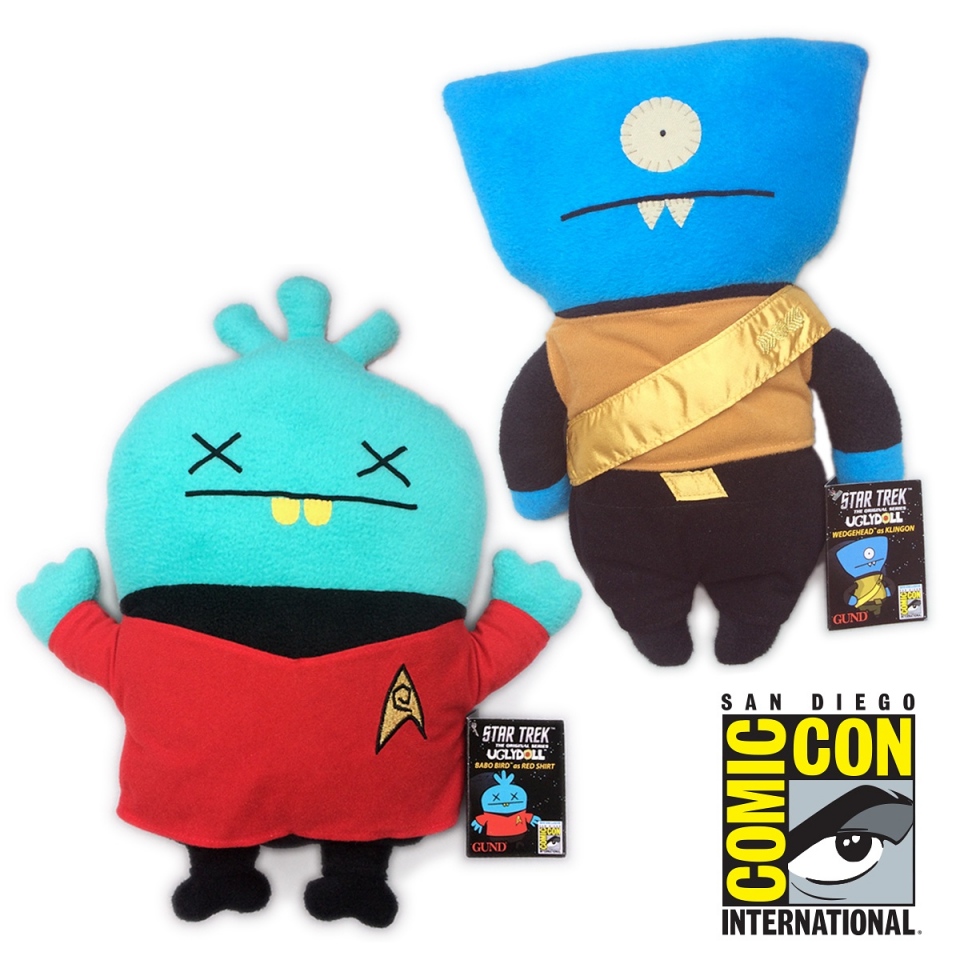 Uglydolls really do live up to their name. These guys got shot by phasers set to ugly, that’s for sure. But that doesn’t mean that geeks don’t find them cuddly and cute. Gund Toys has revealed two new Star Trek Uglydolls, which will be available exclusively at the San Diego Comic-Con next month.

Babo Bird is a redshirt, looking appropriately dead. The other new guy is Wedgehead as a ridgehead, I mean Klingon. These two join the five other TOS characters that were released earlier in the year. You know what? These ugly guys are pretty cute. I will be interesting to see what other Trek characters they release in the future.