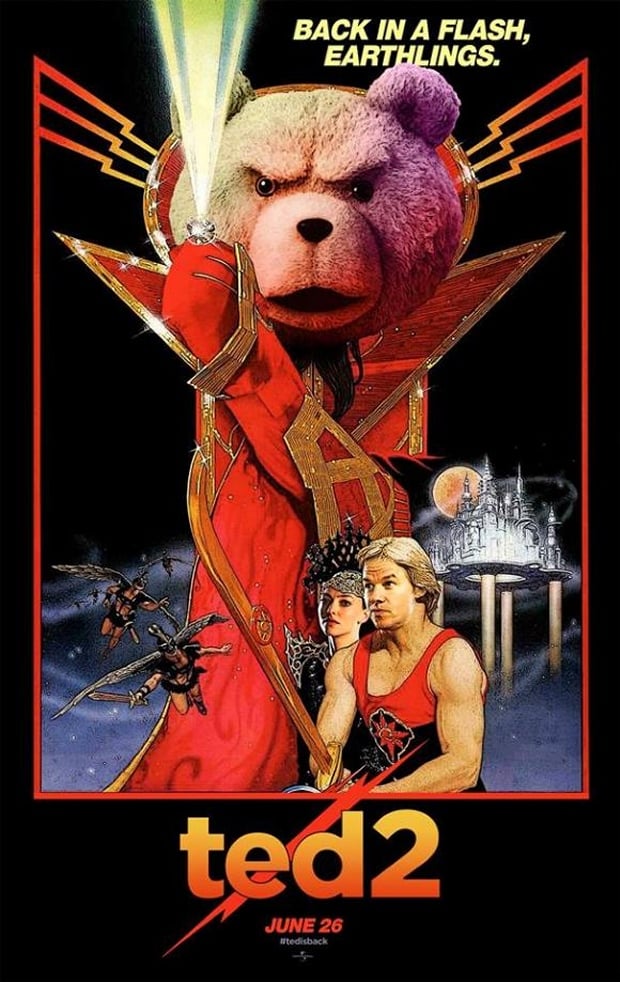 Flash Gordon and Ted are back together again. Universal Pictures has released a new poster for Ted 2, one inspired by the theatrical poster of the classic sci-fi movie.

If you’ve seen Ted, you already know that they are fans of Flash Gordon. The movie even featured an awesome cameo by Flash himself, Sam J. Jones. That was one of the things that made the first movie so awesome. Well, Jones is back for the sequel, so we can expect a lot more references to the movie. Yes! Now I am excited about it. I guess this poster is their way of letting us know we are in for more Flash Gordon.