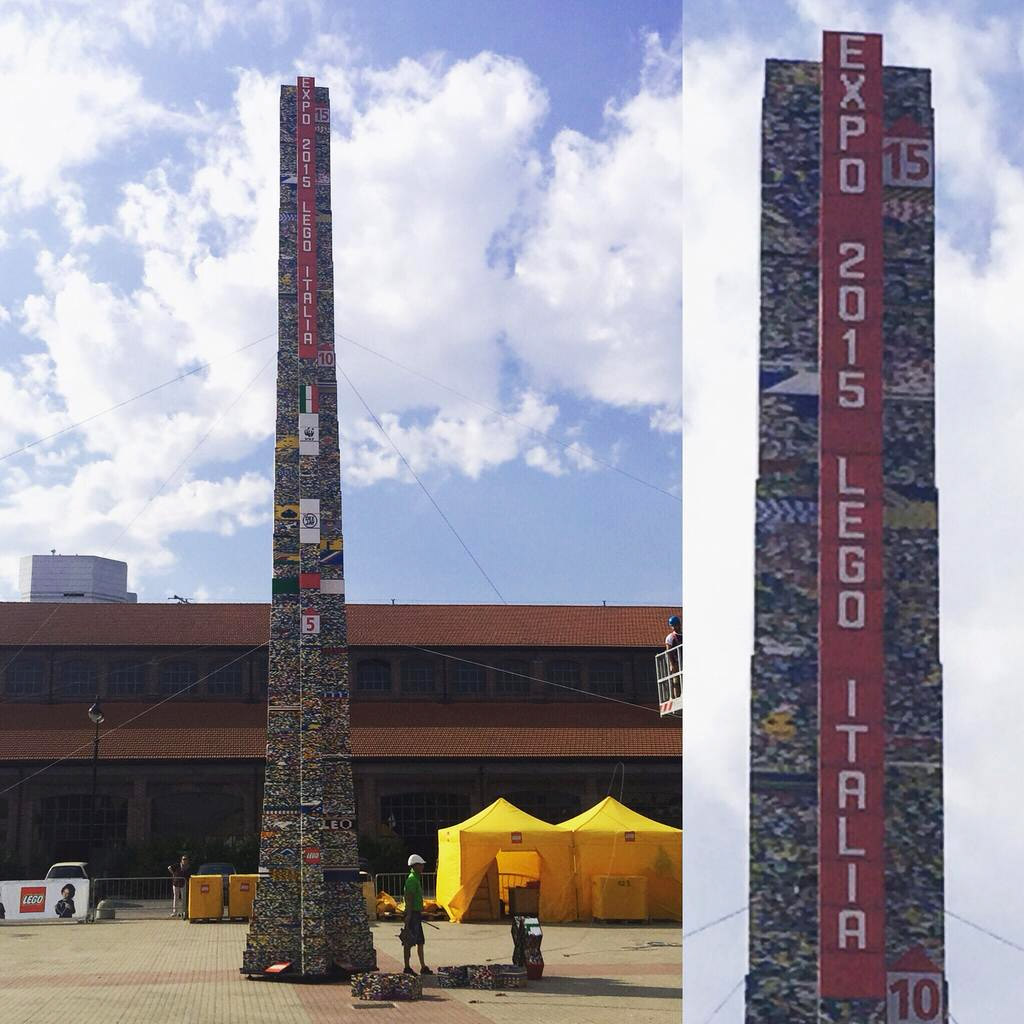 I spend a lot of time these days making towers out of LEGO bricks with my 3-year-old son. He likes to make them as tall as we can, before he topples them over with a crash (that may or may not annoy the downstairs neighbors depending on what time of day it is). I think our record height for a tower is about four feet tall.

Which is why I am so impressed with the new record just set in Milan, Italy for the tallest LEGO tower ever made. It’s almost 120 feet tall! It just barely bested the old record of approximately 114 feet.

The incredible rainbow-colored structure took five days to build, employed 18,000 volunteers, used almost half a million LEGO bricks and is reminiscent of the current world’s tallest building, the Burj Khalifa in Dubai, which is 2,700 feet tall. The image of a giant construction crane being used to put on the very last brick gives you an amazing perspective of just how massive this structure is.

I am just glad my son wasn’t there to see it, because I know he would have tried to rush in and knock it over.