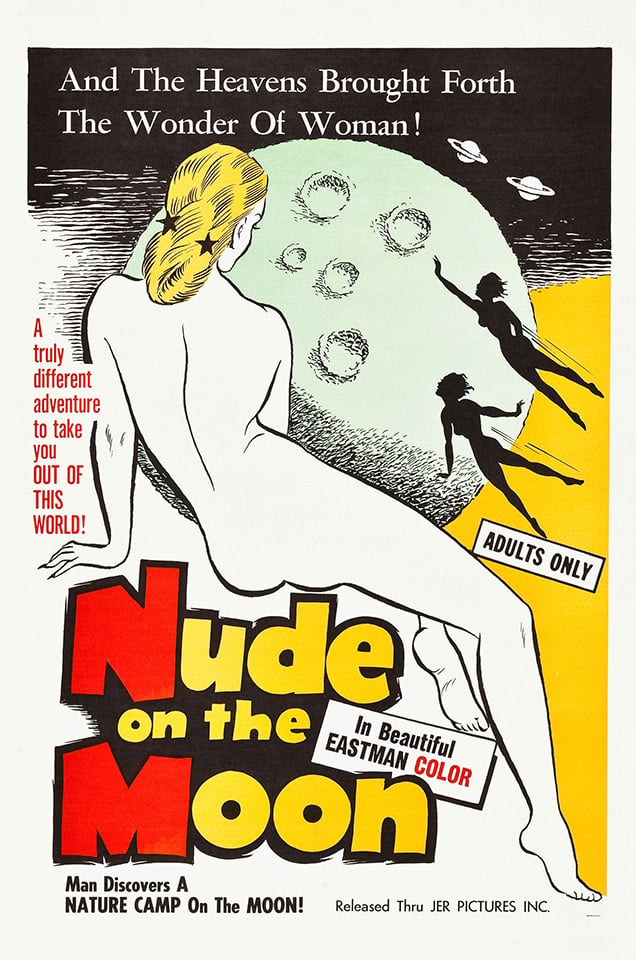 I have watched Antiques Roadshow long enough to know that when it comes to movie posters, their value is all tied up in both condition and rarity. Which is why so many collectors are buzzing about a cache that is going to be sold by Heritage Auctions between July 25 to 26th

Edward Sommer, the owner of an employee benefits firm headquartered in Ohio, acquired the sci-fi and monster movie posters over about two decades, eventually amassing close to 350 which some experts say are worth a total of about $150,000. The one in his collection that people are most interested in advertises a 1961 sexploitation flicked titled Nude on the Moon. The movie was initially banned because it contained nudity, which was a no-no at the time, unless the film was a documentary focusing on a nudist colony. Doris Wishman, the director, argued her film met that standard because it was about a nudist retreat that space explorers discover on the moon. The incredibly catchy and kitschy poster shows several sexy nude silhouettes with the moon in the background and makes sure that potential viewers know it is for “Adults Only.” The poster is estimated to be worth about $4,000.

Other posters that will be up for sale include ones promoting 1954’s Tobor the Great (“MAN-MADE MONSTER WITH EVERY HUMAN EMOTION”), 1956’s Forbidden Planet, which stars Leslie Nielsen, and my favorite, 1955’s Tarantula (“CRAWLING TERROR 100 FEET HIGH!”). 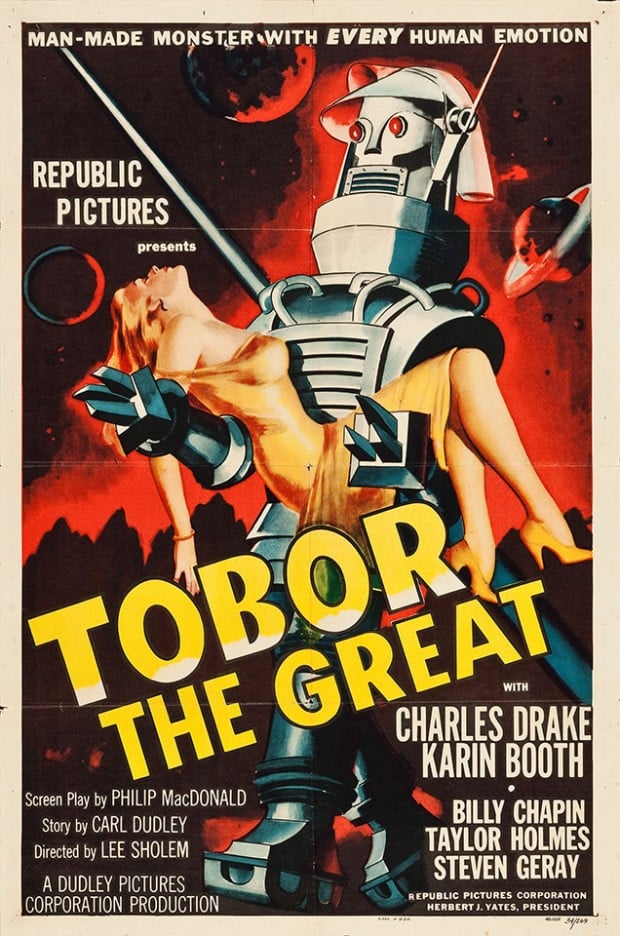 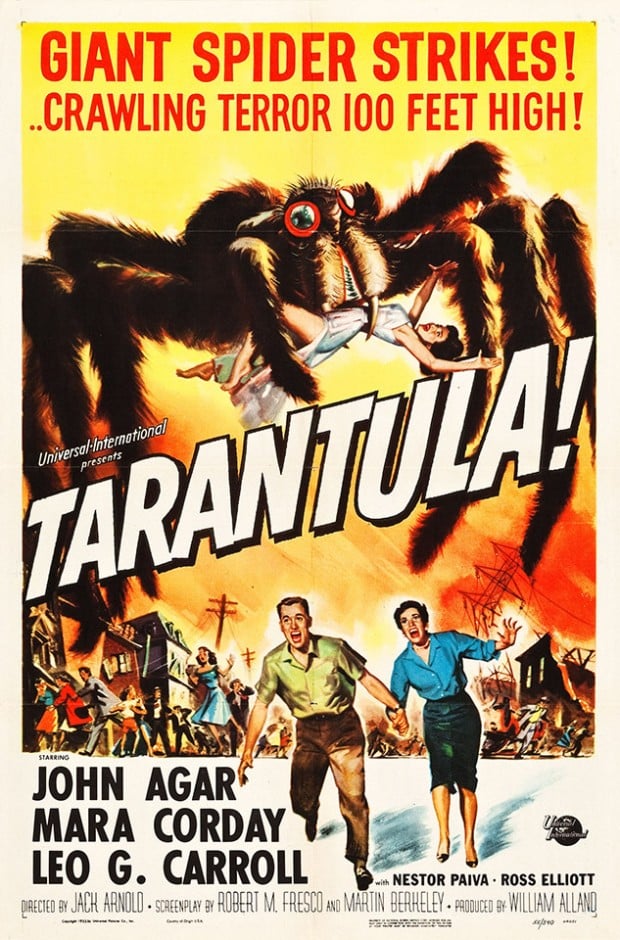 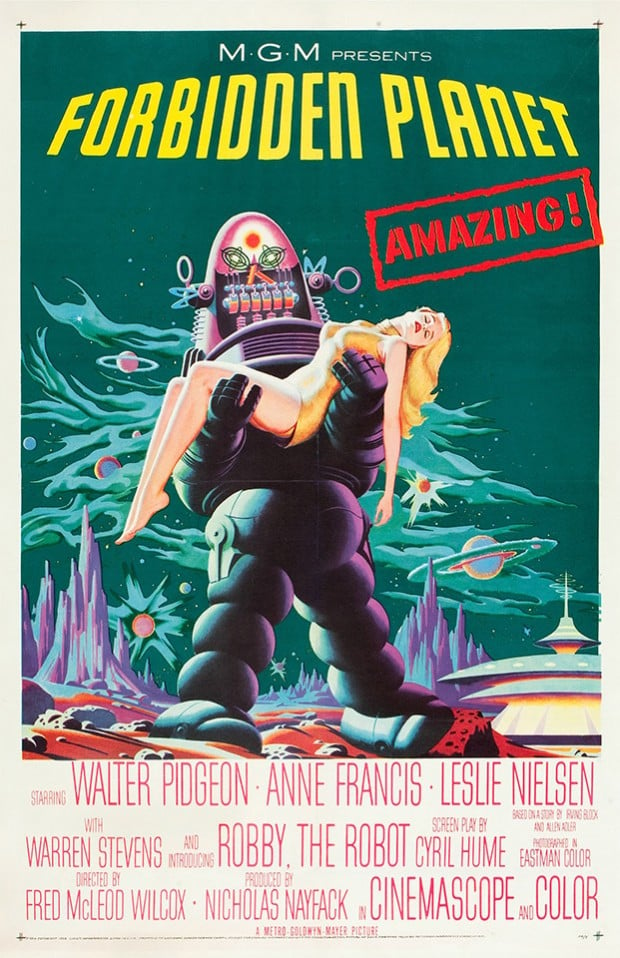 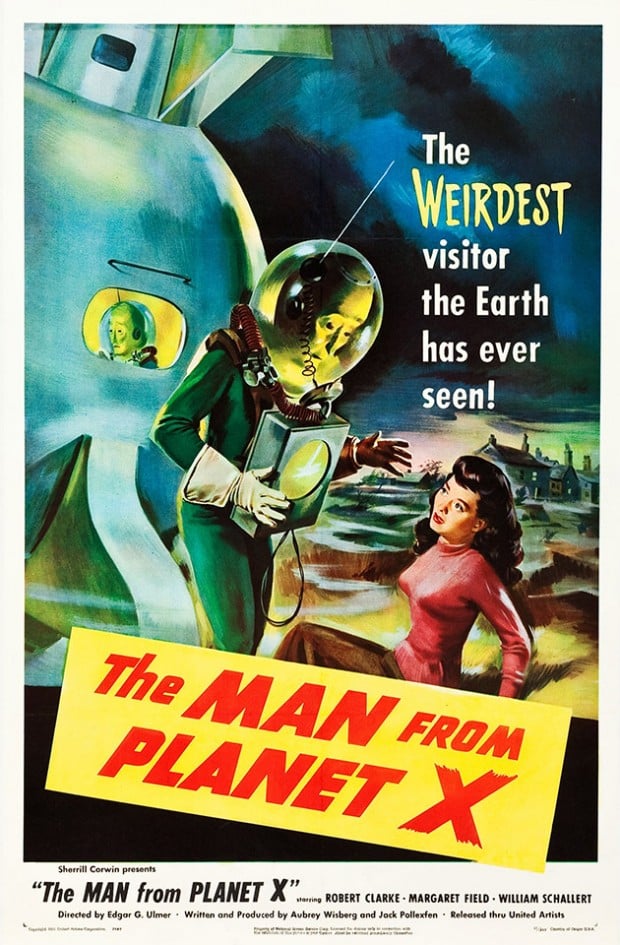 What inspired Sommer to collect these geniously schlocky posters? “I’d seen a lot of the movies when I was a kid. They were all entertaining but most of the time, the monster or sci-fi creature in the poster looks better than what you see visually in the movie.”