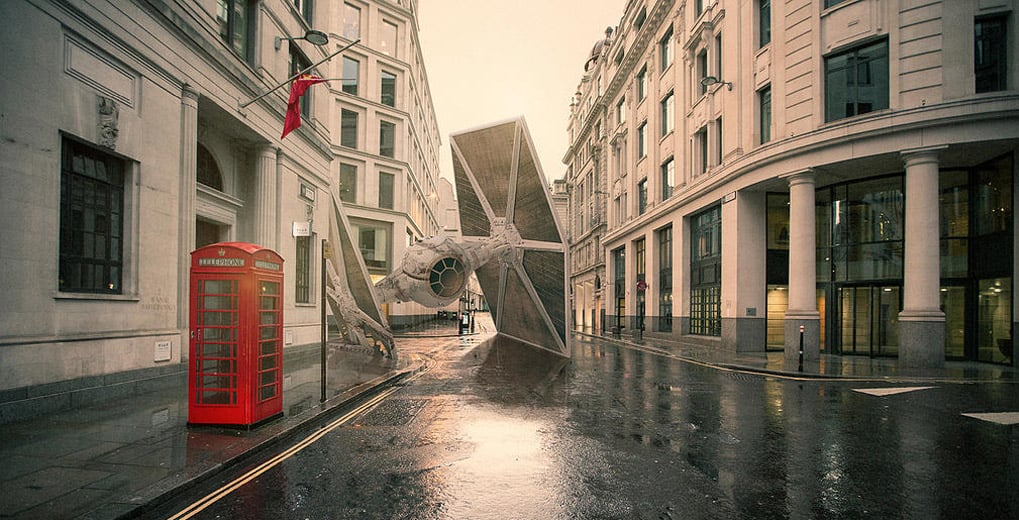 The Force Awakens has yet to crash into theaters, but that has not stopped French artist Nicolas Amiard from imagining what it would look like if battleships and fighters from the series had crashed into some of the world’s biggest cities. 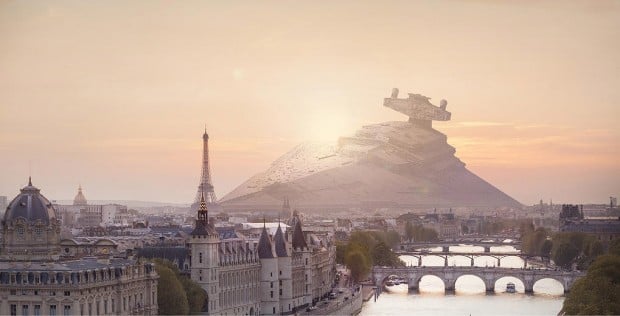 His amazing series depicts eight such scenes in stunningly realistic detail. They include an Imperial Cruiser laying on its side nestled right up next to the Eiffel Tower, a Rebel Fighter jammed into a tiny Tokyo side street, a Trade Federation Ship resting in the water in Rio as the world famous Christ the Redeemer statue looks down upon it, and a disproportionately large Millennium Falcon half in and half out of the Hudson River balancing on the sea wall at the downtown tip of Manhattan. 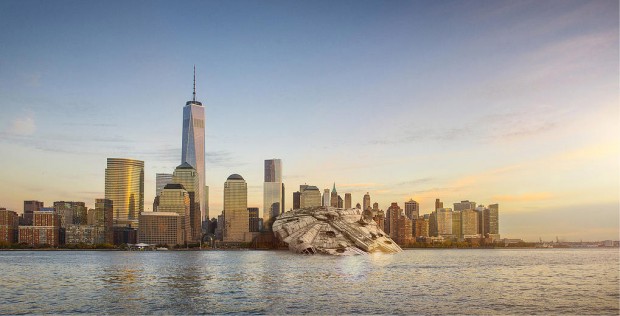 While the images are incredibly arresting, I have one issue with the series – no one seems to care that the ships are even there. No crowds are either running to or from the incredible scenes. And in one picture that shows an X-Wing fighter wrecked in a Venice canal, the gondola driver approaching it seems almost unaware of the amazing sight just in front of him. In the end, a little smoke, fire and frenzy might have made these super cool images even more compelling. 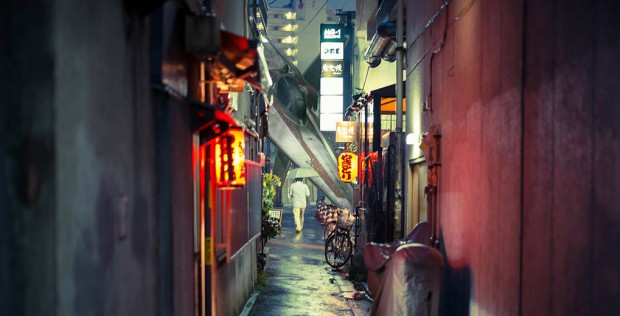 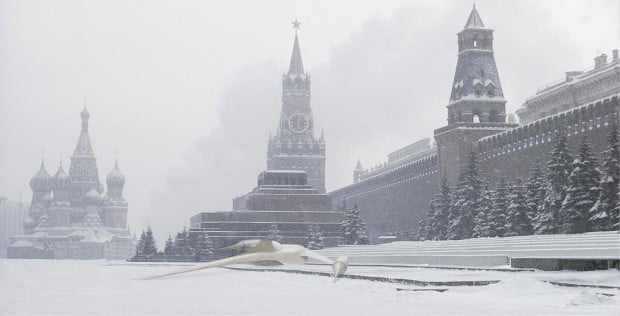 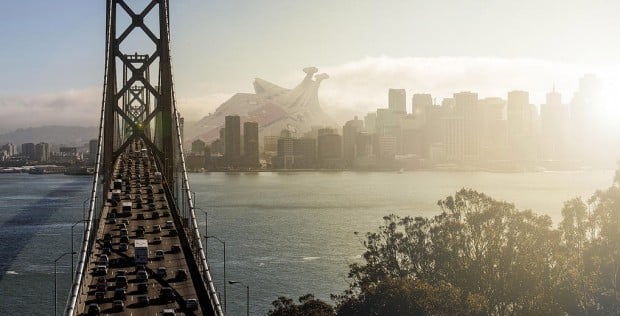 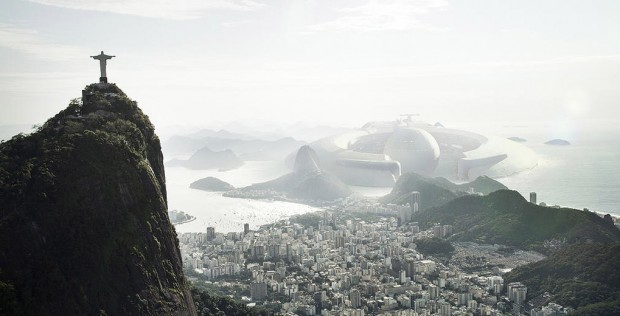 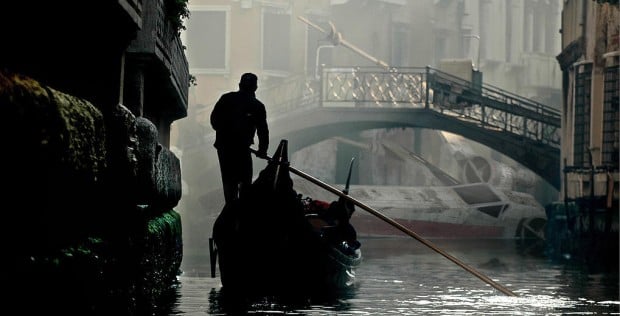