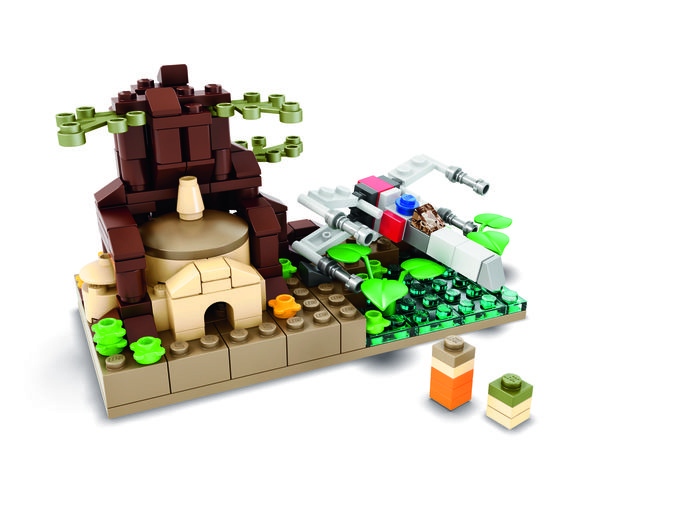 LEGO fans already have plenty of Star Wars sets to keep them busy, but here’s one they don’t have yet. LEGO has revealed their SDCC 2015 exclusive. It is a diminutive 177-piece Dagobah Set. Build or build not, there is no try.

While most fans are waiting more news about The Force Awakens, LEGO has announced a return to the franchise’s roots. The original trilogy. This set recreates one of the classic scenes from The Empire Strikes Back. Luke’s X-wing and Yoda’s hut are a part of the set. If you want this set, it’s only available at the upcoming 2015 San Diego Comic-Con. First, you’ll have to pick up a ticket at the Pavilion Terrace. If you win the lottery, you will be able to purchase this set for $39.99(USD) at the LEGO booth in Hall D, booth #2829.