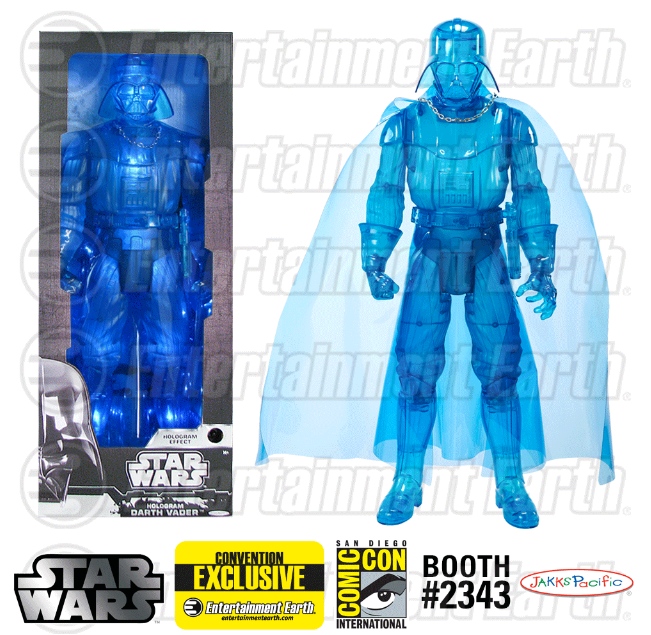 If you like to collect all kinds of Darth Vaders, this one should not escape your grasp. Grab it with the force before it is gone like you are choking an blundering underling. It is the limited edition Star Wars Darth Vader Holographic 20-inch Action Figure.

This is a clear blue Sith Lord with seven points of articulation all decked out in blue like his hologram transmission in The Empire Strikes Back. This is the very first holographic Darth Vader action figure in scale with the actual size of the holograph signal used to communicate with General Veers in the film. So now you can pretend that Vader is skyping you.

Vader comes in his classic costume, with a silver chain on the cape. The box has Battle of Hoth backdrop and silver foil highlights. It even lights up, so when you push the button on the box this hologram comes to life. Pretty cool. It will only be sold at San Diego Comic-Con 2015 at theEntertainment Earth booth #2343.