Sci-Fi Hall of Fame a Bit Late on Some Inductees 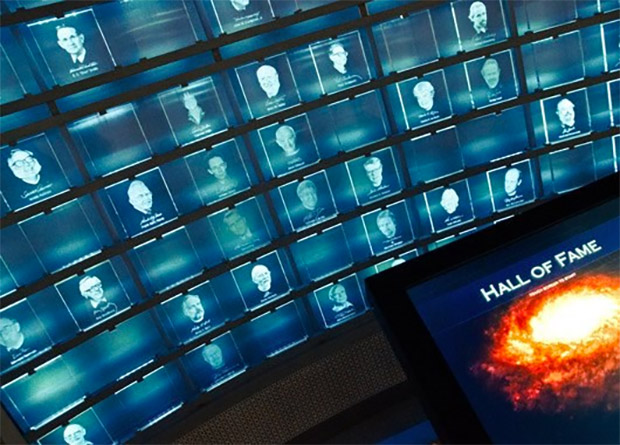 The Science Fiction Hall of Fame, headquartered in Seattle’s EMP Museum (my least favorite Frank Gehry building, BTW) recently announced its roster of inductees for the class of 2015, who will receive their honors on June 27. It’s an interesting array of very deserving folks, but two really stand out to me, and not for a good reason.

On the list are University of Kansas Emeritus Professor James Gunn (not that James Gunn), a Hugo Award-winning author and the Founding Director of the Center for the Study of Science Fiction; Japanese animation director Hayao Miyazaki, who co-founded the highly successful Studio Ghibli; the late illustrator John Schoenherr, who created the dust jacket for the mega-classic Dune; and another illustrator, Jack Gaughan, who won several Hugo Awards and was a driving force at Galaxy Magazine.

And who is on the list who upsets me? First Kurt Vonnegut. Why? Because the Science Fiction Hall of Fame was created in 1996, and to wait this long to induct an author with Vonnegut’s impact on the genre seems like a slap in the face. But if Vonnegut’s belated induction is a slap in the face, then waiting until now to honor film director George Méliès is nothing short of completely shortsighted. While Melies is not a household name, his 1902 film A Trip to the Moon may be the most influential science fiction movie ever made. The idea that Melies was not in the first class inducted into the Hall of Fame is akin to waiting until now to induct Robert Johnson into the Rock and Roll Hall of Fame.